Get the app Get the app
Already a member? Please login below for an enhanced experience. Not a member? Join today
News & Videos Flight Design highlights CTLSi GT

Flight Design, maker of the CT-series of high-wing light sport aircraft that suffered through financial hardship in recent years, expects to deliver 20 CTLSi GT (Grand Touring Edition) model aircraft this year, and returned to EAA AirVenture in Oshkosh, Wisconsin, to highlight the offering. 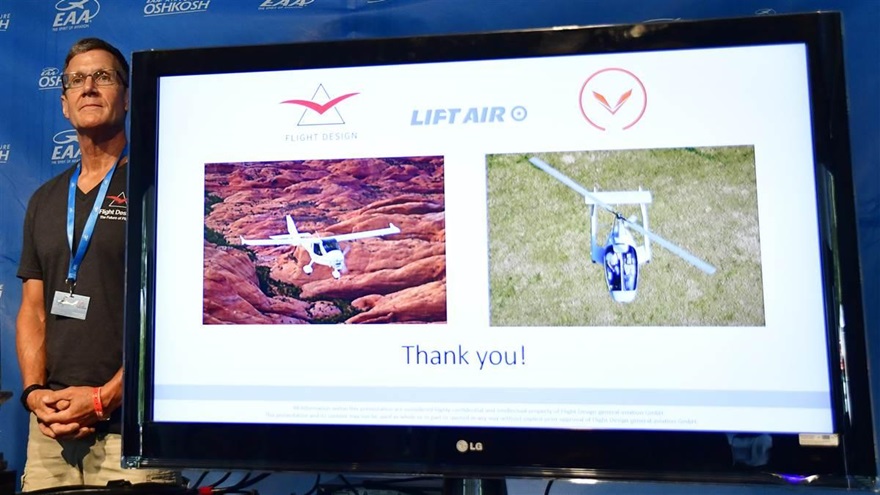 The new model was first announced in late 2017, soon after the company emerged from receivership with new owners, LiftAir of Eisenbach, Germany. The CTLS GT is powered by a 100 horsepower Rotax 912 iS Sport fuel-injected engine, with a panel that features Dynon’s Skyview HDX digital display with two independent attitude heading and reference system (AHARS) units—each with their own pitot tube—for redundancy.

Flight Design USA President Tom Peghiny said the aircraft would be delivered for $179,000. He explained that customers requested “a fully loaded aircraft” and the GT contains every option available, including Automatic Dependent Surveillance-Broadcast Out capability to comply with the 2020 ADS-B mandate.

"We’ll probably do 20 this year,” he added, “and you can’t put anything else on it. They come completely loaded, with ADSB-In and -Out, a ballistic parachute system, glass panels, and other high-end features."

When asked about the potential effect of a trade tariff, Peghiny pointed out that Flight Design aircraft contain many parts manufactured or sourced in the United States. “We are trying to protect ourselves by buying U.S. content including BRS parachutes, Whalen lighting, Artex ELTs, Dynon Avionics” and other components from U.S. suppliers. “We’ve done that all along, so we could insulate ourselves from exchange rates and give stable pricing to our customers.”

He said the company started delivering the GT “earlier this year.”