Get the app Get the app
Already a member? Please login below for an enhanced experience. Not a member? Join today
News & Media Training Tip: A hazy understanding
Sponsored by Aircraft Spruce

How’s this for no-worries flying weather: Calm wind, seven miles visibility, clear sky, high pressure, a good temperature-dewpoint spread. Weeks can pass without such nice conditions, so the urge to rush out for a quick practice flight is strong. What could go wrong? 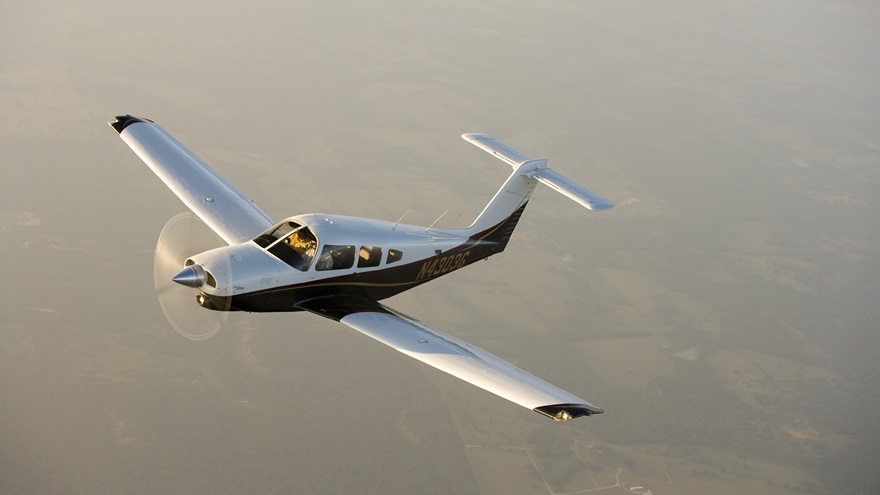 Haze can still factor into the overall weather picture despite a forecast of calm wind, clear sky, and seven miles visibility. Photo by Mike Fizer.

Lots, if the conditions seem so ideal that you fail to delve deeper into the weather picture. What it has already told you suggests that caution is advised.

Everyone loves zero wind for flying, but combined with high pressure and cloudless skies, it is likely that a highly stable air mass is in place, which seems benign but may have some risky elements.

For example, “7SM” visibility sits comfortably in VFR territory—but something is keeping visibility from being called “unrestricted.” What’s up with that?

The wary pilot will survey nearby airports’ METARs as well as pilot reports for any containing “HZ” (haze).

Haze—"a suspension in the air of extremely small particles invisible to the naked eye and sufficiently numerous to give the air an opalescent appearance,” officially speaking—is funny stuff. Take off to the east around sundown and it may seem a negligible concern. Turn around and fly toward the setting sun and you may find yourself brushing up quickly on your flight-solely-by-reference-to-instruments skills.

Haze can look blue against one sort of background and yellowish against another; either effect confirms it is haze you are flying in, not fog, which according to FAA literature produces “a gray obscuration.”

Cruising at low altitude, you decide that haze is a minor annoyance only. But climb higher and the ground may fade to a vague splotchy outline, even if you are flying hundreds of miles from the nearest cloud.

Having flown into a seriously hazy air mass, the good news is that haze tends to be only a few thousand feet in thickness, having a definite upper limit above which the visibility is splendid. (The bad news is that haze’s ceiling can be “upwards to 15,000 feet.”) Some sunglasses help you see better in haze.

Day or night, haze has been cited in accidents, as when a Piper PA–28–180 struck trees on a night VFR approach to a Michigan airport under conditions described as “marginal VMC with haze.”

Every pilot loves to see “CLR” and “0000KT” in weather observations. Also check to make sure “HZ’ isn’t an obscure part of the big picture.

Haze is a common stable air phenomenon in late summer in the Northeast. When does it appear in your area? Share your experience at AOPAHangar.com.