Get the app Get the app
Get the latest news on coronavirus impacts on general aviation, including what AOPA is doing to protect GA, event cancellations, advice for pilots to protect themselves, and more. Read More
Already a member? Please login below for an enhanced experience. Not a member? Join today
News & Videos Change your mind

Practice and perfect your go-arounds

When is a go-around appropriate? Consider these scenarios: 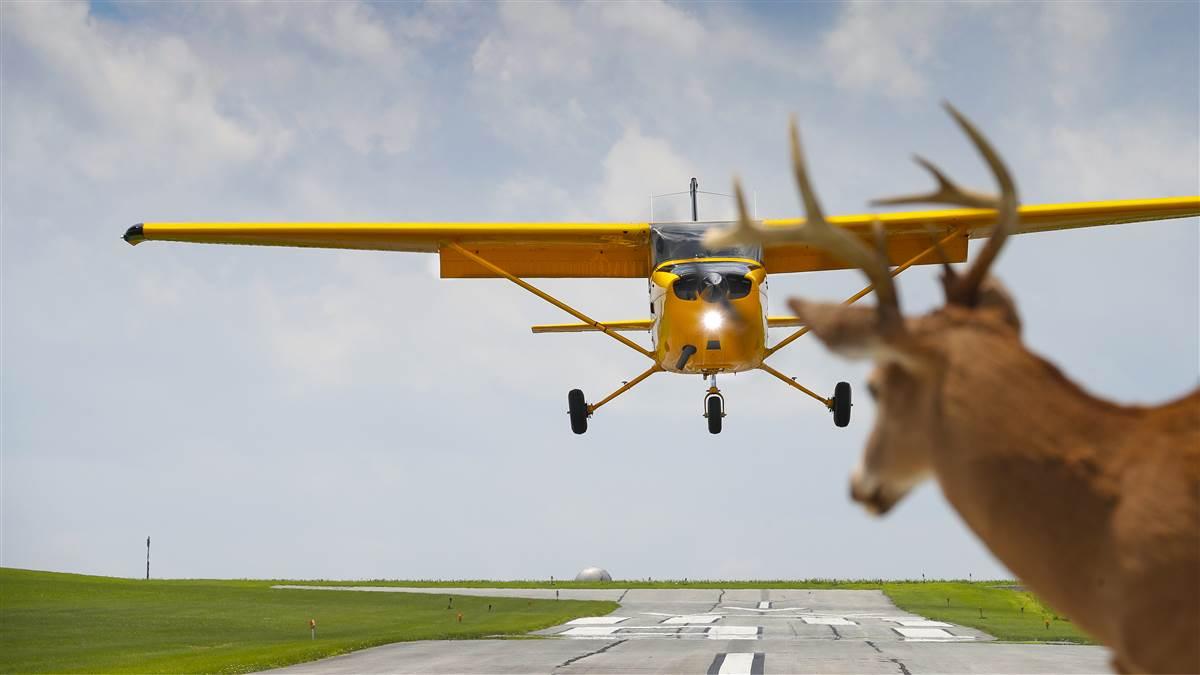 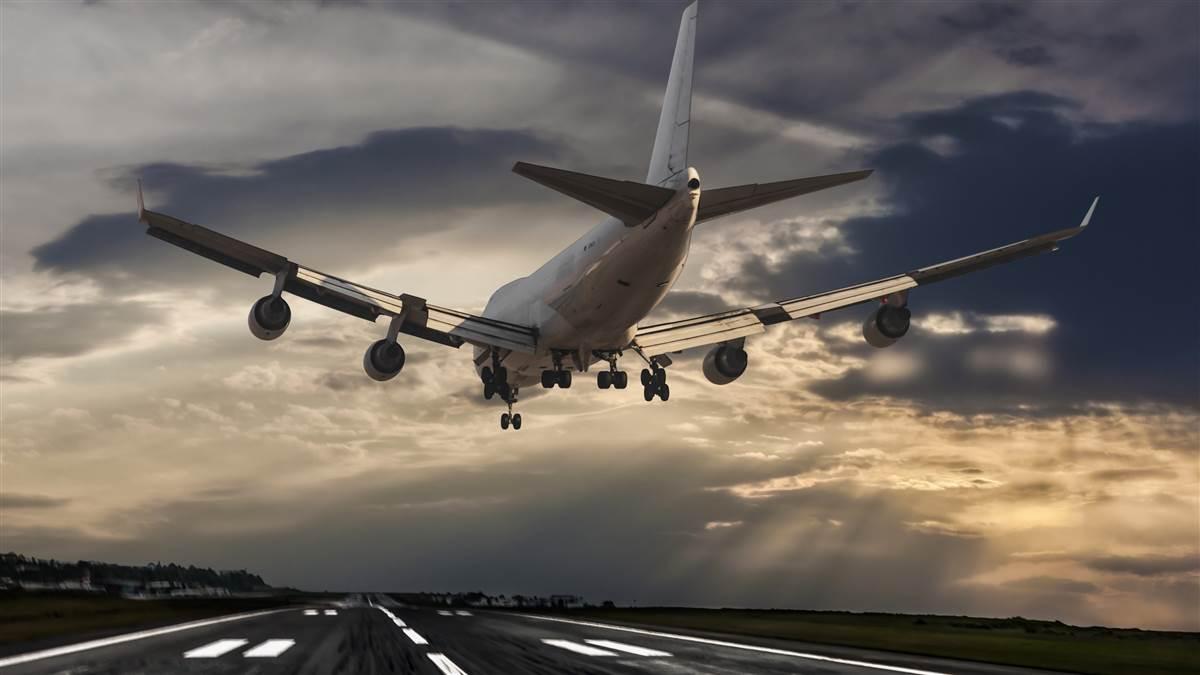 Airline pilots are at the beck and call of schedule demands, connecting passengers, and other factors. But none of that matters if the captain or first officer decides to go missed. “Safety trumps everything else,” said Chip Wright, a pilot at a major airline. “A flight may go from making money to losing it due to the fuel burn of a missed approach, [but it] doesn’t matter.”

Airlines track when a crew chooses not to perform a go-around while trying to salvage an unstable approach. “A year or so ago, my company challenged the pilots to actually increase the rate of missed approaches when circumstances called for it, and the pilots responded in two ways: The number of unstabilized approaches dropped, and the number of appropriate go-arounds increased. It was a win-win,” Wright said.

Airline crews rarely get to perform, let alone practice, go-arounds. Peter A. Bedell, a captain for a major airline and Flight Training contributor, said he may do one or two go-arounds in a year. “Of course, we get slammed with them during recurrent training, because the training department is just as aware as we are that we don’t often perform them flying the line,” he said. When Wright flew for a regional airline, he’d occasionally move an empty airplane from A to B. If there was time, he’d conduct a go-around just for practice.

The demands of a go-around are different than a takeoff, Wright noted, because the drag of the flaps and the reduced power settings of the engines are the first things that must be addressed. “The gear always gets forgotten in the midst of reconfiguring the airplane while ATC starts barking commands that the crew was not prepared for,” Wright said.

But while crews may seem to be scrambling, their routine is to brief—and perhaps overbrief—all approaches, including the mechanical steps of a go-around, and that helps to minimize the confusion, he said.

“The key to remember is that time is on your side,” he said. “Things won’t happen fast, so you can take your time and get the steps right.”

The airlines don’t punish pilots for doing the right thing. Take a page from that book the next time you’re tempted to “save that landing.” —JWT

When would you go around? If you answered “all five,” congratulations. A go-around is appropriate for each of these scenarios.

Go-around is the term for when you elect or are instructed not to continue your approach to your intended runway, but instead to “go around” for another try. You add power, remove any carburetor heat, carefully retract flaps, retract landing gear if necessary, overfly the airport, and re-enter the pattern on the crosswind leg.

The go-around decision rests with the pilot in command, but at a towered airport, an air traffic controller may instruct you to go around—generally to avoid another aircraft on the runway—or you may initiate a go-around. When you go around, inform the controller of your intentions after you have correctly configured the airplane.

When you learn how to execute a go-around, you may think it’s a maneuver to be saved for dire circumstances: like touching down just as someone pushes a baby carriage full of puppies onto the runway. Often the reasons why you would need to break off your landing are much more commonplace—and much more insidious. And because those reasons are more insidious, it’s best to practice go-arounds often. Like memorizing an emergency checklist, a go-around is a skill you should keep in your pocket and pull out whenever necessary.

Obstacles on the runway

Your flight instructor will introduce you to many scenarios in which a go-around is required. A favorite, as you are concentrating on the sight picture for the landing, is to declare “There’s a deer on the runway!” and sit back and watch what you do.

Smoothly apply full power and pitch the airplane to a climb attitude. Remember to anticipate the pitch-up tendency when full power is applied—you want the nose to come up but not too high an angle of attack. Be ready with rudder to counteract the left-turning tendencies.

When you achieve a positive rate of climb, begin removing flaps—not all at once, but a notch at a time. Retract the landing gear if it’s a retractable gear aircraft.

Although you are overflying the runway, you will want to move to one side if conflicting traffic is a factor. This will ensure that you can keep any traffic beneath you in sight as you pass overhead.

Don’t try to ‘save’ the approach

Sometimes the desire to stick the landing is the hazardous attitude that pilots must guard against. If you overshoot the base-to-final turn, you may be tempted to get the airplane back on course while in the turn by steepening the bank angle. 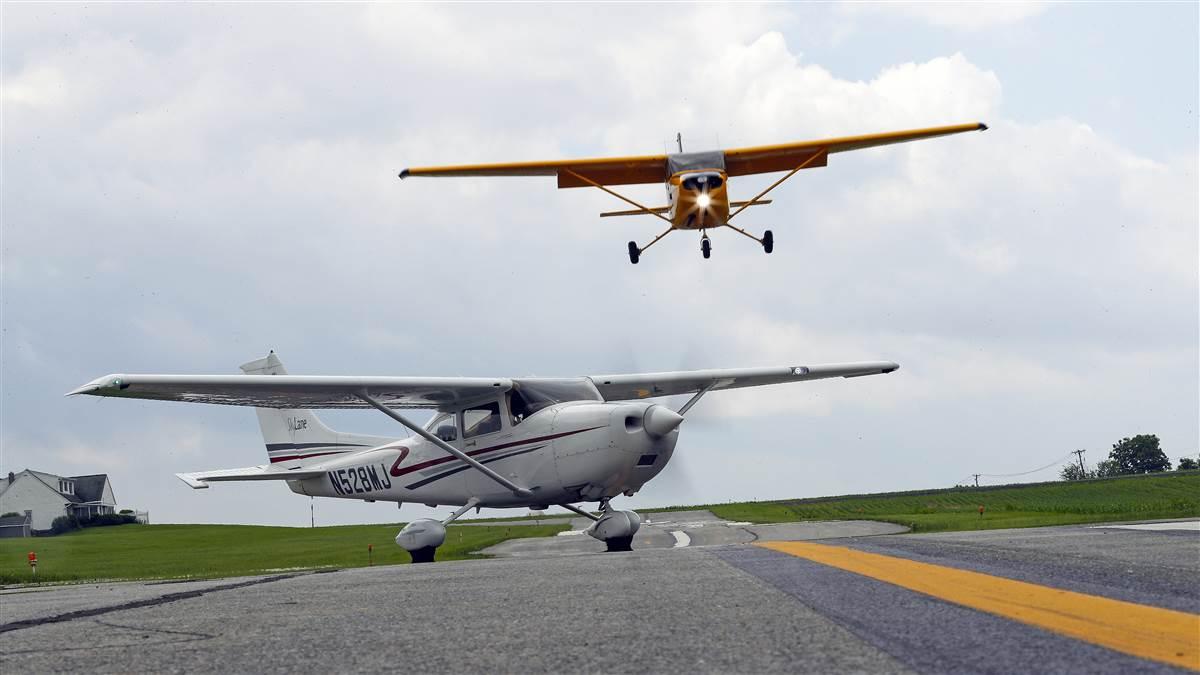 There are dozens of accident records of pilots who had that same temptation. Here’s why you should just go around instead. The airplane is slowed to well below cruise speed, and stall speed increases as bank angle increases. A buffet from a strong gust could increase the load factor and prompt an accelerated stall—at an altitude way too low to recover. Many also make the mistake in this situation of skidding the nose toward the runway with rudder. Skidding increases the speed of the outside wing, increasing its lift. The airplane banks more steeply—and so you compensate by applying opposite aileron. Now the airplane is cross-controlled—and if the airspeed decays, once again you have set yourself up for a stall/spin scenario.

Crosswinds can challenge any pilot. If you cannot get back on the extended centerline by flying into the crosswind and aligning the aircraft with the runway once re-established, the safest course of action is to go around.

The runway behind you

You’ve heard it said the runway behind you is no use to you.Carry too many extra knots of extra airspeed on the final approach and you may have to float—and float, and float—to bleed off that airspeed before you can touch down. If you haven’t touched down in the first third of the runway, go around. Rather than run off the end of the runway trying to salvage a poor approach, you’ll have a fresh opportunity to make a perfect approach and landing.

Once you have learned how to go around, keep practicing. Accident records include many instances of go-arounds that went wrong. In the case of a pilot flying a 450-horsepower Howard DGA–15, the pilot attempted a go-around after touching down left of the centerline in a gusty crosswind. The National Transportation Safety Board’s final report found that the pilot failed to adequately compensate for the extreme left-turning tendencies of the high-powered engine, which resulted in a subsequent loss of control and aerodynamic stall.

The pilot of a Kitfox performed a go-around that went awry after floating and touching down farther on the runway than he had anticipated. On the climbout, the pilot made a shallow turn to the left to avoid a cliff that was off the right side of the unimproved airstrip. The left wing of the airplane struck a tree; the aircraft cartwheeled and struck the ground, according to the NTSB report.

Practice go-arounds, and practice them at different airports. The extra minutes in the pattern and accompanying extra fuel burn will pay dividends in the future.