Get the app Get the app
AOPA Members DO more LEARN more SAVE more - Get MORE out of being a pilot - CLICK HERE
News & Media ADS-B: FIS-B gets new features

Harris Corporation, which operates the FAA’s Automatic Dependent Surveillance-Broadcast (ADS-B) ground station network and uplinks Flight Information Services-Broadcast (FIS-B) weather and aeronautical information to pilots in the cockpit, is adding six new weather products that will be available to users later this year. 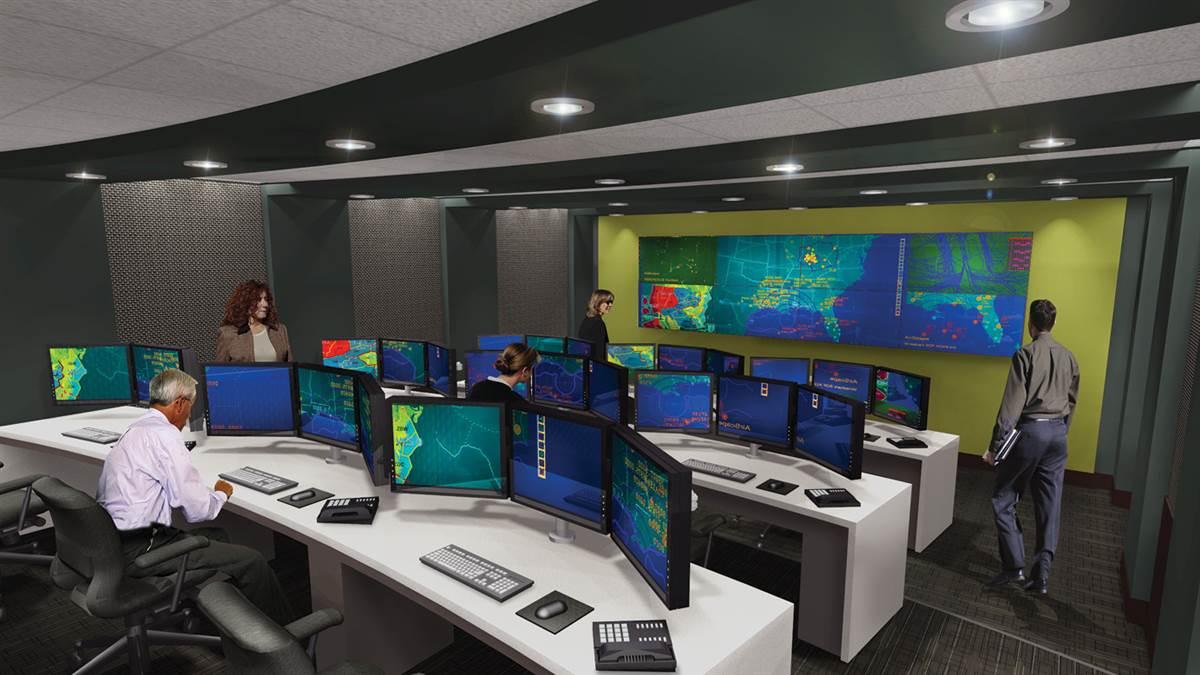 Satellite is another choice

Some pilots are not aware that the FAA’s January 2020 equipage mandate is for ADS-B Out only; ADS-B In is not required—nor is ADS-B In a pilot’s only source for in-cockpit weather information. Another excellent option is Sirius XM WX Aviation Weather, a satellite-based subscription service.

Why would a pilot pay for a satellite subscription when FIS-B data can be accessed with no monthly charge? First, XM WX has no altitude or line of sight restrictions, so data is available on the surface at every airport—not just those with ADS-B ground stations on the field. Data also is available when flying below ADS-B coverage, which can occur at lower altitudes, especially above less populated areas of the western United States. And while radar image latency between the two systems is comparable, XM WX provides a higher-resolution image coast to coast.

There are important differences between some FIS-B products and XM WX’s offering, even after the new FIS-B products become available. For example, XM WX delivers both cloud-to-ground and cloud-to-cloud lightning, updated every 2.5 minutes. In addition some XM WX customers are receiving 2.5-minute updates for radar images, and Sirius is pursuing the faster update rate for all customers.

Can’t decide between the two? You don’t have to. A growing number of pilots have equipped with both, so they can choose between the best features of each product to meet their needs at any given time.—MC

ADS-B uses satellites instead of ground-based radar to determine aircraft location, and is a key technology behind the FAA’s Next Generation Air Transportation System. The FAA has mandated installation of ADS-B Out for flights after January 1, 2020, in airspace where a transponder is required today. ADS-B In services, such as FIS-B and traffic information, have become popular with pilots but are not required by the FAA.

Factory acceptance lab testing of the six new products was completed in mid-May, said Paul Freeman, Harris’s deputy program manager for ADS-B and surveillance broadcast systems (SBS). Then they moved into system acceptance testing. Pending FAA approval, they will begin to go live in late June and data should be available nationwide by October.

But that doesn’t mean you’ll be able to see them then—your avionics and tablet software will need to be updated first. “There aren’t any avionics out there that currently display these,” Freeman explained. “It is up to the avionics company to write the code to display [these products], and the aircraft owner to update software on the aircraft.” Some manufacturers typically push through software updates fairly quickly, while others may take longer.

The new FIS-B products are:

Center Weather Advisory. These unscheduled bulletins warn of conditions that meet or are approaching not previously forecast airmet, sigmet, or convective sigmet criteria, including moderate or greater icing; moderate or greater turbulence; heavy or freezing precipitation; conditions at or approaching low IFR; surface winds or gusts greater than 30 knots; low-level wind shear (2,000 feet agl and below); and volcanic ash, dust storms, or sandstorms. CWAs are valid for up to two hours and if a forecaster determines it’s warranted, they may be issued hourly for convective activity. Transmission interval: 10 minutes.

Cloud tops. The forecast altitude of cloud tops will be received from the National Weather Service’s High Resolution Rapid Refresh (HRRR) model. This information is available only for the continental United States, so cloud tops will not be provided in Alaska, Hawaii, Guam, or Puerto Rico. The HRRR is run every hour. Transmission interval: 15 minutes.

Graphical airmet. This graphical advisory of weather conditions that may be hazardous to aircraft, but are less severe than sigmets, is issued by the Aviation Weather Center at 0245, 0845, 1445, and 2045 UTC; they’re updated as necessary. Graphical airmets are available only for the lower 48 states and adjacent coastal waters. Transmission interval: five minutes.

Icing, forecast potential. The icing product provides forecast icing probability, icing severity, and anticipated presence of supercooled large droplets at 12 altitude levels—every 2,000 feet, from 2,000 feet msl to 24,000 feet msl. This information comes from the NWS Forecast Icing Potential model, which is available only in the continental United States, so forecast icing information will not be provided in Alaska, Hawaii, Guam, or Puerto Rico. This model is run on an hourly basis. Transmission interval: 15 minutes.

Like existing FIS-B products, all of the new products are considered by the FAA to be advisory only.Turbulence. The turbulence product provides the forecast maximum intensity of turbulence at 12 altitude levels—every 2,000 feet, from 2,000 feet msl to 24,000 feet msl (the same altitudes for which icing forecasts are provided). This information comes from the NWS Graphical Turbulence Guidance model, which is available only in the continental United States, so turbulence information will not be provided in Alaska, Hawaii, Guam, or Puerto Rico. This model is run on an hourly basis. Transmission interval: 15 minutes.

The graphical airmet or G-airmet is like several products rolled into one, Freeman said. “It is intended over the long term to be a replacement for what they consider the legacy airmet product, but there are no plans to sunset it in the near future.” 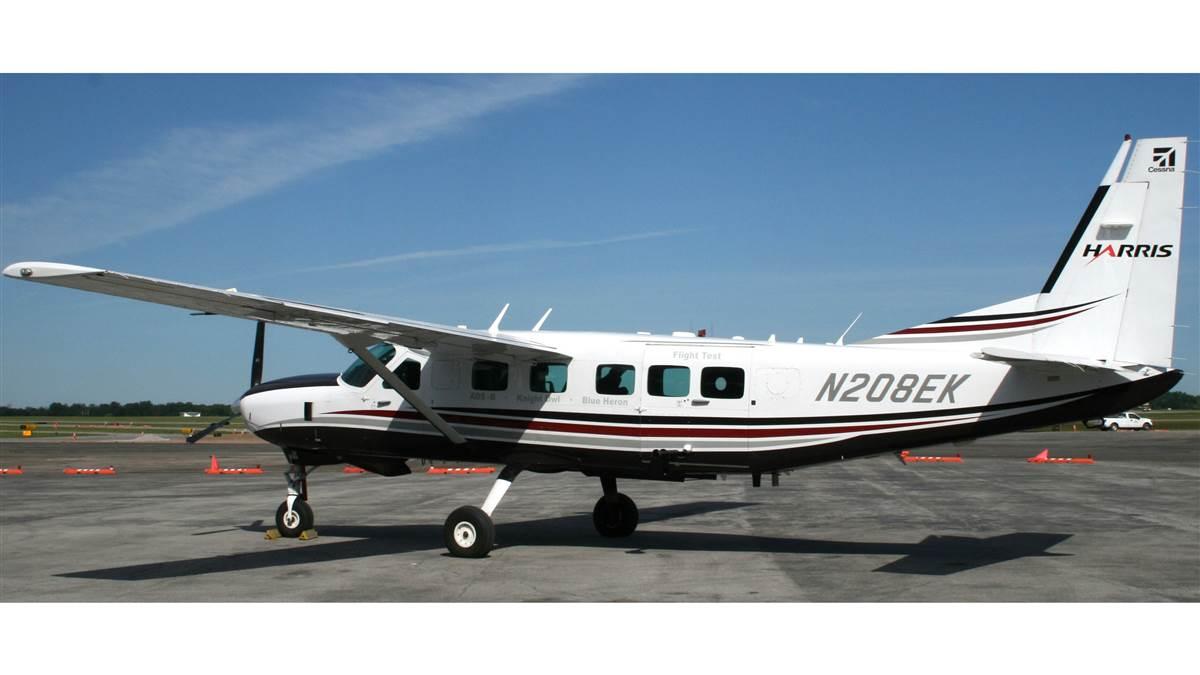 Like existing FIS-B products, all of the new products are considered by the FAA to be advisory only. That’s because it’s a passive, ground-to-air service that doesn’t electronically “handshake” to confirm that data has been received. “FIS-B was not architected that way. It’s just like your GPS receiver—the satellite doesn’t know you’re receiving it,” Freeman explained, although the ground stations do know an aircraft is receiving data.

Harris operates the ADS-B ground stations from its network operations center near Washington, D.C. “We actually own and operate the system. As I understand it, Congress didn’t want to front the cost of the system,” Freeman said. “We write the software here, we do the testing here, we run the system from here.” The system includes redundant data centers in Melbourne, Florida, and Atlanta.

The company has a performance-based contract with a target of 99.999 percent availability, he explained. “That actually determines our amount of revenue each month.” Each ground-station radio—there are 666 ground stations, with dual redundant radios—can be out of service for 24 minutes each year. However, the company receives an incentive if availability is higher. And there is almost always overlap between ground stations, so a pilot might not even notice a short-term interruption, he added.AOPA