Get the app Get the app
Already a member? Please login below for an enhanced experience. Not a member? Join today
News & Media St. Croix FBO a model of Caribbean’s recovery

How do clear skies, a temperature of 84 degrees, a gentle easterly breeze, and waves lapping at a Caribbean beach sound as an alternative to your current conditions on an early winter morning on the mainland? 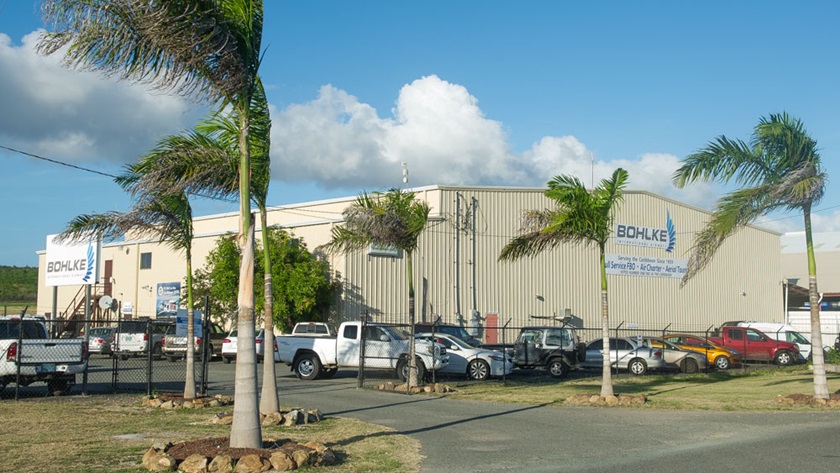 If your instinctive response is, “Sounds pretty good,” it may be time to draw up travel plans that bring you to Henry E. Rohlsen Airport in Christiansted on St. Croix in the U.S. Virgin Islands, where the folks at an award-winning fixed-base operation alongside the 10,000-foot-long runway stand ready to greet you and share the story of how their region is quickly bouncing back from devastation wrought in parts of the area by two historic hurricanes in 2017.

“No matter what island or area, airports are all up and running and fully functional. If folks want to fly down and see for themselves what’s going on down here, there’s certainly no limitations,” said Sam Black, vice president and a pilot for Bohlke International Airways, a St. Croix-based charter service and the airport’s FBO.

Across those islands most impacted by deadly Category 5 hurricanes Irma in early September 2017 and Maria two weeks later, aviation fuel is available, infrastructure is functional, and instrument approach procedures are operational, he said. Rental cars are available, tour operators are up and running, and the message is not to pass the islands by when planning a vacation.

AOPA has released the 2019 editions of its comprehensive AOPA Pilot Guides for the Bahamas and the Caribbean. Fully redesigned in 2018, these comprehensive guide books are updated annually and are packed with everything you need to prepare for a trip to the Bahamas and Caribbean islands, including maps with airport data and the layout of each island, Customs & Immigration information, and much more. Plus, you get info on the local culture, customs, the best way to get around while you’re there, what the food is like, and tips and suggestions from other pilots for where to stay and fun things to do.

It’s no exaggeration to say that tourism interests in the islands are determined to get the word out that they are “making lemonade out of lemons,” and want visitors to come on down and see for themselves. Emphasizing the upside is a priority when you consider, for example, that Hurricane Irma “was the top Google searched term in the US and globally in 2017.” 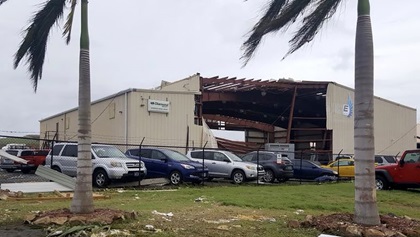 Ashley Bouzianis, Bohlke’s director of marketing, says the work now in progress—largely driven by reconstruction and new construction—is better characterized as a “resurgence” than a restoration. A 2018 hurricane season “with no major issues” for the U.S. Virgin Islands certainly helped.

Combined with the ongoing activation of the Limetree Bay oil refinery, idle since 2012, the island renaissance has created a ripple effect, they said, as entrepreneurs have “tapped into what was going on here” to launch startups from food trucks to a Caribbean-ingredient-influenced brewery (a glass of Mango IPA, anyone?) and more.

Also, Bouzianis said, repairs to roads and other infrastructure have improved on what existed before the hurricanes.

“Here in St. Croix when I drive around it feels like everything is more or less back to normal,” she said. “In a lot of ways due to the surge of FEMA workers and other relief workers, construction companies and an oil refinery opening up, there’s actually more activity on St. Croix than prior.”

The recovery perhaps would proceed even more swiftly except that “everyone is in line for the same supplies” coming primarily from sources in Florida that are also supplying hurricane recovery efforts on the U.S. mainland, Bouzianis said. So islanders patiently await each new shipment arriving “on a slow boat, as we affectionately call it.”

If there is one topic a traveler should research with care for their travel dates, the Bohlke staffers said, it is the availability of lodging, which varies across the area pending some hotels’ reopening, and also faces demand from the influx of construction-company employees, relief workers, and entrepreneurs. 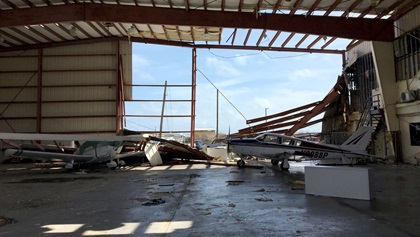 The impression that the entire island chain suffered storm impacts, however, is not accurate, say industry media. Although the 2017 hurricanes battered the U.S. Virgin Islands, British Virgin Islands, Barbuda, Dominica, Puerto Rico, St. Martin, and St. Bart's, 70 percent of the islands were not affected. Where there was impact, hotel reopenings have proceeded, and despite everything, 2017 set records for numbers of visitors, and money spent, according to an industry news website.

“High demand” from the United States played a key role, said the Caribbean Tourism Organization, noting, “The Caribbean destinations received an estimated 30.6 million international tourist arrivals in 2017 or some 700 thousand more than the 29.9 million of 2016. Growth was hindered in the aftermath of two powerful hurricanes which passed through the region in September. Thus, the region’s share of global arrivals contracted marginally and stood at 2.3% at the end of 2017 compared to 2.4% in 2016.”

As it conducts its flight and service operations from fully operational leased temporary quarters, the Bohlke business, founded in 1959, also is in bounce-back mode. A renovation of the aging outgrown FBO leveled by Hurricane Maria is on track, and may even include a hotel in response to the post-hurricanes scenario on the island. The company plans to break ground within six months on a new facility built to tougher specifications than the previous structure and newly capable of housing two large aircraft.

“Bohlke will be in better shape because of the storm, interestingly. We made lemonade out of lemons,” said Black.