Get the app Get the app
News & Media Critical thinking

Stalls are all about angle of attack

Recently, a friend of mine stalled his car at a busy intersection. Nearby cars honked their horns when the light turned green, and he started to panic. It only took a few seconds before he got the car restarted, but in the moment, it felt much longer. 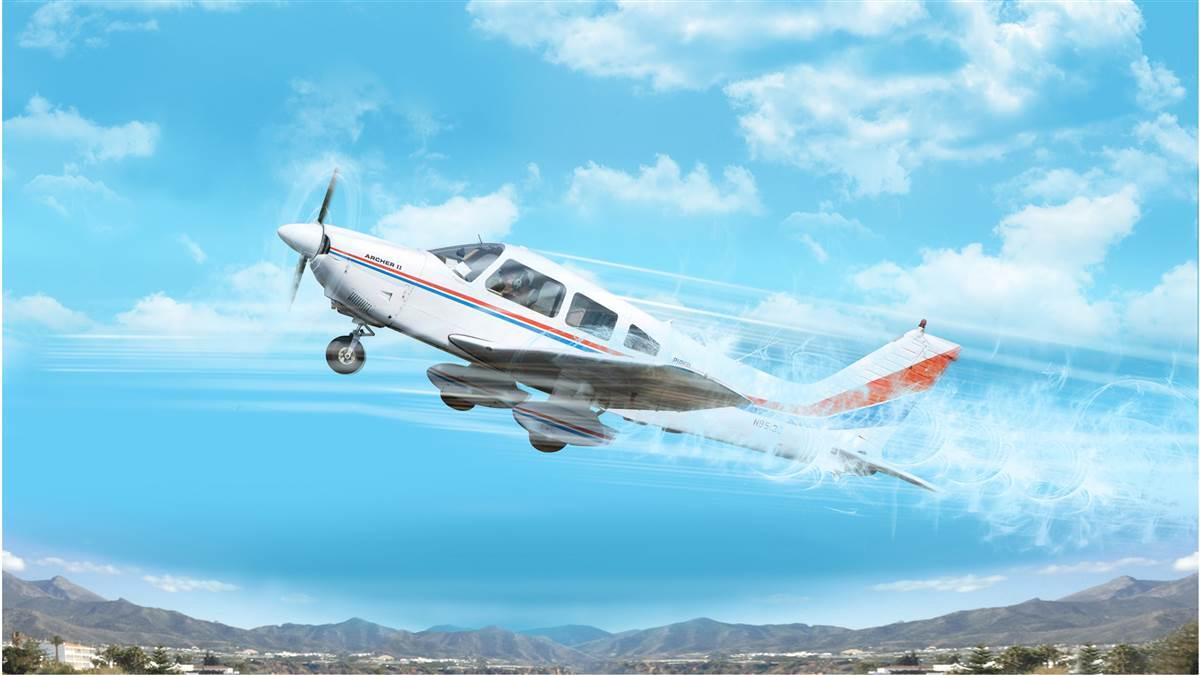 Stalling an airplane can also drive a pilot into a panic, and in certain circumstances can develop into a potentially dangerous spin. But like a car, recovery from a stall can happen within a few seconds—if you know what to do and stay calm in the process. How does an airplane stall? Unlike a car, it has nothing to do with the engine. It’s all about the wing’s angle of attack.

A stall occurs when airflow over the wing is disrupted, resulting in a loss of lift. This is caused by the wing exceeding its critical angle of attack. This concept may be confusing to students who have learned the “stall speed” of their aircraft, which is the minimum speed at which the aircraft is controllable in steady flight. A stall can occur at any airspeed, attitude, or power setting, because it’s all about the wing.

Several warning signs can help you recognize an approaching stall. “Stalls can be recognized in several ways, whether it’s a stall warning sound, light or buffet; needing more and more input on the controls to get your desired response; or seeing or feeling the nose start to pitch itself forward,” said Tyler Jusko, a flight instructor at Boston-area AeroVenture Institute. Stall warnings such as aural alerts or lights can alert a pilot of an impending stall, and with training pilots develop a feel for the physical sensations of an approaching stall. 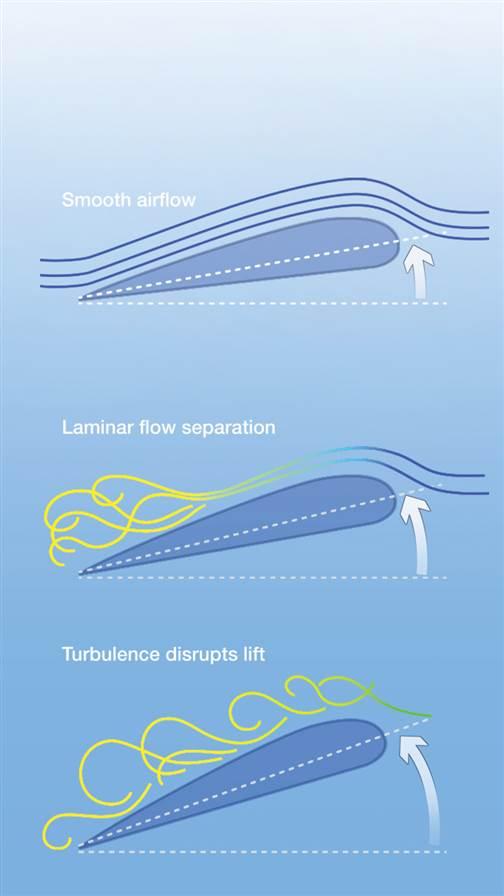 Air is flowing smoothly over the wing and producing lift (top). As the angle of attack increases, lift and drag increase (center). When the wing exceeds the critical angle of attack, the airflow separates from the top surface and the resulting turbulence reduces lift and increases drag (bottom). 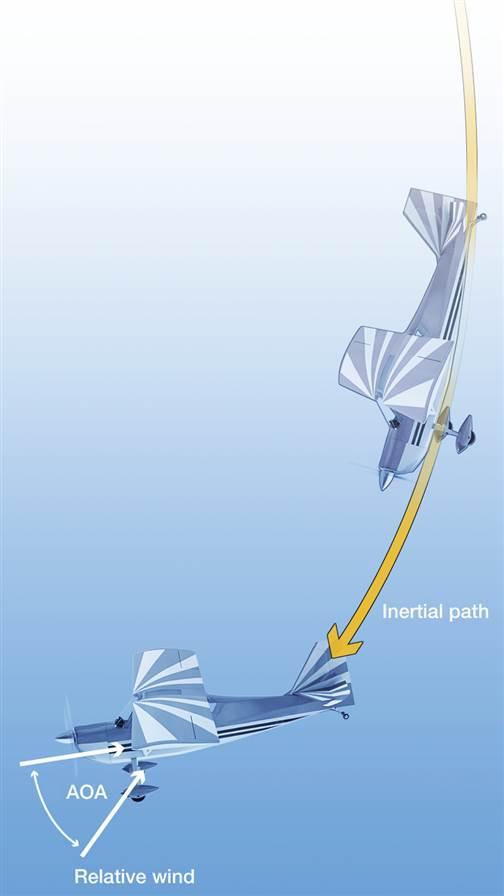 An airplane’s wing can stall at any airspeed and any attitude. You can stall an airplane in a descent at a higher airspeed. 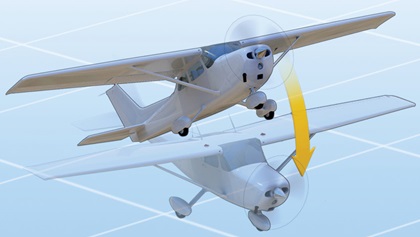 Flight instructor Tyler Jusko emphasized the importance of not using excessive force to lower the nose in a stall. “I tell my students beforehand that I will stall the airplane, not touch the controls, and that the airplane will recover itself. This recovery is actually very smooth and it’s important to inform the student of that. When the [airplane] exhibits both static and dynamic stability and recovers itself I take the controls back and say, ‘So, what do you think?’ to the student, and they are always amazed that an airplane can actually right itself.

“A weak point that I see in students is the tendency to be too aggressive in pitching forward during the recovery. It is often said to add full power and pitch forward to recover from a [wings-level] power-off stall, but I have stopped saying this. Now I say, ‘Let the nose come down,’ or ‘Bring the nose to the horizon.’ After that, I have them shadow me on the controls again and show them that you do not have to be too aggressive with pitching forward in order to recover the airplane. The nose already wants to come forward because of its positive stability. All you have to do is let it,” Jusko said. —SH

“Before practicing stalls, I always do slow flight with my students so they can see how the airplane reacts and feels at a speed just above a stall. The ACS [airman certification standards] says to do slow flight without activating a stall warning. I teach my students to do this for the checkride, but I also teach them to do it just above a stall with a stall warning, whether it be a horn, a light—like in our Cherokees—or a buffet.” Students will recognize that at this slow of an airspeed they will have to use more and more control inputs in order to maneuver the airplane, Jusko said.

Once the airplane has stalled, stall recovery procedures must be done promptly, in a calm, straightforward manner. Stall recovery training helps students build confidence. “Students have this fear of the word ‘stall’ and always attribute it to the engine shutting down,” Jusko said. “A simple ground lesson before we do the maneuver is a great way to have them understand that what we will be practicing is an aerodynamic stall, and how to go about properly recovering from one.”

To recover from a stall, the wing’s angle of attack must be decreased immediately. This can be done by releasing elevator back-pressure or by moving the elevator control forward. The amount of forward pressure varies slightly from airplane to airplane, but usually slight pressure is enough. Using excessive forward pressure can impede stall recovery.

Flight instructor Tony Hamernick emphasized rudder coordination in stall recovery. “Stalling in an uncoordinated state will result in a spin.”

A spin results from a stall during uncoordinated flight, when one wing of the airplane is stalled more than the other because of an unequal angle of attack on the wings. Sometimes, especially in a bank, one wing will drop at the beginning of a stall and the nose will yaw toward the low wing. Opposite rudder must be applied to keep this from happening.

Stall recognition and prevention are critical skills for any pilot to master. Spin can only develop if the airplane is allowed to stall.

Always watch for signs of an oncoming stall if you’re using a fair amount of back-pressure. Remember, you can be on final approach, flying at cruise speed, or in a coordinated bank, and the airplane will still stall if the wing’s critical angle of attack is passed. With practice, you’ll learn to recognize the signs of an impending stall and respond promptly and calmly. Stalls won’t seem so scary after all.