Get the app Get the app
AOPA Members DO more LEARN more SAVE more - Get MORE out of being a pilot - CLICK HERE
News & Media Proficiency: In the vortex

Proficiency: In the vortex

The truth about wake turbulence

Wake turbulence is serious business.  Vortex speeds of almost 300 feet per second (or 178 knots) have been recorded; that circulating air can cause rolling moments that exceed the capability of an aircraft to counteract. To make matters worse, wake turbulence encounters are most likely to occur around airports when pilots are at their most vulnerable—flying slowly at low altitudes. 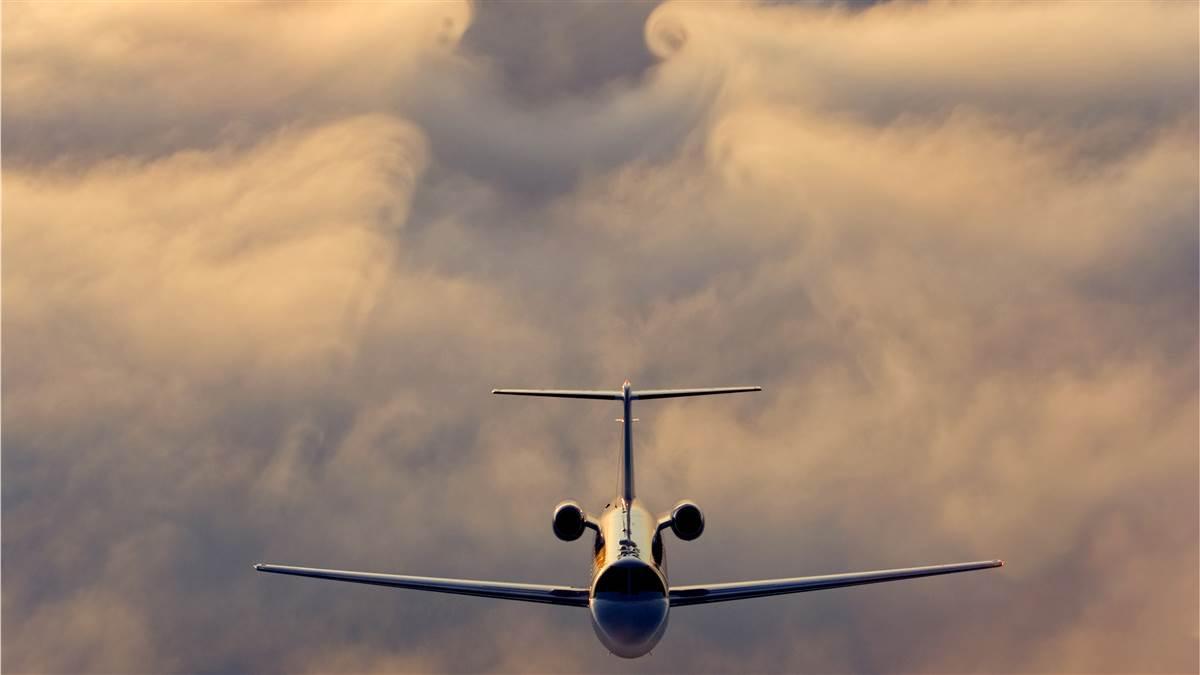 Photography by Paul Bowen
Large jet airliners leave vortices that can exceed 150 mph in rotational velocity and are detectable from a distance of 20 miles, according to the NASA Dryden Flight Research Center.

Once air traffic control says, “Caution, wake turbulence,” ATC generally provides no additional information to keep you away from these potentially nasty swirls of air. Furthermore, you are responsible for your own wake turbulence avoidance after accepting instructions to follow another aircraft, traffic information, or a visual approach clearance. Good to know.

The FAA shares information and advice such as this in the Aeronautical Information Manual as well as Advisory Circular 90-23G, Aircraft Wake Turbulence. While well-intentioned, these publications contain errors that imply vortices are not present in places they do exist. Relying on the advice in these publications to maneuver around vortices could spell trouble.

The publications effectively convey the hazards of an encounter with wake turbulence, but they fall short when they offer advice to avoid such an encounter in the first place.

Aircraft Wake Turbulence describes vortex behavior in the air and near the ground to “help pilots visualize the wake location and movement and take appropriate avoidance actions.” But vortices are present in more places than reported in this advisory circular. AC 90-23G reports that, “An aircraft generates vortices from the moment it rotates on takeoff to touchdown, since trailing vortices are a by-product of wing lift.” Not exactly. Vortices begin early in the takeoff roll and can continue after touchdown.

Consider a general aviation aircraft, say a Cessna 152, on its takeoff roll. As soon as the throttle is increased and the airplane starts moving, air is flowing across the wings. The cambered wings, as well as their angle of incidence, ensure the wings create lift while the aircraft is still on the ground. Even before rotation and liftoff, the flow across the top of the wing is faster than that below, so the higher-pressure air below begins to curl upward about the wing tip.

I filmed a video in my Cessna 152 on its takeoff roll to correct misconceptions about aircraft wake turbulence (www.aceaerobaticschool.com). The cones attached to the wing tips start to rotate behind the wing and show that the vortex action begins early in the takeoff roll. The idea that you’ll be protected from a wake turbulence encounter by using exclusively the part of the runway on which a generating aircraft was recently operating is wrong.

Airplanes departing and approaching an airport are especially vulnerable to a wake turbulence encounter because lower airspeeds mean reduced control authority. And, despite best efforts at avoidance, an inadvertent encounter is always possible. In that case, I teach my flight students that in a roll upset, they should try to counteract the roll by staying upright but, “If you can’t beat it, then join it” by continuing the roll until upright once more. Never pull back on the yoke when upside-down. Instead, push forward on the yoke when inverted to minimize altitude loss.

The exact nature of wake turbulence behavior is sensitive to the type of generating aircraft as well as the precise wind conditions, and is nearly impossible to predict. Thus, attempting to avoid vortices by imagining their location is a tall and risky order. After all, vortices are invisible. The best advice for avoiding the wake of another aircraft is to be patient and wait. Vortices dissipate over time and gusty air breaks them up even sooner. Plan on at least two minutes between landing or departing operations and extend that window to three minutes if the winds are calm and/or the generating aircraft is large. As pilot in command, it is our prerogative and our duty to make decisions that ensure the safety of flight.

Catherine Cavagnaro owns Ace Aerobatic School in Sewanee, Tennessee (www.aceaerobaticschool.com), and is a professor of mathematics at Sewanee: The University of the South. Cavagnaro is the 2018 FAA Safety Representative of the Year. 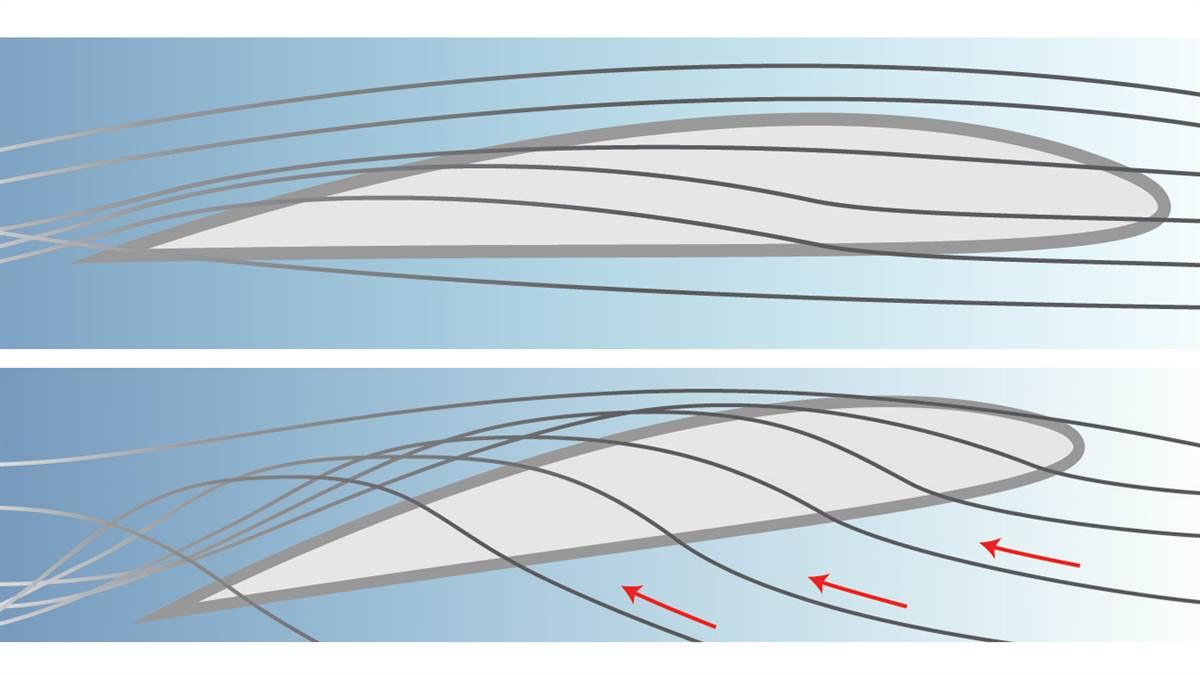 At the end of the wing tip, higher-pressure air curls around to the lower-pressure environment on top of the wing and forms wingtip vortices (top). As the angle of attack of the wing increases, the vortices become stronger (above).

We rely on the smooth flow of air across the wings to generate the lift that helps us fly. When a wing meets the oncoming air with a positive angle of attack, the airflow across the upper wing surface is accelerated to a higher velocity compared with that below the wing. Bernoulli’s Principle guarantees that the faster airflow results in a lower pressure environment on top of the wing. With higher pressure below, the result is a net force in the upward direction. It’s the force that lets us take to the sky. 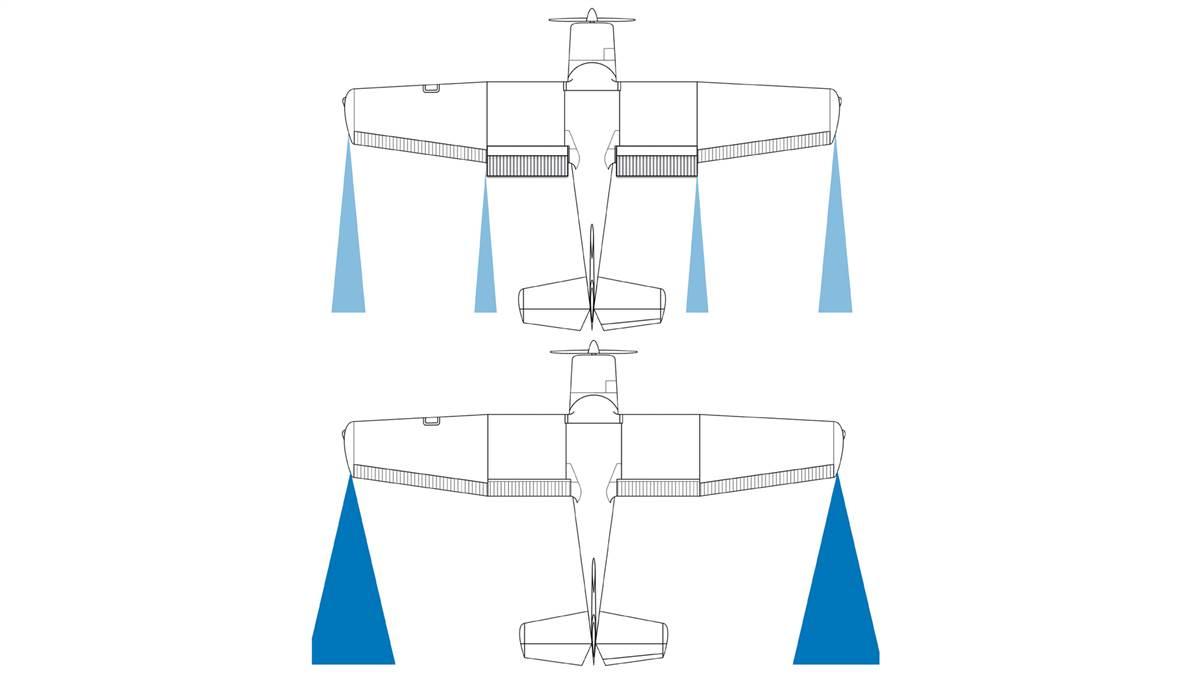 With flaps down, the Cessna 152 features four main vortices (top). With flaps up, the flap vortices vanish and the wingtip vortices strengthen (above).

A stronger pressure differential above and below the wing means stronger vortices. A higher angle of attack—when flying a heavier airplane or more slowly—means that the vortices generated are stronger. It might be more difficult to remember if vortices are exacerbated by a “clean” or “dirty” airplane. The outboard portion of extended flaps offer another prime opportunity for higher-pressure air below the wing to move up. With flaps extended, the aircraft generates four main vortices. With the flaps retracted, those four vortices become two stronger ones. In this video (www.aceaerobaticschool.com/videos), four main vortices are present with the flaps down. Once the flaps are retracted, the flap vortices disappear. Thus, vortices are the worst on an airplane that is heavy, slow, and clean. This video also demonstrates that vortices begin during the takeoff roll while the airplane is still on the ground. —CC