Get the app Get the app
News & Media Fly-Off: Light Seaplanes

Words like “iconic” and “legend” are so overused in aviation parlance they’re almost meaningless—yet these common adjectives describe the Piper PA–18 Super Cub. 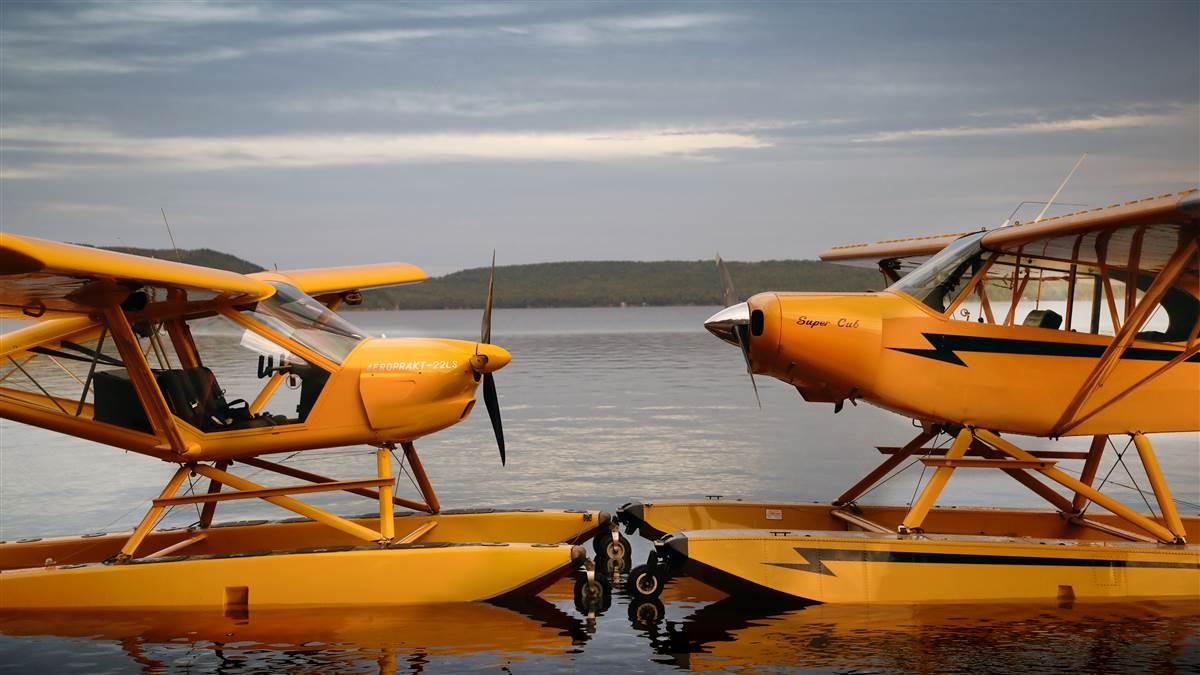 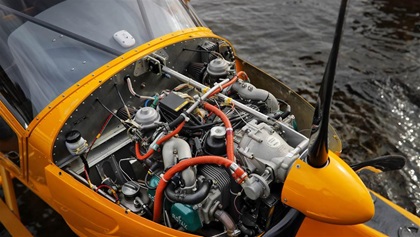 The Super Cub popularized personal adventure flying in the second half of the twentieth century, and it remains a useful and beloved aircraft in regions both heavily populated and remote, from Alaska to South America. The model has been continuously reinvented, refined, customized, and accessorized for 70 years, yet its rugged, honest, mechanically simple, can-do spirit is unaltered.

When combined with amphibious floats, the Super Cub becomes an all-surface, go-anywhere adventure machine that’s recognized and lionized wherever it goes. Pilots everywhere have Super Cub stories, and the mere presence of the jaunty, tube-and-fabric airplane brings them gushing out in heartfelt torrents.

The Super Cub speaks to pilots on a visceral level. The Aeroprakt A–22 is a relative newcomer, and a foreigner.

Made in Ukraine, the Light Sport aircraft comes from the factory as a kit or a finished airplane. Several hundred have been registered and flown since certification in Germany in 1999, and they’re particularly popular in Europe.

“The first question people usually ask is, ‘What is it?’” said Mark Robidoux, founder and president of PilotWorkshops, who bought an A–22 on amphibious Clamar floats to shuttle between Nashua, New Hampshire, and a family vacation cabin in central Maine.

“It’s a two-hour flight or a five-hour drive,” he said. “I wanted an airplane with a high wing because there’s more docking than beaching to be done in New England. I was also drawn to the airplane’s rugged construction, its fuel efficiency, and the glass-panel [Dynon] avionics. The situational awareness with synthetic vision, weather, traffic, and terrain is amazing. It’s even got an autopilot.”

Our fly-off takes place on a sparkling late-summer morning on Brassua Lake in Maine. A cool, light breeze out of the west is just enough to ripple the surface of clear water, and the bright yellow airplanes, beached overnight in a sheltered cove, seem eager to fly—and race.

They’re both relatively light with just one occupant, no baggage, and half fuel. We push off the beach, start the engines, then taxi in slow circles while the engine oil warms up. Ten minutes later, I retract the water rudders, point the Super Cub’s nose into the wind, and deploy half flaps while Robidoux makes similar preparations in his A–22.

On the radio, I count down to the beginning of our side-by-side takeoff run. 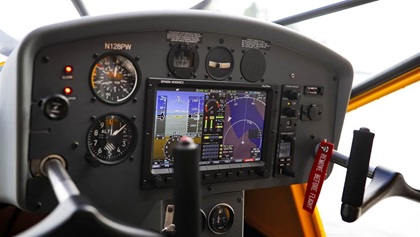 I can hear the 100-horsepower Rotax 912 ULS in the A–22 spin to full rpm almost instantly, while the 160-horsepower Lycoming O-320 attached to the Super Cub takes several seconds to reach full power. But the Super Cub moves ahead about three airplane lengths during its 14-second takeoff roll and gets off the water about one second earlier than the A–22; the A–22 uses about 30 feet less total distance on its takeoff run.

We repeat the side-by-side takeoff contest several times, and the results are consistent. The Super Cub spends slightly less time on the water, and the A–22 covers marginally less real estate. Both measures are important in seaplanes, where less time on the water means less punishment from striking the waves. There’s no clear victor.

But how can they climb? Once airborne in level flight with flaps up, we begin a side-by-side climb contest. Both airplanes are at full power and pitch up to VY, or best rate, at an altitude of 1,800 feet msl. The Super Cub’s higher horsepower pays off here with a clear advantage in maximum rate of climb, and a steeper angle. The A–22 climbs about 700 fpm at max effort, and the Super Cub delivers 1,000 fpm.

As the saying goes, there’s no replacement for displacement.

Now, we rock the wings. With both airplanes in cruise, the A–22 moves into trail position to compare roll rates. I count down, then rock the wings 30 degrees left and right using full aileron deflection while Robidoux does the same in his A–22.

“My airplane is faster in roll,” he says. “Much faster.”

Next, we find out which airplane can fly slower. Flying side by side with both airplanes “clean” (flaps and landing gear up), we decelerate in level flight. The Super Cub’s airspeed indicator becomes unreliable at high angles of attack, so we use GPS groundspeed to measure performance.

The Super Cub is equipped with vortex generators, yet it buffets and stalls first, with flaps up and flaps down (at 44 and 39 KTAS, respectively), while the A–22 keeps flying steadily and unperturbed.

The A–22 has an unusual forward-swept wing and full-span flaperons, and they do an admirable job of keeping the airplane airborne at what appears to be an impossibly low airspeed and high angle of attack.

“I haven’t even felt a stall buffet yet,” Robidoux says as the Super Cub bumps along, the fabric on the wing roots reverberating like a drum head. “There’s no hint of a stall.”

Time to go fast in an old-fashioned drag race. With flaps and landing gear up, we open the throttles for a straight speed contest. Flying side by side at 2,000 feet msl (1,000 feet agl), we commence the speed run.

The Super Cub moves ahead slightly, and its lead extends slowly but consistently. Soon, both airplanes are at their engine rpm limits (2,700 for the Super Cub and 5,500 rpm for the A–22), and the Super Cub is about two knots faster.

Both airplanes have fixed-pitch propellers, so even a minor tweak in propeller pitch could change the razor-thin margin. But a win is a win.

Our final challenge is a short landing comparison on water. We deploy full flaps and approach the landing zone individually. 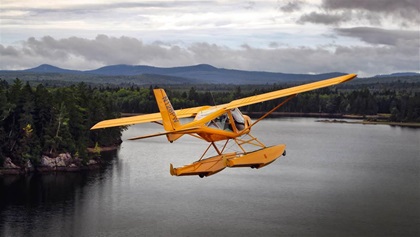 The A–22 makes its final approach about three knots slower than the Super Cub. But the airplanes touch down at virtually the same GPS groundspeed and, due to its heavier weight, the Super Cub settles into the water slightly quicker. The two airplanes decelerate and stop in almost exactly the same time and distance. We measure multiple landings, and there’s some variation based on flap settings and descent angles, but it’s almost impossible to find any real differences, even when reviewing the video in slow motion.

Comparing the Super Cub to the A–22 is a study in contrasts.

The Super Cub carries more, can handle rougher water and higher winds, and is more stable in flight and on the water. The A–22 is far more fuel efficient, and it offers greater range, glass-panel avionics, and more responsive handling.

Going into this fly-off, I anticipated the Super Cub would blow the A–22 out of the water—so confessing that the actual results surprised me is a colossal understatement. The A–22 (and by extension other Rotax-powered seaplanes such as the SeaRey, Icon A5, Kitfox, and Rans models) more than held its own. The performance differences, even in the categories the Super Cub won, were mostly miniscule.

Small, sporty, lightweight seaplanes provide real alternatives to traditional models like the Super Cub. And the performance of these airplanes is sure to increase with more powerful engines such as the Rotax 915 now entering the fleet, and other upgrades such as fuel-injected engines and constant-speed propellers.

I’m a traditionalist with a deep and abiding fondness for the Super Cub and its progeny (the Aviat Husky and CubCrafters XCub among them). I like almost everything about these airplanes—including the way they feel, fly, smell, and sound. I admire their history and craftsmanship, and I have great confidence that, no matter how rugged or remote the terrain we overfly, these airplanes will bring my passengers and me safely home.

I used to regard Rotax-powered sport planes as not quite up to the task of real backcountry treks—but I see the error of my ways. These engines have more than proven themselves in real-world reliability and efficiency, and they offer big advantages in their ability to use unleaded fuel.

Super Cubs will always have a unique place in the hearts of those fortunate enough to fly them. But modern sport airplanes such as the A–22 aren’t toys. They’re fine aircraft in their own right—and serious alternatives for adventure and exploration.

All specifications are based on manufacturer’s calculations. All performance figures are based on standard conditions and maximum weights unless otherwise noted. 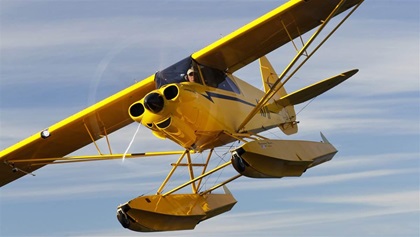 The 180-horsepower Carbon Cub is the most powerful LSA floatplane, as well as one of the most capable. A set of amphibious floats typically adds about $50,000 to a Carbon Cub—and identical floats are sold for Carbon Cubs made at the factory as well as Experimental/amateur-built versions. Amphibious Carbon Cubs have exceptional STOL performance and are perennial favorites in the annual short-takeoff contest at the International Seaplane Fly-In at Greenville, Maine. 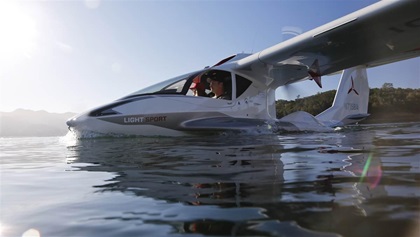 The sleek, elegant seaplane captured the imagination of pilots around the world when it was announced a decade ago. After a series of production delays and price hikes, the A5 is finally being built in significant numbers in Vacaville, California, and about 50 are currently flying. Icon operates two flight schools—in Vacaville and Tampa, Florida. 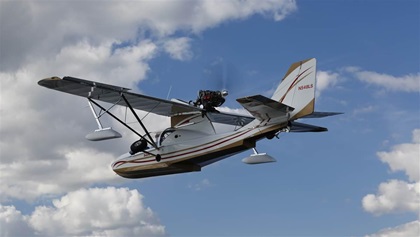 SeaRey amphibious flying boats are sold as Experimental/amateur-built kits or finished airplanes at the company’s Tavares, Florida, factory. The first SeaRey flew in 1991, and more than 700 of the Rotax-powered, retractable, tailwheel aircraft have been registered and flown around the world. The SeaRey has been updated and refined over the years, and in 2015 Australian adventurer Michael Smith flew his SeaRey, Southern Sun, around the world—the first solo pilot of a single-engine flying boat ever to do so. 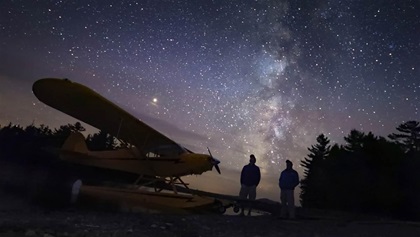 More than 50 floatplanes, ranging from Piper J–3 Cubs to Quest Kodiaks and Cessna Caravans, dropped into the Greenville Forestry Seaplane Base (ME30) on the south end of Moosehead Lake, and more than 100 general aviation aircraft stayed at the hard-surface municipal airport about two miles away. Greenville is a seaplane-friendly town of 1,600 residents.

“The weather gave us a lot of help this year because it's been absolutely beautiful all week,” said Keith Strage, a board member for the volunteer group that hosts the annual event. He said the highlight of the weekend for him is awarding seaplane flying scholarships to deserving young people, and plaques to the contest winners. “The camaradarie among seaplane pilots is something you’ve got to see to believe.”—Dave Hirschman