Get the app Get the app
AOPA Members DO more LEARN more SAVE more - Get MORE out of being a pilot - CLICK HERE
News & Media Helicopter Technique: Escape the vortex

Of the many boogeymen helicopter pilots face, vortex <span>ring state is one of the scariest. This insidious danger can bring down a ship with little warning, and pilots must act quickly to avoid a hard landing. Now, almost 100 years after the phenomenon was identified, there’s a new technique to tame the beast. 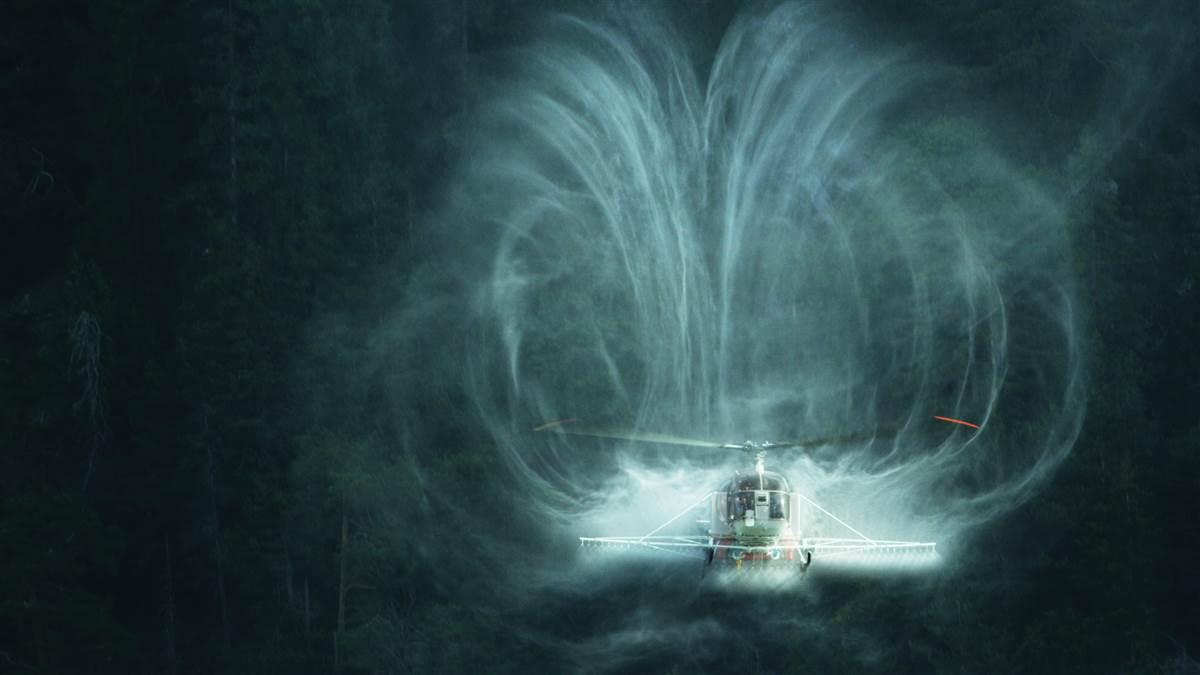 Helicopter Association International announced in December 2017 that it will present Claude Vuichard with the 2018 Salute to Excellence BLR Aerospace Safety Award. The award recognizes “those who have excelled in promoting safety in the helicopter industry”; HAI acknowledged Vuichard for his recovery technique, helicopter safety education efforts, and the establishment of the Vuichard Recovery Aviation Safety Foundation. The award will be presented at the Salute to Excellence Awards dinner during HAI Heli-Expo 2018, held in Las Vegas February 26 through March 1.

Sometimes called settling with power, vortex ring state happens when a helicopter descends at a rate that puts the blades in their own downwash; instead of drawing clean air from above the blades, some disturbed air begins to travel up through the blades. The effect looks like a big circular churn, similar to wingtip vortices. This dirty air reduces lift and is progressive. So as the helicopter gets into vortex ring state, it descends faster, and descending faster increases the dirty air, which makes the helicopter descend still faster. Accidents have occurred with helicopters coming down at more than 2,000 feet per minute.

For vortex ring state to occur, three conditions must be met: The helicopter must be developing power, the descent rate must exceed 300 feet per minute, and the ship has to be below effective translational lift. Generally, that’s something less than about 25 knots. A tailwind or confined area can worsen conditions. Many speculate that vortex ring state brought down the Army helicopter used on the Osama bin Laden raid in 2011, which may have happened because of the walls around bin Laden’s compound.

For years pilots were trained to recover from vortex ring state by lowering the collective and pushing forward on the cyclic to fly out of the dirty air. Once clear the pilot would pull up on the collective to minimize altitude loss. It’s not unlike a stall recovery in an airplane. The mushy controls leading up to a stall even feel similar to the wallowing of a helicopter in vortex ring state.

The FAA practical test standards for vortex ring state don’t specify a maximum altitude loss, but 100 or 200 feet is common. That’s not much when you’re practicing 1,500 feet above the ground, but it could be too much to overcome on an approach.

Claude Vuichard thinks he’s come up with a better way to recover. Vuichard recently retired from the Swiss aviation authority with tens of thousands of hours flying helicopters in the Alps. His method is so simple, and so logical, it’s a wonder we haven’t been doing it this way for decades.

The technique is this: For helicopters with a counterclockwise rotating main rotor, pull the collective to climb power, and apply right cyclic and left pedal. A clockwise rotating main rotor requires the reverse—left cyclic and right pedal. By doing this the helicopter enters a slip that enables the tail rotor to push the whole ship to clean air. And because climb power has already been established, altitude loss is minimal. After a few attempts, a student can usually recover in about 20 to 50 feet.

Because the helicopter training community is small and communication is strong through manufacturer bulletins, once the technique catches on it will spread quickly. Already the U.S. Helicopter Safety Team, a respected group made up of industry and government leaders, has endorsed the technique. Tim Tucker, Robinson Helicopter’s influential chief instructor, writing in Rotor & Wing International, said, “I’m convinced the Vuichard recovery is a tremendous improvement and can greatly improve the safety of operations close to the vortex ring boundaries.” Robinson now teaches the recovery technique in its factory safety training, and Tucker has introduced it in Robinson’s training materials that most Robinson instructors use.

An interesting undercurrent to any discussion of vortex ring state is how prevalent a problem it really is. According to an AOPA Air Safety Institute analysis of helicopter accidents from a snapshot between 2012 and 2014, vortex ring state was a factor in fewer than 3 percent of all accidents, and only two were fatal. Whether that means helicopter pilots are good at avoiding vortex ring state, or if the traditional recovery technique is generally adequate, it’s hard to know. Regardless, it’s no doubt any pilot would be happy to cut their altitude loss from 200 feet to 20 when entering the vortex close to the ground.