Get the app Get the app
News & Media Technique: Canyon turn

Pilots don’t intend to fly into dead-end canyons, but it happens. For this reason, pilots should practice minimum-radius “canyon turns” before they start flying in the mountains. Refine your technique and, if the unthinkable ever happens, you’ll increase your odds of a safe escape.

Here’s how it works. 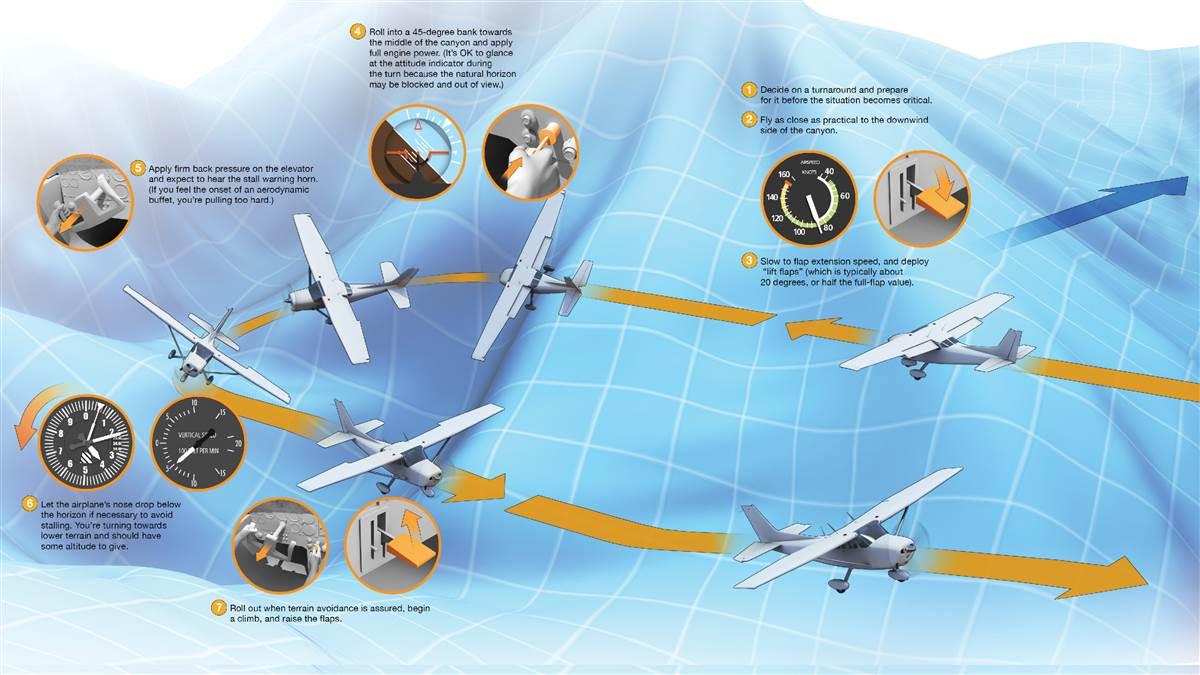 Make the math work for you

Airspeed is under your control

The radius of a turn equals the velocity squared divided by the constant of 11.26 times the tangent of the bank angle in degrees. Simply put, the pilot only controls two variables: airspeed and bank angle.