Get the app Get the app
Get the latest news on coronavirus impacts on general aviation, including what AOPA is doing to protect GA, event cancellations, advice for pilots to protect themselves, and more. Read More
Already a member? Please login below for an enhanced experience. Not a member? Join today
News & Media Lean on me

The optimum air/fuel ratios for piston-engine power and efficiency have been known for decades—but aircraft engine gauges don’t display them. Pilots monitor exhaust gas temperatures, fuel flows, and cylinder head temperatures—all indirect indications of the air/fuel ratio (AFR). Things get even less precise when pilots lack engine monitors and are forced to lean the old-fashioned way: Pull the mixture knob out until the engine runs rough, then push it in until the engine runs smoothly again. 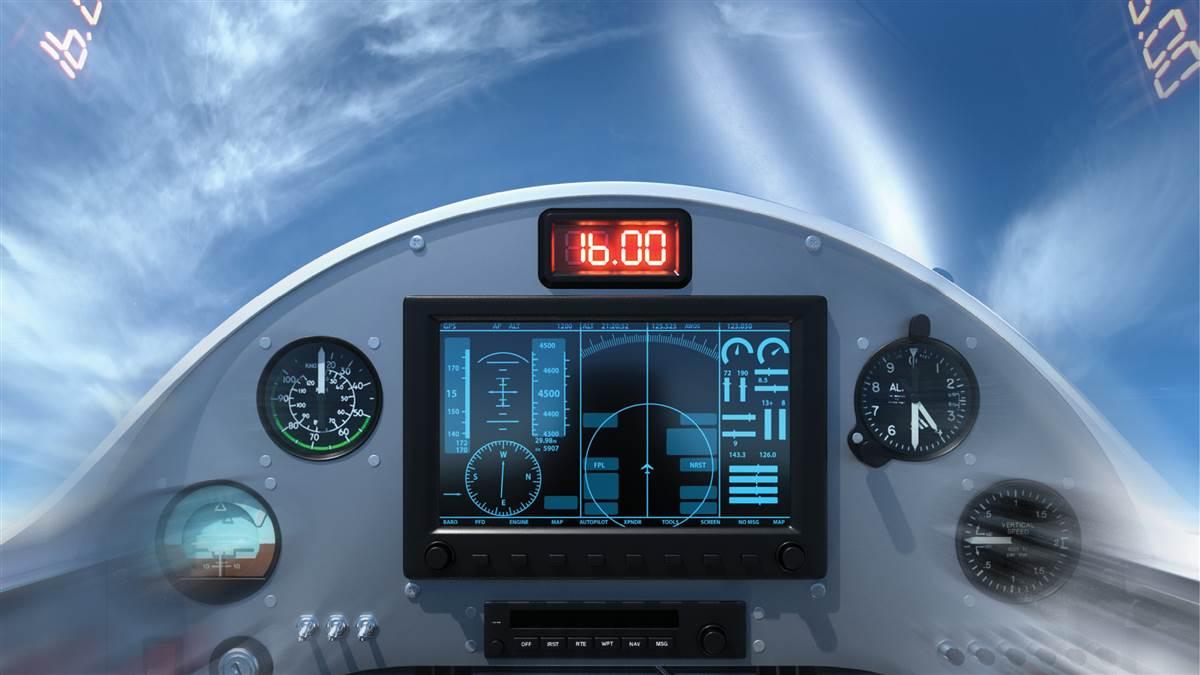 Illustration by Oliver Burston
The Greek letter lambda is used to designate the air/fuel equivalence ratio, the relationship of the actual air/fuel ratio to the stoichiometric ratio—where exactly enough air is present to completely burn all the fuel.

Many high-performance cars are equipped with a lambda gauge that continuously displays AFR (and uses a sensor in the exhaust manifold to measure it). Aircraft engine manufacturers don’t use lambda gauges, but owners and builders of Experimental-category aircraft are beginning to adopt them.

Klaus Savier, founder of Lightspeed Engineering, a California firm that designs and sells electronic ignition systems, says lambda gauges take the guesswork out of leaning. Pilots taking off from high-altitude airports can at a glance precisely set the mixture for best power before beginning their takeoff rolls, and pilots leveling off at high altitude in cruise can easily and quickly set the mixture for maximum efficiency.

“I thought about installing a lambda gauge in my airplane many years ago,” Savier said, “but I was told they wouldn’t work with leaded avgas, so I didn’t question it, and I didn’t try. Finally, I decided to see for myself. I’ve been flying with lambda gauges in my two airplanes now for a combined 800 hours.

Engineers have long known that the optimum AFR for peak output is 14.7:1—and the first gauge for measuring it in cars was developed in the late 1960s. In air-cooled piston aircraft engines, full power at peak output can create dangerously high temperatures, so pilots are wise to avoid them. Piston engines typically run at relatively rich mixture settings during takeoff and climb.

Savier says he takes off and climbs at a best-power setting of 12.7:1. In cruise, he typically leans for maximum efficiency at a lean-of-peak setting of 16:1. The graphical engine monitor on his Rutan-designed Long-EZ confirms exhaust gas and cylinder head temperatures are well within limits.

Mike Filucci, an AOPA colleague, installed a lambda gauge in his RV–4 and says it’s become his primary reference for setting the mixture in his ECI Titan IO-370 engine. He documented the results on a series of flights that showed remarkable reductions in fuel consumption accompanied by relatively minor speed penalties.

Then he leaned the AFR to 16 on the lambda gauge and airspeed dropped five knots to 173 true (147 indicated) while fuel flow plummeted to 7.1 gallons per hour. That’s a 3-percent airspeed reduction for a 40-percent drop in fuel consumption.

Engine CHTs and EGTs stayed well within normal ranges at both rich and lean settings. (The engine was equipped with dual P-Mag electronic ignitions and automotive spark plugs and wiring harnesses, so it ran smoothly despite being 100 degrees Fahrenheit lean of peak EGT.)

“Unburned fuel from excessively rich mixture settings will dilute the oil and cause ring and cylinder wear,” he said.

Savier said the lead fouling caused his first lambda probe to fail. But that problem hasn’t recurred, primarily because the information the gauge provides allows him to run his engine far leaner—and that keeps lead deposits from building up. Also, the shift away in general aviation from leaded fuels in the future may make lead fouling a moot point.

“I only had one probe go bad,” Savier said, “and that happened early, when there was a lot of rich operation.”