Get the app Get the app
Already a member? Please login below for an enhanced experience. Not a member? Join today
News & Media WX Watch: The frozen zone

Prepping for the icing season

The fundamentals of a basic education in aircraft icing are fairly simple. The prime directive, of course, is to avoid icing conditions, especially if the airplane you’re flying isn’t certified for flight into known icing conditions (FIKI). 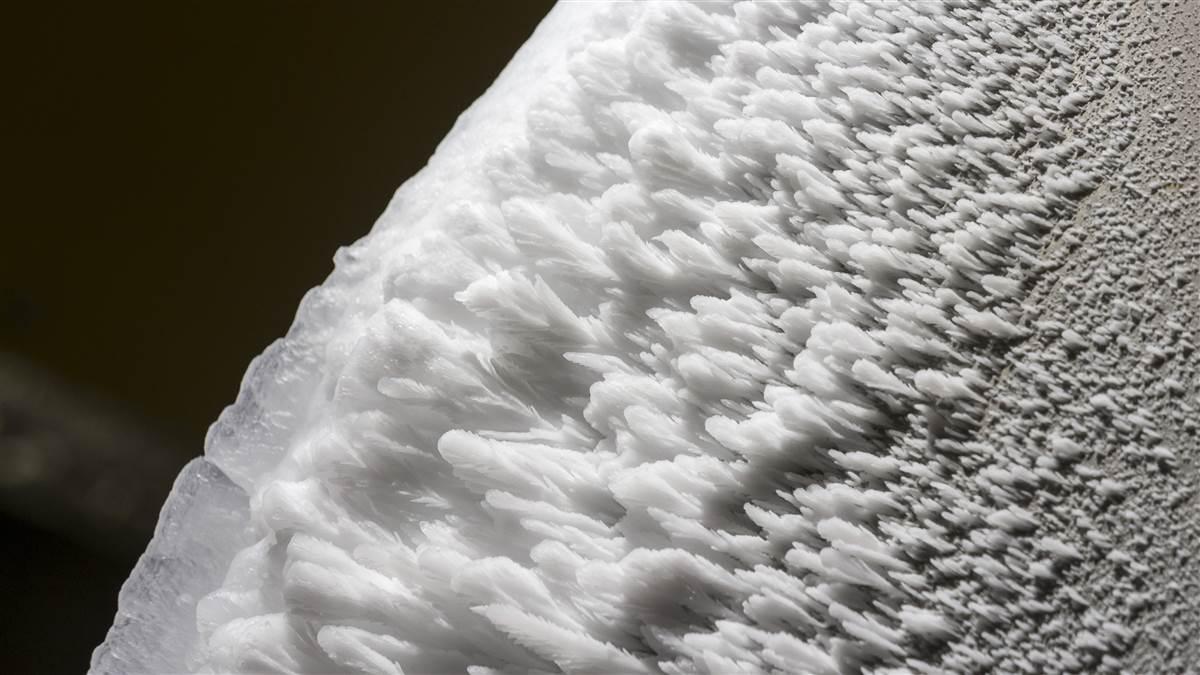 The NASA Glenn center’s icing wind tunnel can recreate varied icing shapes and variations. This leading edge has a layer of mixed rime and clear ice, which often occurs in the minus 10 to minus 15 degrees Celsius temperature range.

This means obtaining a preflight briefing to learn of any icing airmets, as well as staying abreast of the weather situation as you fly. Those of us with Sirius XM WX and/or Flight Information Service-Broadcast (FIS-B) datalink weather aboard have a huge edge in the early warning department here. The next rule is to escape icing conditions at the first sign of ice accretions. This means making a 180-degree turn, or climbing or descending as terrain or obstacles permit. But there’s more to it than that. 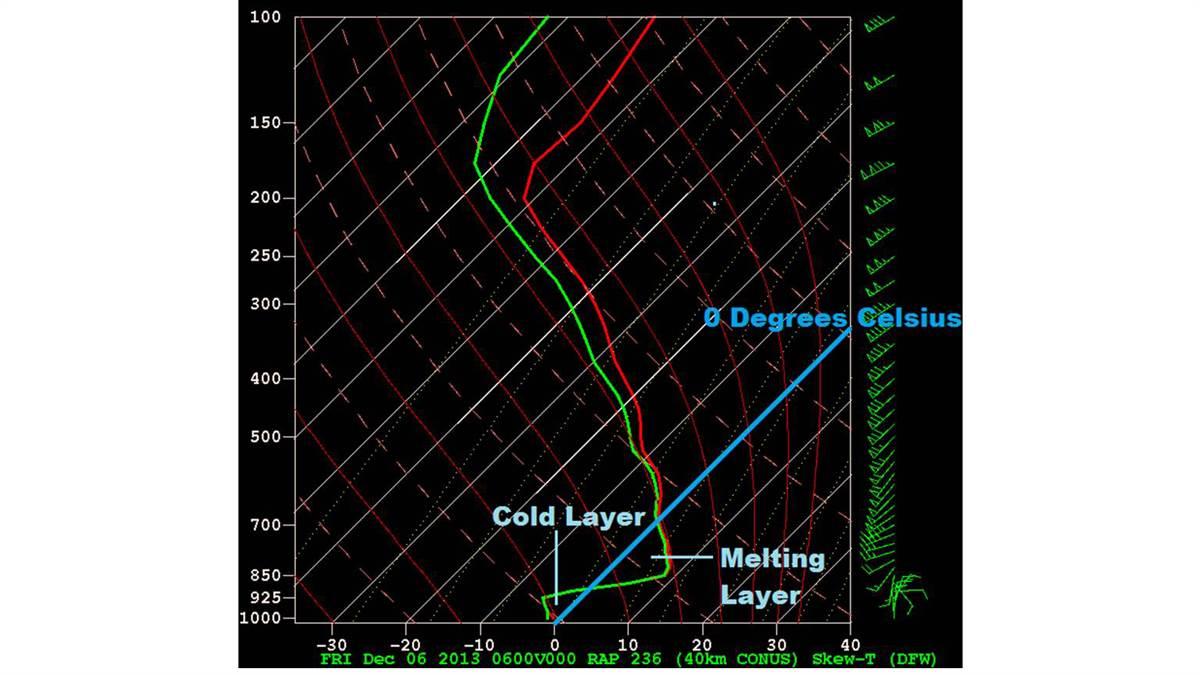 First of all, if you’re picking up ice, you have to ask yourself how this happened in the first place. Either you learned of the current or forecast icing potential from a briefing or the Aviation Weather Center website  and ignored it, or you decided the risk of an icing encounter was minimal. If XM WX or FIS-B-equipped, you may have flown into an area that appeared clear of icing clouds a while ago, but owing to delays in transmission time now are all around you.

For those lucky enough to have FIKI-equipped airplanes, don’t get complacent. Yes, it may be legal to take on icing conditions, but ice protection systems can only handle so much. Large ice accretions on unprotected areas still affect an airplane’s behavior, and unless ice protection systems are used properly they can do little to prevent airspeed decay and loss of lift. Holding altitude in icing conditions means increasing the airplane’s angle of attack, whether it’s being done by the pilot or an autopilot/flight control system.

With pneumatic deice boots, the traditional advice was to inflate the boots after a quarter- or half-inch of ice had built on the wing leading edges. Not anymore. Today, we’re told to begin boot-inflation cycles at the first sign of icing, because even small amounts of ice can cause disproportionately adverse effects. As for autopilot use, this can be a bad idea. Autopilots can mask any unusual control feel—such as an increased sensitivity in pitch—that indicates an impending stall or upset.

Most of us fly fixed-gear piston singles that do not have FIKI approval. Even so, it’s not like we’re helpless in an icing encounter. There are several ways you can protect the flight as you make your way out of ice-laden clouds or precipitation. Turn on the pitot heat—which in any case should be on any time outside air temperatures drop below 5 degrees Celsius/40 degrees Fahrenheit. In airplanes with carburetors, turn on the carburetor heat. This does two things: it heats the engine’s intake air, and reroutes intake air away from the normal pathway through the air filter—which may be blocked by ice buildups. With fuel-injected engines, open the alternate air intake door to prevent air filter buildups from stopping the engine.

Can you ice up without being in the clouds? Yes! This can happen when flying beneath a warm front’s boundary aloft.Here’s hoping you’re on an IFR flight plan, because contacting ATC for help in escaping ice and diverting to a suitable alternate airport is another action item. Not on an IFR flight plan? Then contact the nearest ATC or flight service frequency, confess your predicament, and ask for help. Have datalink weather? Then check for airports that advertise high ceilings and visibilities, long runways—and, ideally, warmer-than-freezing temperatures. You want to lose ice as you descend for a landing, not collect more.

Make your approach at a higher-than-normal airspeed and use a minimal flap deflection for the landing, to prevent both conventional and tailplane stalls. Which brings up landing technique: With any ice adhering to the airplane, don’t try for a full-stall landing. Instead, roll it on at a higher airspeed, which explains the need for a longer runway.

Pilots sometimes get the idea that flying on top of, or between, cloud layers is a great strategy for cruising clear of ice. That’s great, if it lasts. But cloud layers can merge, cloud tops can rise, and sooner or later you’ll have to descend through them for a landing. Make sure the clouds and weather are forecast to be stable and nondynamic, with decent visual conditions for both your departure and arrival airport areas.

Can you ice up without being in the clouds? Yes! This can happen when flying beneath a warm front’s boundary aloft. As warm air rides up and over any cloud-free, colder, denser subfreezing air below it, rain can fall from the frontal zone’s clouds, become supercooled as freezing rain, then adhere to an airframe as clear ice. What may look like an innocent rain shaft up ahead may really be the worst type of clear icing.

Warm fronts can also create widespread freezing rain conditions near the surface. Where warm fronts contact the surface, shallow layers of subfreezing air—remnants of the retreating cold air mass ahead of the front—can turn any rain into freezing rain. The freezing rain layer may be less than 2,000 feet thick, but it’s deep enough to make for a dangerous approach in any type of airplane, FIKI-equipped or not.

To make matters worse, warm fronts move slowly and put fog and low clouds in low-lying areas, especially those with lakes and rivers—where many airports are located. And when sinking, cold air riding on northerly winds runs into high terrain, it dams up when a warm front is overhead. This process is called cold-air damming, and it’s notorious for causing low instrument meteorological conditions and icing conditions that can persist for days. Again, it’s the warm front’s counterintuitive, warm-over-cold temperature layering that sets the stage.

Strange, but true. In the past, some curious pilots experimented with smearing grease on wing leading edges, in hopes that ice wouldn’t adhere to them. It didn’t work. Today, icing researchers at NASA’s Glenn Research Center in Cleveland are taking a more scientific approach to the field of icephobics—coatings that passively resist ice accretions. But first they have to develop algorithms for NASA’s GlennICE computer program to verify the adherence characteristics of icephobics, and test their performance. Proprietary polymer coatings and Teflon are due to be tested in NASA Glenn’s Icing Research Tunnel. “There’s been lots of interest,” said Tony Nerone, program manager of NASA’s Advance Aircraft Icing Project, “but bad control in the past.” Then as now, icephobics face one big challenge—be it grease or polymers, the rush of oncoming air blows the coatings off the wings.

NASA Glenn is also testing turbofan compressor sections to better define how icing happens on a jet engine’s low-pressure compressor blades and stators. Apparently evaporative cooling in the compressor of a NASA testbed engine (a Honeywell ALF 502, the type used in BAe 146s) can cause moisture-laden, 80-degree-Fahrenheit air entering the engine to drop to below freezing within 30 seconds. What follows can be a rollback of power or a flameout. Again, the goal is to use the ALF 502 tests to determine if its results can be applied to other engine programs in the future.

Does this sound esoteric and rarified? Bear in mind that between 2004 and 2006 there were three instances where Beechjets experienced dual-engine flameouts. In June 2017, another Beechjet had a single-engine flameout. By then, five Beechjets had experienced unexplained flameouts. (All flights ended safely and without injury.) What did all three events have in common? All were flying at high altitude, circumnavigating thunderstorms, and all pilots had retarded the power. Two of the flight crews were able to restart at least one engine; the third landed without any engine power. Was it compressor icing caused by ingestion, melting, and refreezing of ice crystals around the storms? No one seems to know. The NTSB issued an urgent recommendation in August 2006 advising pilots to “activate ignition and anti-ice systems at high altitude whenever they are in or near visible moisture, or near convective activity, or before any power reduction while in those conditions.” Maybe we have a new kind of icing condition on our hands.