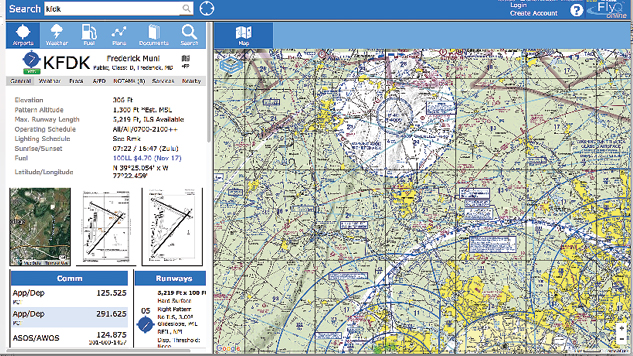 Volvo parent company buys Terrafugia to launch a flying car by 2019
Zhejiang Geely Holding Group, the Chinese parent of auto brands Volvo and Lotus, finalized its latest acquisition to snap up next-gen transportation startup Terrafugia. The company is best known for its futuristic flying car designs, the Transition and the TF-X—and with the new corporate support from Geely, Terrafugia says it will aim to release the Transition to the market in 2019, following up with the more accessible TF-X rig by 2023. —Mashable

NTSB: GA sets new safety record
According to data released November 21, 2017, by the National Transportation Safety Board, general aviation has never been safer. The federal safety watchdog group reported that in 2016, flight activity grew to an estimated 21.3 million flight hours, and the GA fatal accident rate fell to the lowest level in the 50 years since the group was founded. —AOPA.org

NTSB reports Halladay flying low before crash
Retired baseball star Roy Halladay flew as low as 11 feet at 92 knots over the Gulf of Mexico in the moments before he crashed his Icon A5 and lost his life, the NTSB revealed in a preliminary report published November 20, 2017. GPS data recovered from the wreckage of Halladay’s A5 was consistent with witness accounts and video captured moments before the November 7 crash. The preliminary report does not offer any indication of probable cause, which typically requires months to establish. —AOPA.org

Electronic flight bag is next for Seattle Avionics

Features added to FlyQ Online include time-based weather, an altitude slider to check winds aloft, detailed color-coded temporary flight restrictions, and the ability to export flight plans to ForeFlight and other formats including PDF, GPX, and KML files. METAR and TAF descriptions, winds aloft, airmets, and sigmets are presented on a timeline so that pilots can “see how weather is expected to change over time.” Similarly, pilots can move an altitude slider to find winds aloft that best suit their route. Other weather features include animated and static radar, surface winds, temperatures, precipitation, visibility, and pilot reports.

Version 3.0 of FlyQ EFB is billed as the “most significant upgrade in FlyQ’s history.” By developing full iPhone support and integrating augmented reality from the company’s FlyQ InSight product, “FlyQ EFB combines the live out-the-window video feed from the iPad or iPhone with computer-generated overlays showing where airports are,” the company said. Users’ subscriptions to the app can now be used on all iPads and iPhones that the subscriber owns. It integrates with FlyQ Online and will have the same functionality on iPhones as on the iPad, except for the split-screen capability.

James W. Brown Jr., who led Hartzell Propeller Inc. for nearly a quarter-century that spanned the aviation industry’s tumultuous 1990s, died November 20, 2017, at age 84 surrounded by his family. An obituary posted by the family lauded the aviator’s “wisdom, intelligence, kindness, humor, and sense of adventure.” AOPA President and CEO Mark Baker noted that Brown had two favorite sayings: “Break a rule every day” and “heed the ‘Eleventh Commandment,’” which Brown endorsed as being “Thou shalt go for it.”

Brown purchased the propeller company from TRW in 1987 and stepped aside from daily operations in 2000. “I’m not retiring, but I am looking forward to enjoying some longer weekends,” Brown said after handing the reins of the propeller operation over to his son, Joe Brown. Meanwhile, son James Brown III runs parent company Tailwind Technologies, which invests in other companies. Under the elder Brown’s leadership, Hartzell Propeller launched innovations that helped set altitude records, introduced the company’s popular Top Prop conversion program, and assisted NASA with a general aviation propulsion system.

Brown was a skilled U.S. Navy pilot and an astute business leader who “played a very significant leadership role” in the reinvigoration of general aviation’s fixed wing sector following the passage of the General Aviation Revitalization Act, wrote Pete Bunce, president and CEO of the General Aviation Manufacturers Association. Brown served on GAMA’s board of directors for 10 years.

The company launched in 1860 when John T. Hartzell began his business career selling lightning rods from a horse and wagon. Early on, the company specialized in shaping hardwoods into rifle stocks and other items before family friend Orville Wright convinced the Ohio firm’s founders to taper a walnut log into an airfoil in 1917.

Angels in the Sky' is a gripping cold war thriller

Aviation has long been shaped by colorful characters willing to risk everything for deeply held beliefs—and there is perhaps no better example of that than the fliers behind Israel’s 1948 war for independence.

Author and pilot Robert Gandt masterfully tells their story in Angels in the Sky, a book that reveals the epic sweep of that conflict and heroism of the young country’s mostly volunteer pilots. It also shows their flaws, fallibility, and the shoestring nature of their long-odds fight against numerous and better equipped enemies.

Gandt, leader of Florida'sMavericks formation aerobatic team, is a former fighter and airline pilot. His breadth of aviation knowledge is irreplaceable in describing the flying characteristics of airplanes as varied as Bf–109s (S–199s), Spitfires, Mustangs, Beaufighters, DC–3s, C–46s, B–17s, and Constellations. All had roles in the 1948 war.

Angels in the Sky reads like a Cold War thriller. The well-documented story it tells reaches around the world—from the former Czechoslovakia, where Israel bought former Nazi warplanes; to Panama, where its bogus airline was based; and to Oklahoma, where worn-out B–17 bombers were flown to the Middle East just ahead of federal agents. It also tells the little-known story of a controversial Spitfire versus Spitfire fight between Israeli and British pilots at the end of the war.—Dave Hirschman

AOPA’s redesigned AOPA Pilot Guides: Bahamas and Caribbean editions are available for 2018. The guides, on sale now, have been a trusted source of flight planning information for the islands for more than 35 years.

Featuring photographs of every airport in the islands (61 in the Bahamas and 88 in the Caribbean), the guides provide runway and navigation information, customs and immigration procedures, survival tips, and more.

You’ll also find hotel and recreation phone numbers, information about the local culture, the best way to get around on the islands, and what the food is like. Plus, read tips and suggestions from other pilots about where to stay and fun things to do.

“As a comprehensive resource for travelers and pilots alike, these guides make it easy to find everything you’ll need to know about flying to the Bahamas and the Caribbean,” said Jiri Marousek, AOPA senior vice president of marketing. “AOPA spent the past year making improvements, so the guides include even more information about airports as well as recommendations on places to eat, sleep, and play.”

“The redesign of the guides is part of a broader AOPA effort to give pilots more content about fun and exciting places to fly,” Marousek said. “Expect more in 2018.”

Henri Dupuy de Lôme was a French naval architect who designed warships. During the Franco-Prussian war, early balloonists attempted to get messages, food, and people out of the city during the Siege of Paris. The problem was that the balloons were not navigable. Dupuy de Lôme designed a steerable balloon airship, which was 118 feet long, 95 feet wide, and could travel 6.8 mph. Its basket could carry eight men. While credited as the first navigable balloon, Dupuy de Lôme’s airship—at a cost of 40,000 francs to the government—never aided in the war effort. Its first flight was on February 2, 1872, after the war ended.