Stepping up in style

Unless you’re from California, you may not know about Angel City Flyers, an upscale flight school and Diamond Aircraft dealership with two locations. One is at the Long Beach Airport, and the other at the Hayward Executive Airport. If your flight school experience includes memories of ancient, abused trainers; beat-up couches; dingy offices; and indifferent staff, then Angel City will be a welcome surprise. The modern facilities are a mere four years old; there are two simulators; wide-screen TV monitors are used for training videos and other coursework; there are co-located maintenance hangars; and morale is high among the 20 instructors and administrative staff. Monthly scheduled social events sometimes morph into weekly hangar parties. 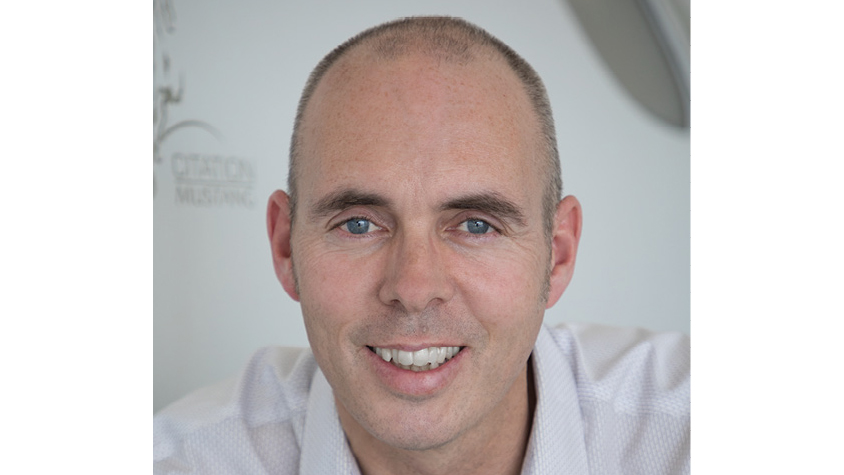 Seosamh Somers hails from Ireland’s County Wexford. Disappointed with the “spit and sawdust” flying operations there, he came to Long Beach on a student visa and earned all his U.S. certificates and ratings, returned to Ireland to get his European certification, then came back to Long Beach, green card in hand. He set up Angel City Flyers in 2003, moved to the current Long Beach site in 2009, had it expanded and modernized, and then set up the Hayward Airport branch in 2013. Angel City Flyers obtained the first G1000-equipped DA42 simulator from Diamond Aircraft’s simulator division, then the Redbird Mustang simulators. The current fleet includes one new Diamond DA62 turbodiesel twin, which is the first DA62 available to rent in the United States. The Angel City staff has trained approximately 1,500 pilots over the years. —TAH

Angel City offers wide-ranging curricula that can take a pilot all the way from student to airline transport pilot. To do this, Angel City has a fleet of eight Diamond DA40s, eight Diamond DA42 twins, one of Diamond’s new DA62 twins—and four Cessna Citation Mustangs. And a Citation CJ3+ is on the way. This is one ambitious flight school.

Pilots usually associate Redbird simulators with light piston singles, but the AMS Custom versions have been extensively programmed and continually refined to match turbine aircraft such as the Citation Mustang, Beechcraft King Airs, and others. Instructors can call up all manner of system failures and malfunctions, the wrap-around visual displays are impressive, and the motion adds an extra touch of sophistication.

The Mustang AMS comes with a realistic Garmin G1000 avionics suite that puts the Mustang’s primary flight display and multifunction display bezels over three computer screens. The Mustang autopilot control panel is there, as is the data-entry keypad, power quadrant, and other controls. Using the Cygnus virtual GPS position program, it’s possible to use an iPad to practice using the ForeFlight app to augment the G1000 navigation data. Angel City charges $300 per hour to fly the AMS solo, $450 if dual instruction is involved.

The day I was there, one of the Mustangs was in Denver, another was in North Carolina, and a third was on an instructional flight. That left one for me to use for some dual of my own. But first came a session in the Redbird, with Angel City Flyers President Seosamh (pronounced “Show-seff”—it’s Gaelic) Somers. Somers wasted no time putting me—and the simulator—through its paces. Dual and single generator failures were first, followed by a dual engine failure; a tailcone fire; an engine fire; a visual approach to Jackson Hole, Wyoming; an LPV approach to the Ontario, Oregon airport; and a no-flap landing complicated by a hydraulic failure that called for emergency braking. It was 1.5 hours of prep for the flight to come.

Somers did a great job getting me back into the Mustang’s ways, with three approaches, two landings (one of them to a no-flap landing), airwork, and multiple system emergency scenarios. “Originally we were going to use a [Diamond] D-JET, but that didn’t work out, so I picked the Mustang because we wanted the next level up for our multiengine instrument-rated pilots,” he said. “It’s got proven Textron systems, is simple to operate, has a G1000, and I noticed that those new to the Mustang became comfortable in it within a short time.”

Somers introduced me to a helpful technique—setting airspeed using fuel flow instead of N1. For example, setting fuel flows to 400 pph per engine during level-offs in climbs ensures that you won’t overspeed. Down low, setting 370 pph per side will keep you below 200 knots should you be flying around Class B airspace.

So far, more than 75 pilots have gone through Angel City’s Mustang type rating program. Of that number, 30 now rent the Mustangs for business or recreational travel. Seven of those have been approved by Angel City to fly the airplane in solo, single-pilot operations. The rest are flying with the school’s mentor pilots under its supervised operational experience provisions. Mustang instruction is $800 for a full, eight-hour day, and the airplane rents for $1,200 per flight hour, dry. It’s also possible to buy a block of Mustang time.

Don’t want to come to California to train? Then Angel City will send the Mustang and an instructor to you.

You just don’t hear of Mustangs—or any turbine aircraft—being rented out by the hour. But it’s important to know that rentals are only available to those who have trained with the company. This is not a Part 135 operation, so on-demand or charter operations are not offered. “We’re not a rental organization for training,” Somers said. “We’re a training organization that rents to those who are appropriate and safe.”

In many ways, the operation is reminiscent of the manufacturer-driven general aviation heyday of the 1970s, when Cessna, Beech, Piper, and Mooney established dealerships with associated flight training centers and enthusiastically promoted flight training. Customers bought thousands of brand-new airplanes and leased them back to the centers, which in turn rented them out for training and private use. Angel City Flyers, as a Diamond Brilliance Center (one of only two such flight centers in the United States; the other is at the Naples, Florida, airport), operates on much the same business model. Plus, there’s a strong element of advocacy. At the end of every training flight Somers says he has two questions for instructors: Is the trainee safer? Is he or she more enthusiastic about aviation?

Could flight centers like Somers’ duplicate the success once fostered by general aviation manufacturers? Times have changed, but adding turbine training and rentals certainly injects a fresh experience and wider marketing target into what has become a stagnant (non-airline) training and step-up market.