Get the app Get the app
AOPA Members DO more LEARN more SAVE more - Get MORE out of being a pilot - CLICK HERE
News & Media Aircraft Maintenance: Major repairs and overhauls for propellers
Sponsored by Aircraft Spruce

Propellers may need the special attention and capabilities of a propeller shop for a variety of reasons such as routine overhaul limits, operating inspections, and major repairs. 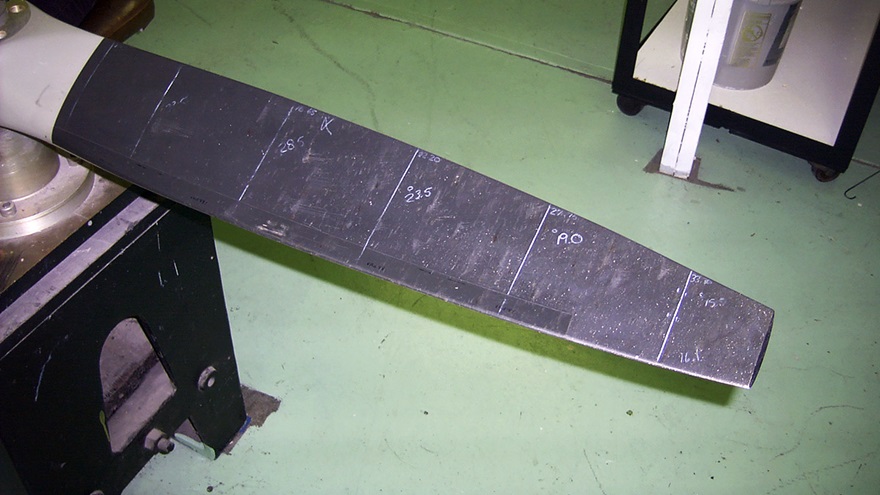 Almost all propellers have time before overhaul (TBO) guidelines published by the manufacturer based on both the in-flight hours and calendar months that the propeller has been in service. They typically range from 1, 000 to 2,000 flight hours and five to seven years in service. Hartzell propeller TBO guidance can be found in Hartzell Service Letter 61Y.  McCauley's TBOs are listed in McCauley's Service Bulletin SB137AE, and Sensenich released Service Bulletin No. R-17 regarding the recommended overhaul intervals for its metal propellers.

For Part 91 operators, TBO intervals are not mandatory, but extending the interval can be a false economy when it comes to your propeller because the enemy is corrosion and catching corrosion damage in time can be the difference between saving your propeller or mounting it on your hangar wall.

Case in point: Last year, I noticed a small amount of grease leakage on the McCauley propeller on my Bonanza. The propeller was just past the recommended calendar interval for an overhaul, but I hadn’t been thinking about overhauling it right away because the aircraft is kept in a hangar and I had convinced myself that corrosion was unlikely since the aircraft was kept inside. Nonetheless, I pulled the prop and sent it to New England Propeller, a reputable shop located in East Haddam, Connecticut. I was expecting a quick re-seal of the blades, and I’d be back on my way.

Soon after my propeller arrived at the shop, I got a call from shop owner Artie D’Onofrio informing me that they had found corrosion in the snap ring grooves that secure the prop blades into the hub. Remember the 10 to 25 tons of centrifugal force pulling the blades from the hub of the propeller during normal operation? Those blades are kept in place by snap rings, and the grooves they ride in were corroded.

Fortunately, we caught it just in time. The damage was limited enough that the grooves could be machined oversize and larger snap rings installed in compliance with a McCauley service bulletin. Had I left the prop in service for another year, I might have had a drastically larger maintenance bill on my hands. I used the opportunity to do a complete prop overhaul, which includes overhauling the governor as well. Money well spent, to say the least, and a lesson learned that I can now pass on to others.

Lest anyone think that propeller overhauls are just for variable-pitch propellers, they’re not. Fixed-pitch propellers have similar overhaul limits and they are also very important, but possibly for different reasons. While minor repairs can be made in the field to fixed-pitch propeller blades, you cannot accurately check the dimensional details of the propeller. And, you might be surprised by how much this can change over time and impact the performance of the aircraft.

A friend of mine sent her fixed-pitch prop in for overhaul and heard back from the shop that they discovered that one blade was at a substantially different angle than the other. She effectively had one “climb” blade and one “cruise” blade. While that might seem like an interesting compromise, it’s not good for the prop, the engine, or the airframe. When she got her newly overhauled (and properly set up) propeller back on her Grumman, she couldn’t believe how much smoother the airplane flew. Without that overhaul, it’s hard to know if she ever would have discovered the discrepancy.

Another reason that propellers need a visit to the shop is for inspections related to operating the propeller outside the limits of its operating range. This includes sudden prop stoppages and over-speeds. If you have experienced either of these, it’s imperative that the propeller be inspected to ensure nothing has been damaged.

Once your propeller is in top shape, there’s still one last step left to get the best performance possible: dynamic balancing. We’ll cover that next time. Until the, happy flying!