Get the app Get the app
AOPA will be closing at 2:30pm ET Wednesday, November 23rd, and will remain closed Thursday and Friday in observance of the Thanksgiving holiday. We will reopen Monday November 28th at 8:30am ET.
AOPA Members DO more LEARN more SAVE more - Get MORE out of being a pilot - CLICK HERE
News & Media Progress on diesel engine reported

Engineered Propulsion Systems has worked quietly toward certification of an eight-cylinder aviation diesel engine since announcing the clean-sheet design was “frozen” in 2016. While the timeline slipped, the Wisconsin company now expects to have certification requirements complete by the end of 2018. 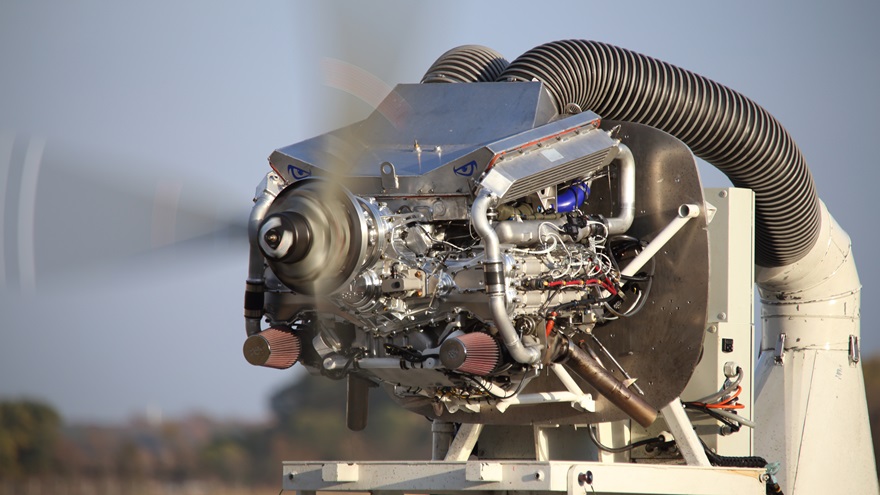 EPS CEO Michael Fuchs, who founded the company in 2006 with fellow automotive engine designer Steven Weinzierl, said in a Jan. 10 press release that each component has performed “flawlessly” in testing, while software validation has proved more time-consuming than once hoped. (The company at one point planed to announce certification in 2017.)

“The issues that have arisen are tied to the formal aspects of demonstrating a high degree of confidence in new software to the FAA,” Fuchs said in the news release. “Every function in the operation and analysis of the engine is controlled by the engine’s on-board computer. The good news is that the software verification issues are finite and the solutions are within reach. They’ve cost us an extra eight to ten months, but we expect to be on track with production goals in the coming year.”

The company hopes to achieve a 3,000-hour time between overhauls for the engine that will burn a variety of fuels, including Jet A and straight diesel, with a fuel burn about half of what established aviation powerplants deliver in the same 320- to 420-horsepower range. Dick Rutan flew a Cirrus SR22 fitted with a prototype version in 2014, and pronounced it a “new paradigm in aviation propulsion.”

Investors have been patient as the engineering team works through the steps to achieve FAA approval, and the company noted in the Jan. 10 release that it has “assurances of funding through 2018 and expects to stage a product rollout by next spring.”

The company has not yet announced a cost for the new engine, but has been collecting information from potential customers through its website that will help it prioritize supplemental type certificates for retrofit installations. EPS is also working with the U.S. Air Force on a four-cylinder version that would power unmanned aircraft.