Get the app Get the app
Already a member? Please login below for an enhanced experience. Not a member? Join today
News & Media How It Works: Distance Measuring Equipment

How It Works: Distance Measuring Equipment

GPS is pushing this technology to pasture 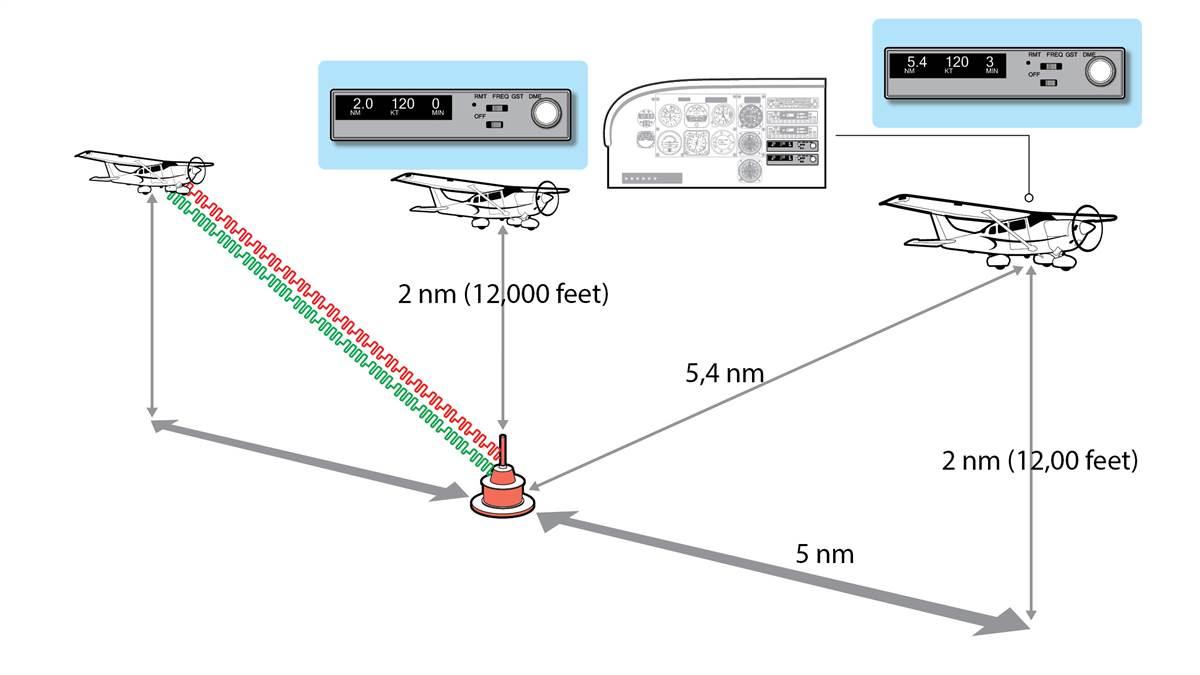 VOR
Aircraft with proper equipment can determine the radial from or bearing to a VHF omnidirectional radio range.

VOR/DME
This VOR has integral DME, providing slant-range distance via a UHF frequency paired with the VOR’s VHF frequency.

Distance measuring equipment (DME) is a system requiring both aircraft-installed and ground-based equipment, with the latter normally co-located with a VHF omnidirectional radio range (VOR) or, sometimes, an instrument landing system (ILS). It provides the pilot with the slant-range distance to the DME transmitter. Slant-range distance will always be slightly greater than the flight-planned distance to a DME station, because it also includes the aircraft’s height above the station—the DME display in an aircraft 6,000 feet directly above a DME transmitter will read one nautical mile.

Although DME operates in a separate frequency band, its frequencies are paired with a VOR, ILS, or localizer frequency. When the pilot of a DME-equipped aircraft tunes the frequency of a VOR (or ILS) with DME, the frequency of the co-located DME is automatically tuned. The aircraft interrogates the DME ground station with a pulsed signal, and the station replies. Aircraft equipment measures the time between transmission and reception to determine the distance; from that, groundspeed and time to station can be derived.

Thanks to the global positioning system (GPS), pilots don’t rely on DME as much as they used to, although DME—or an IFR-approved GPS—is still required for some instrument approach procedures. And if you fly high, DME might be mandatory: If FAR 91.205(d)(2) requires VOR navigation equipment, then an approved DME or a suitable RNAV system is required for flight at or above flight level 240.

An interesting fact about DME transmitters: You may not be able to receive one if it’s overloaded. When a ground station receives more interrogations than it can process—stations are rated for 100—it automatically reduces receiver sensitivity, and will not respond to queries from aircraft farther away.