Get the app Get the app
News & Media Pilots: Alaska Pilot 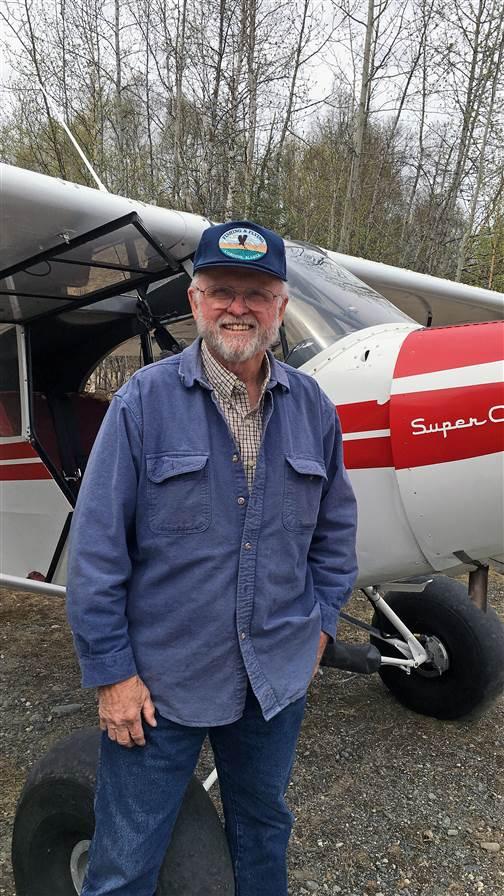 Elwood Schapansky’s last day as a paid pilot was full of mixed emotions. As a bush pilot in Alaska for more than 40 years, he had gotten to do what he loved: He highlights flying de Havilland Beavers on skis for Talkeetna Air Taxi as the biggest thrill of that career. “You get to fly into the Alaska Range, land on a glacier, get out, and look at the stunning beauty. It was a dream come true.”

Earning a doctorate in physics from Colorado State University in 1972 was not nearly as fun as flying airplanes for a living, he said, but it helped him land a job as a physics teacher at Santa Barbara City College in California. There, he also taught aeronautics and wrote the very first Biennial Flight Review manual.

In 1975, Schapansky went to Galena, Alaska, to flight instruct. Without Alaska flight time, it took luck and timing to get a job as a bush pilot. Galena Air Service hired and trained him when the tundra fires demanded more pilots, beginning his commercial piloting that extended through 2013. “As a commercial pilot, you have a plane load of people whose lives depend on your skill and judgment,” he said.

Schapansky has flown high over the mountains and low along the coasts. “Always have a way out—even then, unpredictable events can happen,” he advised. Schapansky has used this mindset to keep a clean safety record. “You have to know your own confidence level, so that when you attempt something you are certain of the outcome.”

Schapansky came close to disaster when piloting a Piper Aztec out of Chignik Bay, Alaska. With a load of wet fishermen, shortly after takeoff, condensation from the passengers fogged up the windows. He managed to glimpse an approaching cliff through the side vent and turned in the nick of time. “There are some things that are just so unpredictable and you must act quickly,” he said.

Schapansky continues to challenge his piloting abilities while enjoying such activities in his retirement as baking zwieback bread, teaching physics to youngsters, and making Ulu knives. He and his wife, Karen, bought a ranch in Cuyama, California, where together they created a rustic 1,300-foot-long runway. She gets her dream ranch and he continues to live his dreams: sharing his passion for flight with others, including his five granddaughters.