“Hey, Greg! I’ve just experienced my first two engine failures—in one trip!” Flight instructor Jim Pitman had just ferried a 1946 Ercoupe from Wisconsin to Arizona, and wanted to brainstorm what might have caused the power losses. 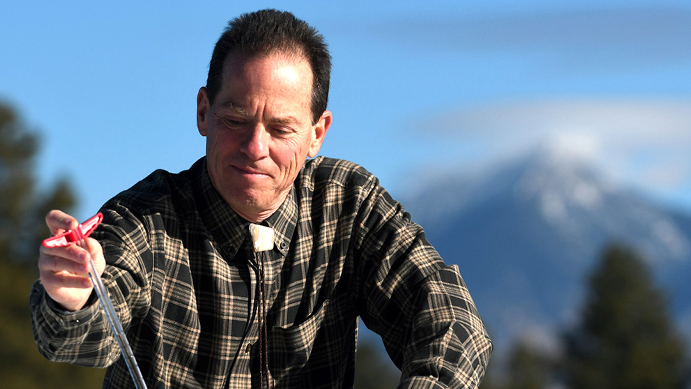 “The seller had kept the annual current and run the engine regularly, but hadn’t flown the plane in a few years. Following a thorough preflight inspection and engine runup, I departed Rice Lake Regional Airport for Storm Lake, Iowa, where I stayed in a neat lakeside hotel,” Pitman said.

After waiting for fog to lift the next morning, Pitman launched toward Phoenix with refueling stops at Smith Center, Kansas; Dalhart, Texas; and Belen, New Mexico. Following a slight diversion for thunderstorms, he crossed the Mazatzal mountain range east of Phoenix in darkness, “which was fine because I am very familiar with the area,” and overnighted at his home field, Phoenix Deer Valley Airport. After 15.3 flight hours from Rice Lake, all that remained the next morning was 60 minutes to Salome, Arizona. Deer Valley Tower issued Pitman an intersection departure from Runway 7R.

“When I lifted off, the engine lost power and the plane settled back on the main gear. As the nose came down, the engine regained power just as I pulled the throttle to abort the takeoff.” Back at the ramp, Pitman thoroughly tested the engine. Everything worked fine and, having so much time in the airplane, he figured the culprit was a one-time bit of water in the fuel. Still, as a precaution he requested full runway length for his next departure.

This time Pitman rotated more gently and the engine ran fine. But when he pitched up at 200 feet for best-rate-of-climb, the engine again quit. As before, power returned with decreased pitch, but he again aborted the takeoff and landed safely at the very end of the 8,196-foot runway.

After calling it a day and connecting the buyer with a mechanic, Pitman phoned for my opinion about possible causes. I observed that pitch-related engine failures usually result from fuel-flow interruptions caused by blocked or unported fuel-tank outlets, or a punctured or jammed carburetor float.

“The mechanic couldn’t find anything wrong,” Pitman later reported. “It ran perfectly sitting on three wheels—but I kept telling him that having suffered two engine failures after 15 uneventful flight hours, I knew there was a problem. Finally he sent out the carburetor for overhaul—turned out it was basically falling apart inside.”

Pitman’s experience underlines the importance of pilots having at least basic aircraft-systems knowledge. When engines misbehave, understanding their operating principles can make the difference between a happy ending, or not.

“The actual engine failures were far less troubling than the ‘what ifs’ afterward,” Pitman told me. Apparently he’d just flown a 71-year-old airplane 1,500 miles with a bad carburetor. What if the engine had failed over trees departing Rice Lake? While climbing through mountain downdrafts west of Albuquerque? Or over the Arizona mountains at night? What if he hadn’t requested full runway length on the second aborted takeoff?

Following repairs, Pitman delivered the Ercoupe to its new owner at Western Sky Airpark (0AZ2). A friend of the buyer who drove Pitman home afterward observed, “Western Sky is just a 3,500-foot strip. By resolving that carburetor issue you probably saved my buddy’s life.”

In handling the emergency, Pitman clearly practiced lessons he teaches his students:

“Although rare, engine failures do happen and we must always be prepared. Training works—after years simulating engine failures I was ready when it was real. Always brief emergency procedures before takeoff—have a plan in mind and be ready for the unexpected. Stay calm during emergencies; this tends to come naturally with experience, but can be learned and practiced by low-time pilots. And when something strange happens, take time to thoroughly investigate and follow that little voice inside when deciding what to do next.”