Get the app Get the app
Get the latest news on coronavirus impacts on general aviation, including what AOPA is doing to protect GA, event cancellations, advice for pilots to protect themselves, and more. Read More
Already a member? Please login below for an enhanced experience. Not a member? Join today
News & Videos Technique: The forward slip

Your secret weapon for steeper descents

The forward slip is a handy technique. Yet, after the checkride, pilots don’t practice it enough and often don’t think of it when the perfect circumstance arises. 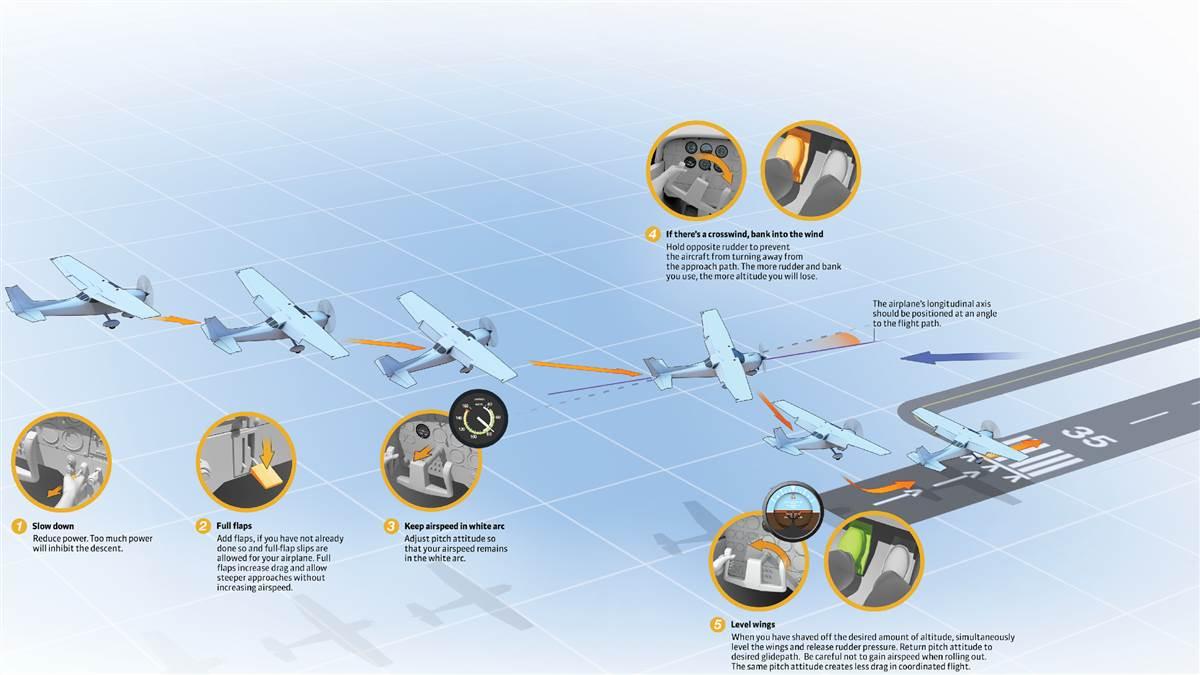 Maybe that’s because the main ingredient of a forward slip is a cross-controlled airplane. Generally, we are taught to avoid cross-controlling an airplane. But in a forward slip, we cross-control, safely, for a very good reason: to steepen the airplane’s descent angle to clear an obstruction on final. That’s really helpful at short, obstructed runways. A forward slip can be an essential skill for engine-out, off-field landings.

Before practicing a forward slip, consult the pilot’s operating handbook. Some Cessna models prohibit or urge caution when performing a forward slip with full flaps. Warn passengers when you’re about to perform a slip. They’ll be alarmed if they don’t know you’re flying this way for a reason.

The sideslip (also known as a “slip”) is a cross-controlled condition used on final approach to handle a crosswind. Like the forward slip, it requires keeping a wing low and opposite rudder. The difference is that the aircraft’s longitudinal axis is kept aligned with the extended runway centerline.

Objective
To determine that the applicant exhibits satisfactory knowledge, risk management, and skills associated with a forward slip to a landing.

Knowledge
The applicant demonstrates understanding of:

Skills
The applicant demonstrates the ability to: