Get the app Get the app
Already a member? Please login below for an enhanced experience. Not a member? Join today
News & Media Aircraft Maintenance: 500-hour alternator inspections
Sponsored by Aircraft Spruce

Alternators are electromechanical devices that turn mechanical energy into electrical energy through a process called induction. An alternator is essentially the opposite of an electrical motor. Engine power spins a drive shaft through either direct gearing or a belt-and-pulley system. The rotating shaft is mated to a magnetic iron core wrapped in a coil of wire, an assembly called a “rotor.” The rotor spins inside the stator, which is made up of a series of wire windings. Since the rotor is a magnet and the stator is a conductor, turning the rotor creates electricity in the stator windings. The process of induction makes it all work. 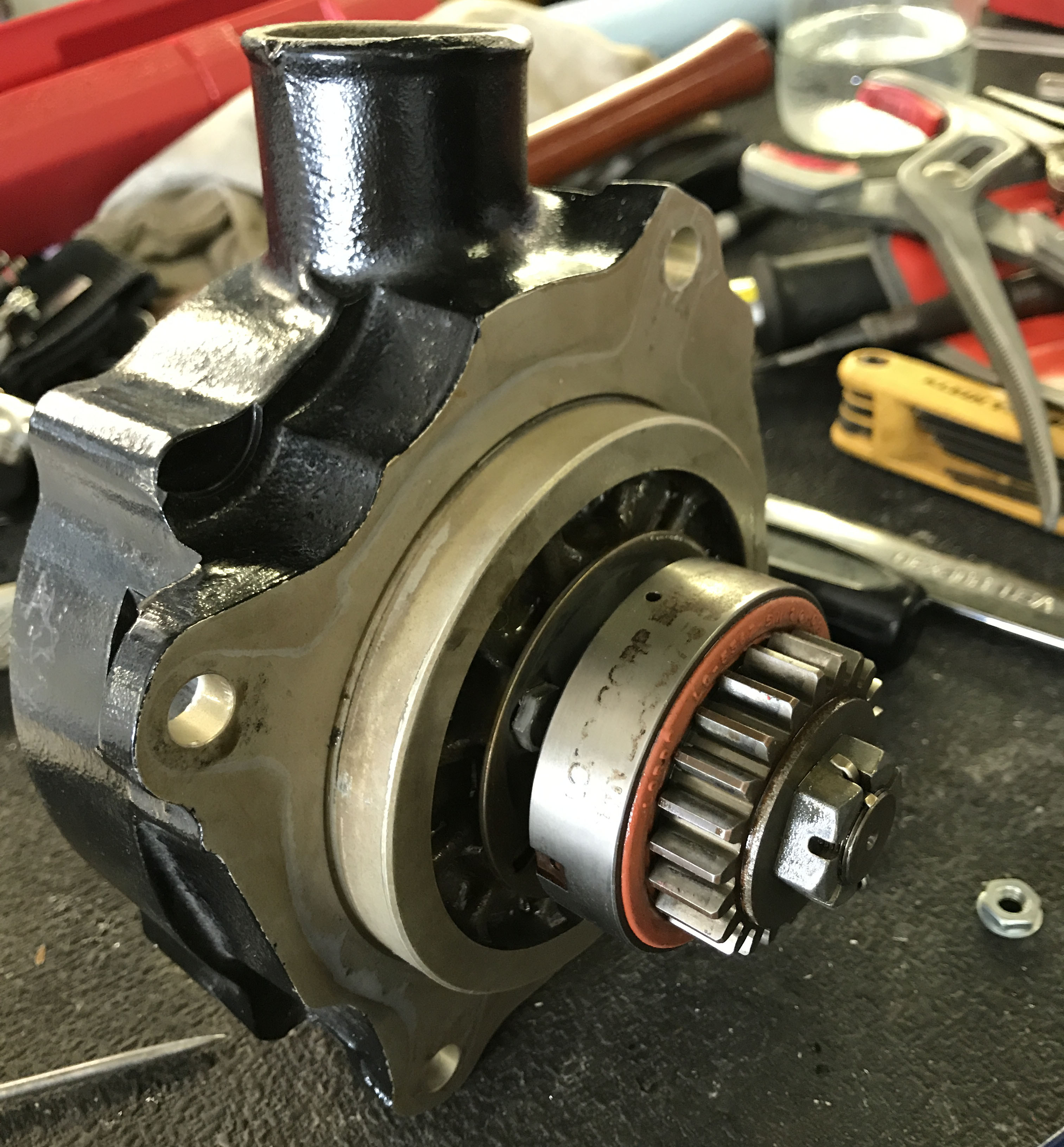 The bottom line is that the basic design of the alternator includes items designed to wear out. The brushes wear against the slip rings and eventually need to be replaced. Other parts of the alternator also wear out over time The spinning rotor rides on bearings and bushings that simply don’t last forever. Enter the 500-hour alternator inspection.

Every 500 hours, alternators should be removed from the aircraft and opened up for a comprehensive internal inspection. The brushes can be inspected and replaced if needed (they’re fairly inexpensive). The bearings and bushings can also be evaluated. If the alternator is a direct-drive type (attached directly to the engine), then it’s also important to check the oil seal to make sure that oil isn’t making it out of the engine and into the alternator itself. Engines love oil; alternators do not.

Gear driven, direct-drive alternators are commonly found on more powerful engines, such as the Continental Motors IO-550-B in our 1975 A36 Bonanza. It’s a very space-efficient design because the alternator mounts directly to the engine case with no external brackets, shafts, pulleys, or belts—and the associated maintenance issues that those items present.

The alternator has a gear on the drive end that meshes with a gear on the crankshaft. Because of this direct connection to the critical drive line of the engine, the engine needs to be protected from a failure in the alternator. That is the purpose of the elastomer drive coupling. The coupling provides a point of failure/slippage to protect the crankshaft should the alternator seize. It’s a good design, but it should be inspected as part the regular 500-hour alternator inspection to ensure it’s still functioning properly.

This process starts with inspection of the alternator gear itself to ensure that there is no damage or excessive wear of the gear on the alternator or the gear on the crankshaft. Next, a special tool is used to hold the alternator gear in position while rotating the nut that holds the elastomer drive coupling in place. The goal is to ensure that the coupling is not slipping at the specified torque settings. If it doesn’t move during the check, all is well. If it does move, get out your checkbook because that little elastomer drive coupling costs about $600 overhauled.

If everything checks out, the alternator can be reassembled on the bench, installed on the engine, and given the green light for another 500 hours before it has to come off again. It’s a small price to pay to ensure that all of that high-tech gadgetry in our panels stays lit when we need it most. Until next time, happy flying!