Get the app Get the app
Already a member? Please login below for an enhanced experience. Not a member? Join today
News & Media AOPA supports 22 ‘very focused’ students

AOPA has awarded $5,000 scholarships to 22 students selected from a pool of 1,300 applicants in the 2018 You Can Fly High School Flight Training Scholarship Program. 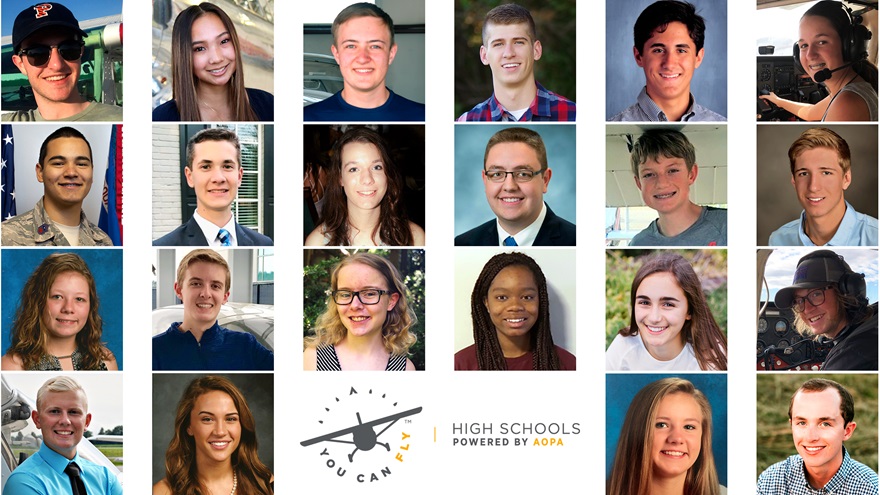 The scholarship program, a component of the AOPA High School Aviation Initiative, is made possible by donations to the AOPA Foundation, and supports high school aviation STEM (science, technology, engineering, and math) curriculum that opens career pathways for the aviation and aerospace professionals of the future.

The initiative also features the AOPA High School STEM Symposium, which will hold its fourth annual session, hosted by UPS, Nov. 5 and 6 at the Louisville Marriott Downtown in Louisville, Kentucky, bringing dedicated educators from around the nation for two full days of sharing insights, ideas, and best practices for starting and building aviation STEM programs. The symposium is the only high school event in the nation that specifically targets aviation and aerospace content at a time when the demand for aerospace engineers, scientists, technologists, and technicians is increasing rapidly.

Students eligible to apply for the You Can Fly High School Flight Training Scholarships were current high school students, ages 15 to 18. Applicants responded to questions about how they were inspired to learn to fly, described their current involvement in aviation, and discussed their future plans.

The students who received scholarship funding will be able to use their awards to pursue a pilot certificate, with a goal of completing a flight training milestone within a year, such as solo or a private pilot certificate, said Cindy Hasselbring, AOPA senior director of the High School Aviation Initiative.

Some are already well on their way, and inspiring others.

“This year’s group of high school scholarship recipients are already leaving their mark in general aviation. Many winners expressed interest in using their flight training to inspire younger students to learn to fly and others have started aviation clubs at their school,” she said.  “These students are very focused on their future and have set their sights on becoming military or airline pilots. Others want to become general aviation pilots in conjunction with their career goals of becoming aerospace engineers.”

The 2018 scholarship recipients include: 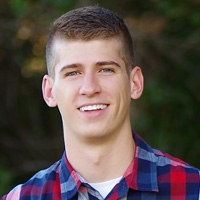 Jacob Fuller, 18, of Arizona, who said he plans to inspire others throughout his career, helping those with a passion for aviation pursue their dreams. 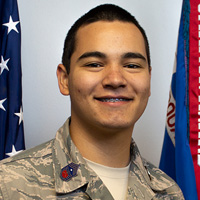 Bryce Tarpey, 16, of Ohio, whose father inspired him to become a pilot. 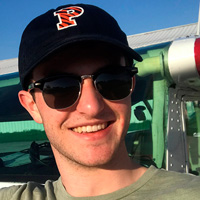 Harrison Shapiro, 18, of Illinois. Harrison will attend Princeton University and pursue a mechanical and aerospace engineering degree. He believes that being a pilot will make him a better engineer. 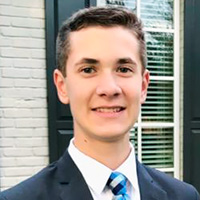 Luke Weigel, 15, of Texas, who caught the flying ‘bug" the summer after fourth grade and whose friends have called him "Captain Luke Weigel" ever since. Every Halloween he wears an American Airlines uniform—with pride, not as a costume, he said. 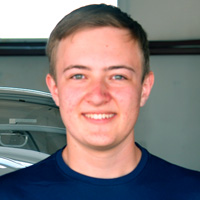 Seth Wiersma, 17, of Colorado, who became interested in drone piloting and photography in 2017. By the end of that year, he took the FAA Part 107 knowledge test, becoming the youngest licensed commercial drone pilot in Colorado at age 16. 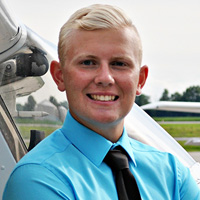 James Enders, 18, of Ohio. For multiple summers, James would check out books and read up on the science behind flight and the innovations that came along during World War II. For his ninth birthday, his present was a trip to the airport for an introductory flight. 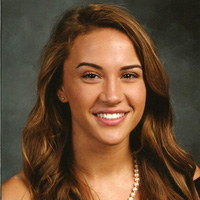 Katya Losacker, 17, of North Carolina. When Losacker was nine, her uncle took her up in an airplane for the first time. Ever since, she has known that she wanted to become a pilot. 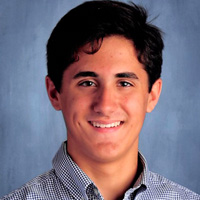 Paul Medina, 17, of Maryland. Paul has been exposed to a multitude of aviation-related events and activities, boosting his flight training, and motivating him to be an active member of his local aviation community. 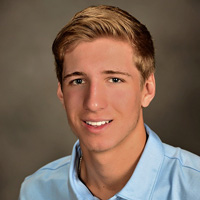 Robert Wilson, 18, of Minnesota, who is looking forward to getting ratings and qualifications in different aircraft, following new technology, and exploring the aviation industry. 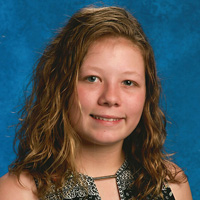 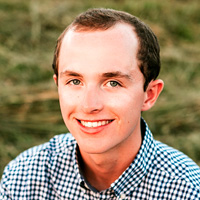 Nicholas Taylor, 18, of Kentucky. Flying is something Nicholas has always wanted to do since age five, when he took his first trip to an airport to watch aircraft take off and land. 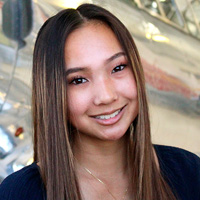 Isabella Reyes, 16, of California. Isabella wants to be a role model, inspiring and mentoring other youth and minorities, especially other Filipinas, to develop an interest in aviation. Isabella would love to help finance students in need and serve as an adult leader for a youth aviation club. 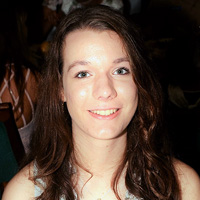 Raegan Madoerin, 17, of Texas, whose plan after high school is to be accepted into a college that has an excellent aviation department—hopefully with a missionary aspect—such as Moody Bible Institute, LeTourneau University, or Liberty University. 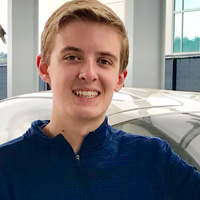 Max Welliver, 15, of Washington State, whose career goal is to combine his interest in engineering and flying to become a flight test pilot. 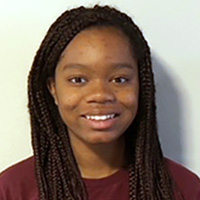 London Holmes, 16, of Washington State. London wants to fly because she wants to embark on a life filled with excitement and passion. Once she earns her pilot certificate, she hopes to take young girls, who are underrepresented in aviation, on airplane rides to discover the possibilities that await them. 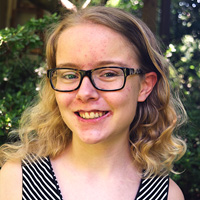 Maisie Boren, 15, of North Carolina, who asked for a flight lesson for her birthday when she was 12. Since that day, she has been hooked. 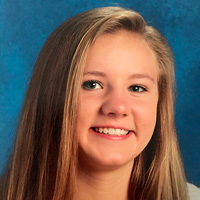 Ava Kelley, 15, of Massachusetts, who became interested in flying when her dad, a private pilot, took her up for the first time. Even though it was a turbulent day, she didn’t mind, and has wanted to be a pilot ever since. 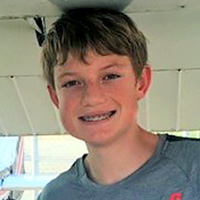 Matthew Baldwin, 16, of California, who is the founder and president of the Aviation Club at his high school. The club is the largest and most active high school aviation organization in Orange County. 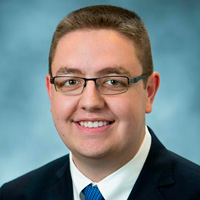 Alex Kimball, 18, of Pennsylvania, whose ultimate dream is to buy his own airplane and continue flying with the hopes of one day showing his children the benefits of aviation, and how rewarding it is to be a pilot. 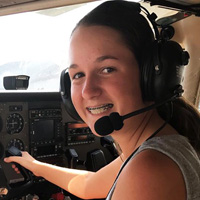 Madeline Boudreau, 17, of Louisiana. Madeline hopes to become a certificated flight instructor while still in school, and to stay on as an instructor until she has obtained enough hours in the air to obtain her Part 141 restricted airline transport certificate. Once that is achieved, she hopes to work for an airline, and eventually become a captain. 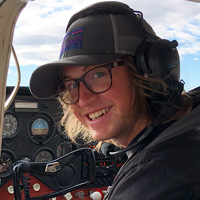 Luka Perle, 17, of Oregon, who has wanted to be a pilot for as long as he can remember, and who finds it incredibly humbling to witness the majestic beauty of the earth while in flight. 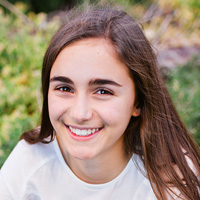 Claudia Downing, 17, of Montana, whose dream is to become a captain on a wide-body aircraft for a major airline or air tanker company, fly for a branch of the military, or become a pilot who conducts severe-weather research for the National Oceanic and Atmospheric Administration.

Dan Namowitz has been writing for AOPA in a variety of capacities since 1991. He has been a flight instructor since 1990 and is a 35-year AOPA member.
Go to Dan Namowitz's Profile
Topics: You Can Fly, You Can Fly, Training and Safety