Get the app Get the app
AOPA will be closing at 2:30pm ET Wednesday, November 23rd, and will remain closed Thursday and Friday in observance of the Thanksgiving holiday. We will reopen Monday November 28th at 8:30am ET.
AOPA Members DO more LEARN more SAVE more - Get MORE out of being a pilot - CLICK HERE
News & Media Progress made toward electric GA

Progress made toward electric GA

While the pace of efforts to bring electric propulsion to general aviation has frustrated some, the key tasks of defining performance standards and resolving remaining technical issues are nearly complete. Greg Bowles of the General Aviation Manufacturers Association, who is at the center of the technical and regulatory action, expects to see certified electric aircraft in regular use within three to five years, with benefits likely to include simplification of pilot training. 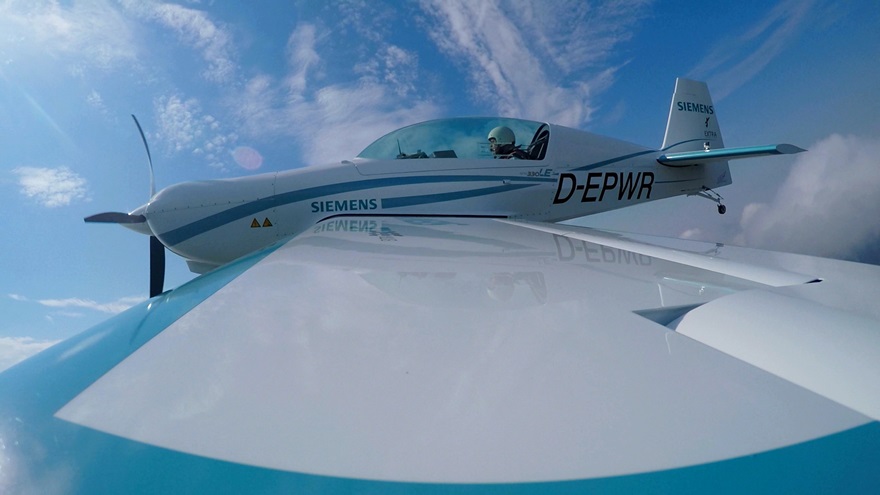 Electric aircraft like Pipistrel’s Alpha Electro are already approved in Canada and Australia, under categories that do not exist in the U.S., where light sport aircraft were once viewed as a likely point of entry for electric propulsion in the GA fleet. The word “reciprocating” has so far prevented that. When the FAA was developing the LSA rule, Bowles said, some commenters wondered if the relatively permissive propulsion language originally drafted would open the door to LSAs powered by rockets or turbine engines, so the agency opted to require reciprocating powerplants in the final rule. That short-circuited electric LSAs, from a regulatory standpoint, and changing the regulation will likely put electric LSA arrivals on a similar timetable to their certified counterparts.

Bowles is chairman of ASTM Committee F44 on General Aviation Aircraft, leading an effort to define performance standards that will dovetail with the regulation reform approved in 2016 that transformed Part 23 from a prescriptive model, under which airplane makers had to demonstrate compliance with a long and detailed list of specifications, to a performance-based model. Bowles said that airplane makers can bring an electric aircraft to market right now, though without the performance standards currently being developed, it remains a time-consuming process.

Bowles, who also was involved in the Part 23 reform effort (along with AOPA, which strongly supported the reform, and many other stakeholders), said the streamlined certification process for aircraft up to 19,000 pounds (with any type of propulsion) has spurred interest from airplane makers new and old.

“There are many projects in the works right now,” Bowles said in a telephone interview. That includes both traditional aircraft designs adapted to fly with electric motors, and new types of aircraft such as electric vertical takeoff and landing designs that traditional aviation manufacturers and newcomers alike are working to introduce as the next generation of air taxi.

Bowles also leads GAMA’s Electric Propulsion Innovation Committee, which has grown to about 50 member companies, and said significant progress has been made resolving safety and technical issues.

One of the stumbling blocks has been the element lithium, which is the key ingredient in the current generation of batteries used in aircraft of various kinds, and a host of other applications including cellphones and laptops. A fire that broke out in the lithium batteries of a Boeing 787 Dreamliner in 2013 highlighted safety issues that had to be resolved, but Bowles said solutions have been found.

“We absolutely have our heads around those issues now,” Bowles said. The F44 committee opted to assume the worst of lithium batteries, which are prone to a condition called thermal runaway, in which even a tiny short inside the battery can cascade into a very hot and destructive fire. Bowles said the standard being developed will assume that such fires cannot be prevented entirely, and stipulate that batteries must be subdivided into isolated sections, limiting the spread of heat and fire, and vented outside the aircraft to protect passengers and crew from smoke and other combustion byproducts.

“In the name of safety, we need to have these protections,” Bowles said, noting that tests already completed have demonstrated effective mitigation of the thermal runaway risk. There a few remaining technical issues to be resolved pertaining to other parts of an electric power system, including the motors, protection against electrical interference, and a few others. “None of these are insurmountable.”

Bowles said the committee expects to have the technical issues resolved by year-end, and that will accelerate the progress of aircraft in the certification pipeline.

With electric propulsion now rounding the turn toward final, Bowles said talk has turned to pilot certification, and how it may be simplified.

“From our perspective there’s a great potential to make becoming a pilot much easier,” Bowles said. “We’re going to see another order of magnitude in simplification” of aircraft and power controls.

Bowles said that, for example, an electric VTOL aircraft might have four or more motors controlled by a single power lever. Automation is also likely to reduce pilot workload significantly. Bowles said adjustments to performance-based pilot certification standards will likely be appropriate, and that GAMA is working with various stakeholders to prepare for that, also.

“I think that the good news is that we’re all sitting around the same table at this point,” Bowles said.