Get the app Get the app
News & Media Iceland calls

A visit to the land of fire and ice

Photography and videos by Mike Fizer

Iceland has become the place to visit. In 2016 alone, approximately 2.3 million visitors came to see the sights.

Flying your own airplane to Iceland is not for everybody. It’s best to take Icelandair or WOW Airlines to Keflavik, rent a car, and stay in Reykjavik. WOW advertises low fares, but extra charges for baggage and other fees drive the price up.

Hotels are pricey in Reykjavik, especially in the peak seasons, when rooms can start as high as $400 per night. Best to use Airbnb.

This, in an island nation with only 330,000 total inhabitants. What’s the big attraction? A taste of Nordic culture, aurora-watching, history dating to the tenth century, out-of-this-world scenery, an exposure to volcanic geography, and English-proficient natives top the list for most. Summer’s day-long light is another amusement. But Iceland’s general aviation pilots are in a unique position to more completely appreciate the island’s virtues. And what a lucky bunch they are.

Today I’m flying with Haraldur Diego, AOPA-Iceland’s president. Diego and I climb into the Vaengir Flying Club’s vintage 1955 Cessna 170 for a trip to the Mulakot grass airstrip (BIMK). There, we’ll see an AOPA-Iceland-sponsored event held for the benefit of children with cancer—and their parents. Rides will be given. Candy will be dropped.

Diego fires up the 170 and taxis for takeoff at the Reykjavik Airport (BIRK), located in that capital city. We’ve phoned in an abbreviated flight plan. The tower clears us to depart via one of the six VFR departure routes, and within 10 minutes we’re flying over a vast stretch of wilderness. “We’re in uncontrolled airspace now,” he says. “But it’s uncontrolled everywhere but the areas around the three major Icelandic airports—Keflavik [where the international airline flights operate], Reykjavik, and Akuyeri on the north coast.”

The landscape is surreal. It’s been described as moon-like, and I suppose that’s correct. After all, the Apollo astronauts practiced for their moonwalks by traipsing across the area near Lake Myvatn in northern Iceland. The closer to the center of the island you fly, the more varied the land becomes. The terrain is flat and green at first, then the volcanic features come into view. Soon you’re passing close by bluffs, mesas, craters, cinder cones, and old lava flows of hardened basalt. Traveling on, you’ll have to climb to maintain a safe distance from the bigger volcanic features. Some are covered in lush grassland—and what are those white dots below? They’re sheep, which graze here and there in small groups. Other volcanoes are topped with glaciers, bright white against the lava’s blackness. 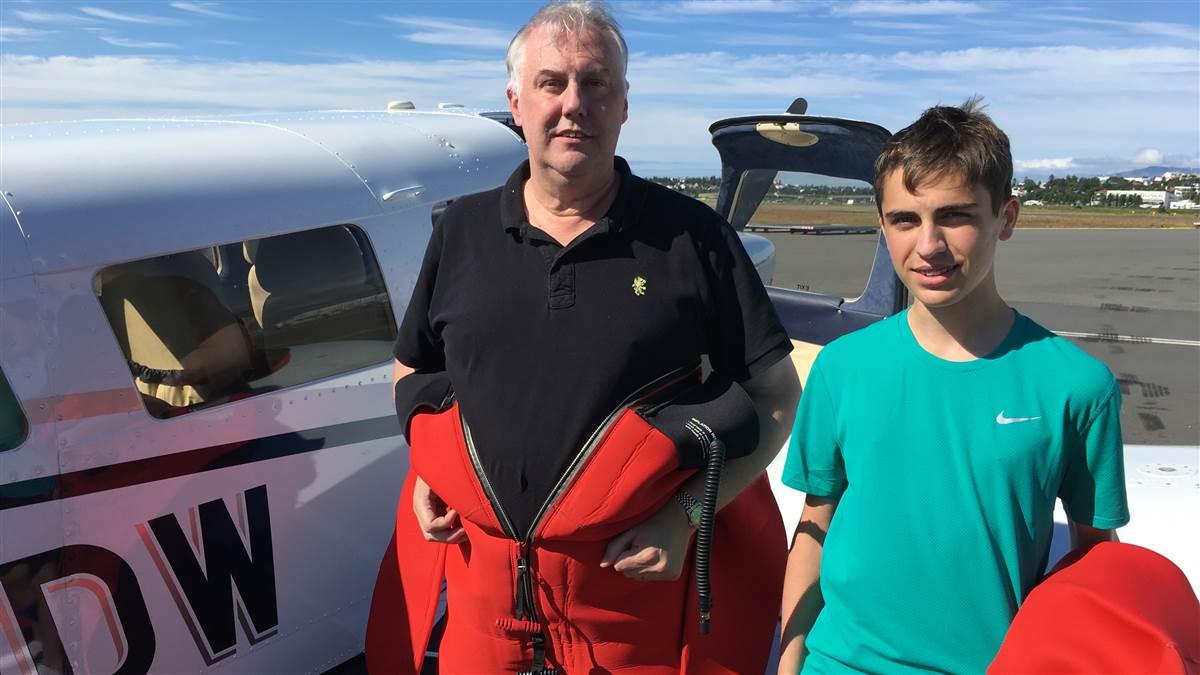 General aviation pilots crossing the North Atlantic make the Reykjavik airport a regular stop. The day we were at the Ace FBO, Cambridge, England-based Nigel Webb, his son Jonathan, and friend Rob Pritchard stopped by to fuel their Piper Saratoga and spend the night at the Reykjavik Natura hotel, a mere 50 feet away. While there was no landing fee, Ace charged them 158.40 euros in handling fees—customary for most piston singles. Their 4.5-hour leg started at the Wick, Scotland, airport. Webb reported he cruised on top of clouds at 12,000 feet, had light winds and an average groundspeed of 151 knots. He’s made other North Atlantic crossings before, using the famed “Blue Spruce” route from Reykjavik to Narsarssuaq, Greenland, and on to Goose Bay, Labrador, and his final destination at Boston. The best part of the flight? “Seeing land,” said Pritchard, who had never made a crossing in a general aviation airplane before. “It was blissful,” he said. “We took off, we landed, that’s it! I could have done it.” The worst part? “Seeing Nigel in his underwear.” Seems Webb doesn’t make a practice of wearing pants under his survival suit. —TAH

Turn away from the glaciers, to lower ground, and there are the outwash plains. Now you see the glacier’s massive amounts of meltwater transformed into miles-wide braided rivers, flowing over black sand and basalt outcroppings.

Referring to general aviation, Diego says, “Compared to the rest of Europe, we have it pretty good here. There are no landing or other fees for airplanes with max takeoff weights under 2,000 kilograms [about 4,409 pounds], and we can go anywhere we want around Iceland.” Still, there are issues. A big one is the proposed closure of Reykjavik’s downtown airport—the one we just departed. Developers want the land to build houses, and Runway 6/24 is closed. All those tourists have caused a building boom, and a hotel under construction obstructs the approach path to Runway 24.

That’s bad because the weather’s worst when winds are out of the southwest in winter, making icing conditions and icy runways major safety concerns. With a major island hospital in Reykjavik, a fleet of Beechcraft King Air B200s fitted out as air ambulances regularly pick up patients from Iceland’s rugged backcountry and bring them to BIRK. To travel by car would take many hours driving around the island’s ring road; airplanes can be there in under an hour. “The King Air pilots say they’ll use Runway 24 in an emergency, even though they aren’t supposed to,” Diego says.

The city government would rather the airport go away. It doesn’t help that aircraft on the ILS to Runway 19 pass over the Parliament building at 600 feet agl. This antagonism is why maintenance of the hangars, roads, parking lots, and other infrastructure slides. Still, thanks to AOPA-Iceland and other groups, the airport should remain open until 2024, Diego said. Besides, the site for a replacement airport must first be located—and that hasn’t happened yet.

On the bright side, the increased use of mogas has helped lower the expense of flying. Many owners and flying clubs with piston singles powered by engines of less than 200 horsepower gas up using auto fuel, thanks to a supplemental type certificate and official blessing that AOPA-Iceland helped secure. Mogas runs about $6.20 per gallon, but a road tax refund cuts that price to about $5 per gallon. Avgas, on the other hand, sells for around $11 per gallon.

Diego brings the 170 in for a landing on Mulakot’s impeccable grass runway. It’s in a broad valley, flanked by a glacier-topped volcano. That unpronounceable volcano—Eyjafjallajokull (better to use the scientific designation “E15”)—blew in March 2010, stopping most trans-Atlantic air travel. Today some are worried that the neighboring Katla volcano could soon blow its top. If so, experts say it would be 10 times more violent than the last E15 eruption, when that volcano sent ash to 50,000 feet in four minutes.

But Icelanders are blasé when it comes to volcanoes. Mulakot, built by a pilot, is now the central feature of a growing airport community of summer homes. The day of our first visit, the parking area was filled with some 20 airplanes, most of which had flown out from Reykjavik for the weekend. A camping area was filled with tents and pop-up trailers. Children—about 30 in all—were at play, making good use of a bouncehouse. The adults milled around and talked about—what else—flying.

Glacier-hopping with a purpose-built airplane

Arnar Thor Emilsson’s job is flying Air Iceland’s Bombardier Dash-8s, but he craves quality time flying a kitplane his father, Emil Agustsson, built. It’s a Backcountry Super Cub from the Douglas, Wyoming, company of the same name. With a fuselage based on the three-seat Piper PA–12 Super Cruiser, the two-seat cabin has plenty of room and can land on just about any flat spot anywhere in Iceland. Its large, slatted wing, along with its 215-horsepower Superior Air Parts XP-400 engine, spring-steel landing gear, and Alaskan Bushwheels tires from Airframes Alaska lets Emilsson make approaches to the smallest patches on glaciers, sand bars, mesas, and calderas. Typically, he comes in with full flaps at 30 mph—behind the power curve—with leading edge slats automatically deployed at high angles of attack. The result is a ground roll of 20 to 30 feet—or less if there’s a strong headwind component. “I’m an outdoorsman and like hiking, climbing, and camping.” Emilsson said. “This airplane lets me experience nature in another way.”

He said he’s still perfecting his skills, and practices as much as he can. The airplane, which took his father two years and 4,000 hours to build, had a mere 80 hours on it at the time of our visit in August 2017. Agustsson tweaked the airplane with two improvements of his own design (he’s a retired civil engineer): extra ducting that sends heat to the rear passenger’s feet, and a bicycle-carrying mount on each wing. It’s an odd sight, seeing two bicycles attached to the wings, but it works for Emilsson and his-go-anywhere, do-anything attitude. Mountain-biking down a volcano, anyone? —TAH

Every year, during the first weekend in August, Mulakot also hosts an annual fly-in that serves as Iceland’s version of EAA AirVenture. This year’s fly-in seemingly attracted every piston airplane on the Iceland registry. Some were rare sights anywhere else—a four-seat Yak 18T trainer that was used by Aeroflot, a few old Jodel cranked-wing singles, and a two-time AirVenture award-winning Piper Apache with a Geronimo modification.

The wind picked up, and that’s not a casual statement—it hit 30 to 40 knots, with higher gusts. There appeared to be a layer of fog in the distance, but a pilot explained that it wasn’t fog at all. It was volcanic ash left over from the 2010 eruption. The wind was picking it up and blowing it down the valley. The wind was up at our next stop, too—the grass strip at Haukadalsmelur, where yet another fly-in, this one with 120 attendees at a lamb dinner, was being held by yet another vacation-home airport community. Fly-ins and get-togethers like these are common, with every weekend seeing groups of pilots—all of whom are on a first-name basis with each other—deciding on which grass strip to visit. Which brings up Iceland’s weather.

Those fly-ins can only happen when the weather cooperates. That crams most of the year’s flying into the summer months, when winter’s dark skies, low clouds, icing conditions, and brutally cold temperatures abate. All but a handful of piston airplanes in Iceland are IFR-equipped, but most of the nation’s 43 active airports are remote strips unserved by instrument approaches, towers, or navaids of any sort. Our visit was in August, when long days and mostly VFR conditions prevailed.

At the end of a long day’s flying, we head back to Reykjavik, past volcano-and-glacier country. During Diego’s call-up to the tower, I detect a familiarity between him and the controller. With 300 or so general aviation pilots in Reykjavik’s four flying clubs, I suppose it’s possible they know each other. Then again, each airplane has its own, dedicated transponder code, so it’s easy for controllers to learn which airplane belongs to which club. It also means you always have the same code on each and every flight.

Can a pilot with an FAA-issued pilot certificate fly in Iceland? If you’re passing through and are flying an N-registered airplane, yes. If you want to rent an airplane from a flying club, the answer is more complicated. In theory, Europe’s Joint Aviation Authorities rules do give holders of FAA certificates reciprocal privileges. That said, the manager of Reykjavik’s Geirfugl flight school and flying club, Gudmundur Sveinbjornsson, said that his school and club wouldn’t let FAA-certificated pilots solo their airplanes. So there seems to be a gray area.

Of course, in any case you’d need a checkout with a club’s instructor. And you’ll need to join the club, which means monthly dues. Regardless, it would be a good idea to fly with a native instructor pilot to get a feel for local conditions and procedures before attempting to fly on your own.

Would it be worth it? Absolutely. You’d have to go to the moon to see sights like these. 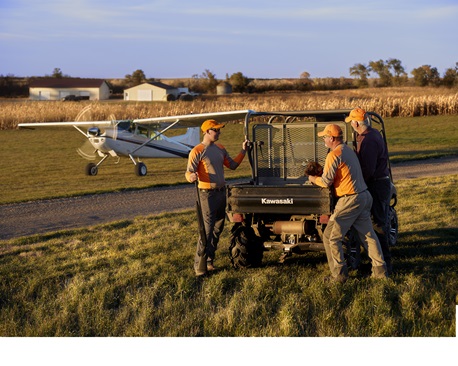 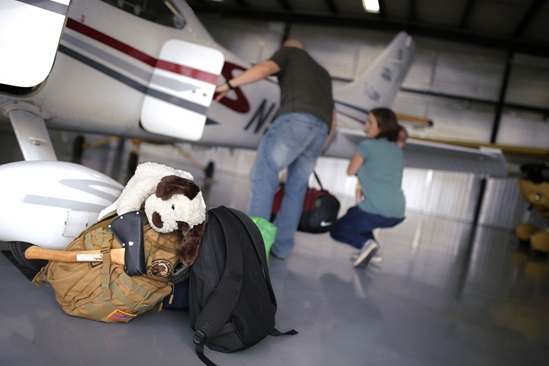