Get the app Get the app
News & Media From the editor: A new boom?

From the editor: A new boom?

Aerion sees a market for its supersonic AS2 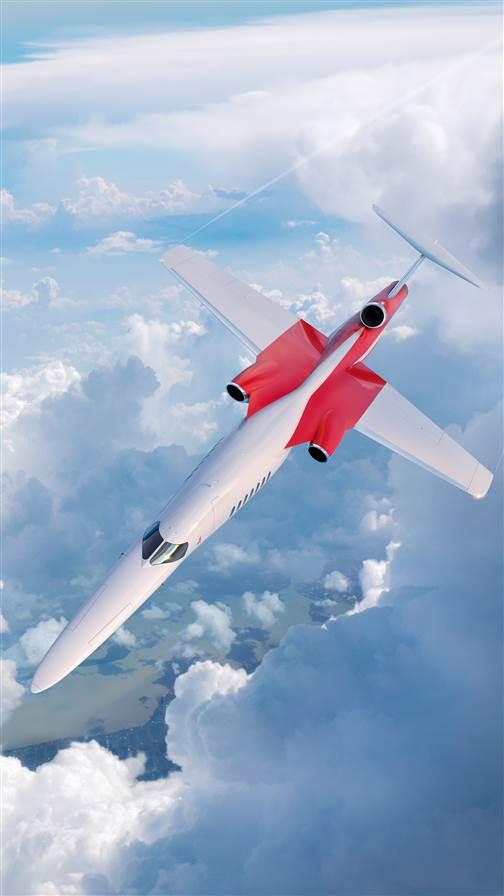 Much of the hype surrounding the turbine-aircraft world has to do with size and speed. If a certain airplane is bigger, faster, and longer-legged, then the promotional mist surrounding it is sure to take aim at the hugest of corporate egos. So it is with the jumbos of the general aviation market: airplanes such as the globe-girdling Boeing BBJ; Bombardier Global 7000; Dassault Falcon Jet 8X; Embraer Lineage 1000E; Gulfstream G650; and, next year, Cessna’s Citation Hemisphere.

But for those who feel the need for the ultimate in one-upmanship—as well as the need for speed—there’s another airplane with guaranteed appeal. It’s the Aerion AS2 supersonic business jet (SSBJ). Want speed and range? Cruise at 1.4 Mach for 4,200 nautical miles. Want ramp presence? Think how heads will turn when your 160-foot-long AS2 shows up at your local FBO.

Some wonder if this is over the top. But Aerion has conducted market studies that confirm a niche for the AS2. Its sweet spot is the trans-Atlantic route structure, linking East Coast U.S. airports with destinations in Europe. This is where the bulk of long-range corporate travel flies, followed by routes connecting northeastern and southeastern U.S. airports. Los Angeles to Paris is another popular route.

The need for speed

Aerion’s AS2 supersonic business jet will soon enter Lockheed Martin’s Skunk Works for development. At $120 million a copy, some customers have already answered the call.

Where: On the drawing board
Illustration courtesy Aerion

“As an airplane in a fractional operation, the AS2 makes a lot of sense,” an Aerion spokesman said. As proof, Flexjet has already placed orders for 20 AS2s, which are currently priced at $120 million a copy. Aerion thinks there’s a market for a total production run of 300 AS2s. There will be a wait for first deliveries—which, if all goes well, should happen after the AS2 is certified in 2025.

Aerion recently teamed up with Lockheed Martin’s Skunk Works Advanced Development Programs Team in Palmdale, California, to develop the AS2 design. General Electric will build the engines. The challenges are daunting. The planned 1.4-Mach maximum cruise speed would create sonic booms, which regulations don’t permit when flying over land. A “boomless cruise” speed is envisioned, which would let the airplane fly at 1.2 Mach with a range of 3,500 to 4,000 nautical miles. But for the AS2 this is a high-drag aerodynamic regime.

The speed of sound varies according to temperature and altitude, so Honeywell and Rockwell Collins are working on software that will predict a Mach “cutoff speed” under various conditions. This will ensure that flights over land won’t create sonic booms audible on the surface.

GE’s job is to come up with a new, low-bypass engine with new fan and low-pressure turbine sections that will permit high power, yet noise levels low enough to stay below future Stage V noise thresholds. A lot is known about high-bypass turbofan engines, but low-bypass engine technology is passé, and dates back to the early days of pure turbojet engines. However, low-bypass engines are most efficient at supersonic speeds.

NASA is helping out by studying the AS2 wing’s boundary layer separation at supersonic speeds, something that requires new computer design codes. For landing, there will be large flaps to slow the airplane, but the blade-like wing won’t have leading edge slats. VREF speeds are targeted at 135 knots.

So, is the AS2 a new trend, or just the flavor of the day? I believe it will catch on. In fact, other supersonic business jet designs are in the works. The AS2 also represents the promise of trickle-down technologies that could benefit non-SSBJ designs of the future.