Get the app Get the app
Get the latest news on coronavirus impacts on general aviation, including what AOPA is doing to protect GA, event cancellations, advice for pilots to protect themselves, and more. Read More
Already a member? Please login below for an enhanced experience. Not a member? Join today
News & Media ERAU historian solves JFK flight mystery

After years of speculation and dead ends, Embry-Riddle Aeronautical University uncovered evidence that President John F. Kennedy soloed a seaplane in Miami on his birthday on May 29, 1944. The revelation was uncovered through good old-fashioned investigations, forensics, and a bit of luck, said ERAU archivist Kevin Montgomery.

As World War II raged overseas, Kennedy was injured in the Pacific theater when his PT-109 patrol boat was rammed by a Japanese destroyer during a night mission in 1943. The collision ripped the boat in half and exploded it in flames, injuring the future president’s back.

The U.S. Navy lieutenant’s next assignment was to recover stateside at the submarine chaser training center in Miami, near John Riddle’s original flight school and charter operation. “The seaplane base was a picture-perfect little shack on an island in the middle of Biscayne Bay,” said Montgomery. He could “look across the bay and see Embry-Riddle floatplanes taking off and landing” from the seaplane base that was less than a mile away from the submarine center. The theory was that Kennedy observed the fleet of six yellow Piper Cubs on floats and became curious about flight since his older brother was a pilot flying PB4Y Liberators. At that time, the flight training school was turning out pilots by the hundreds as part of Embry-Riddle’s larger effort to train aviators for the war effort. 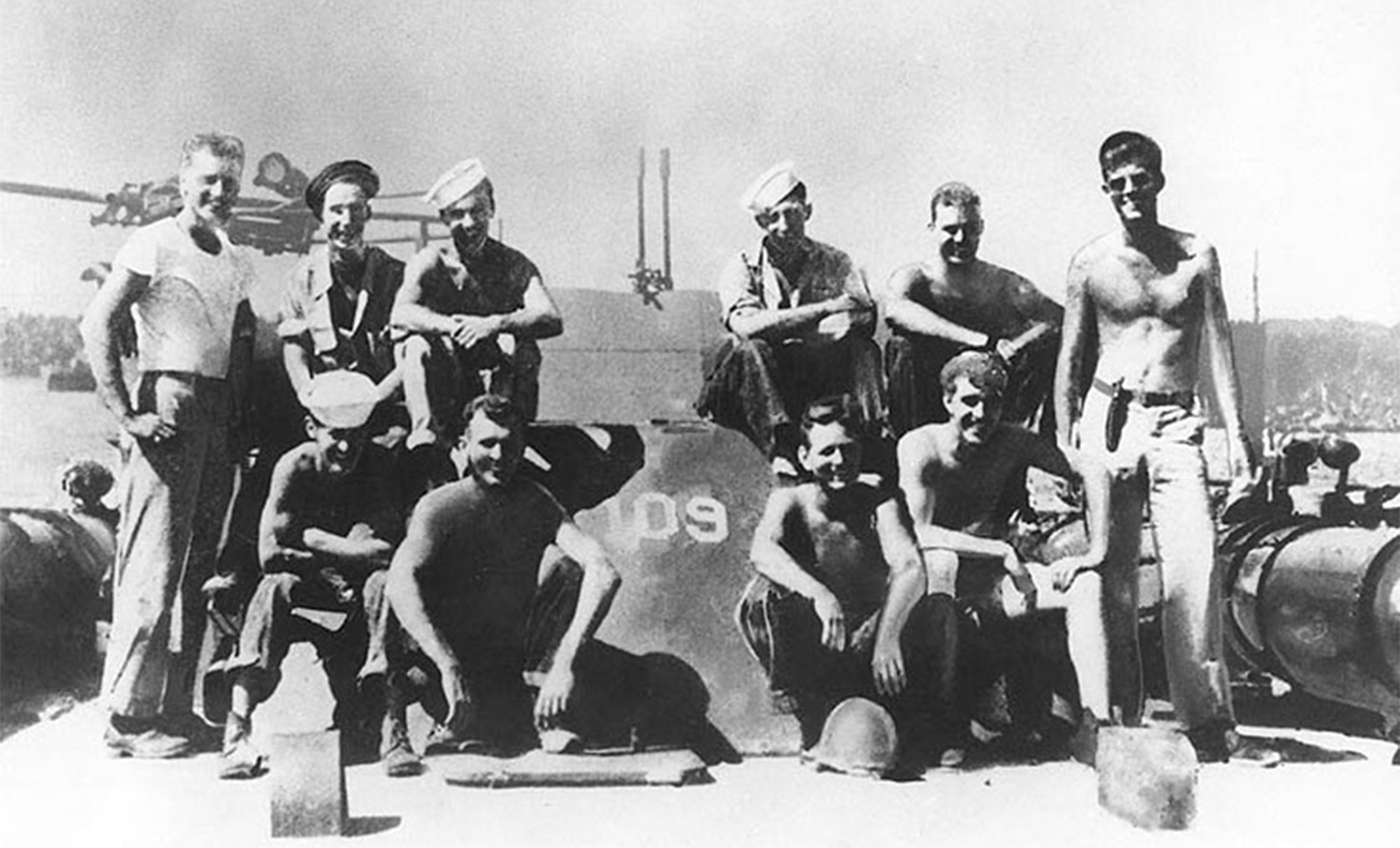 The mystery of the future president’s flight “had been lost to time” until Embry-Riddle’s dean emeritus Bob Rockett began chasing down the rumor in 2004 as part of its heritage project, the school reported. He found that flight instructor and ERAU graduate Helen Hassey appeared to have coached Kennedy through his floatplane flying lessons in one of the yellow Cubs, but the evidence was elusive. “Helen told Bob that she recalled the day that JFK showed up at our seaplane base for flight lessons. This was a shock, we’d never heard this before,” said Montgomery, “and that’s how it started.”

When Rockett contacted the John F. Kennedy Presidential Library and Museum in Massachusetts, he was told the presidential archive “had no record of JFK ever taking flight lessons.” The dead end disappointed ERAU researchers, and the investigation stalled for more than a decade.

Then in 2016 historians finally got a break. “There was really nowhere to turn,” said Montgomery, “until just a routine ‘jfk’ Google search uncovered a reference to a pilot’s flight log allegedly belonging to JFK and you can actually look at the entries online.” The Shapell Manuscript Foundation, an Israeli website that specializes in researching and posting original manuscripts and other historical data, published authenticated pages from the log signed by Kennedy, explained Montgomery. 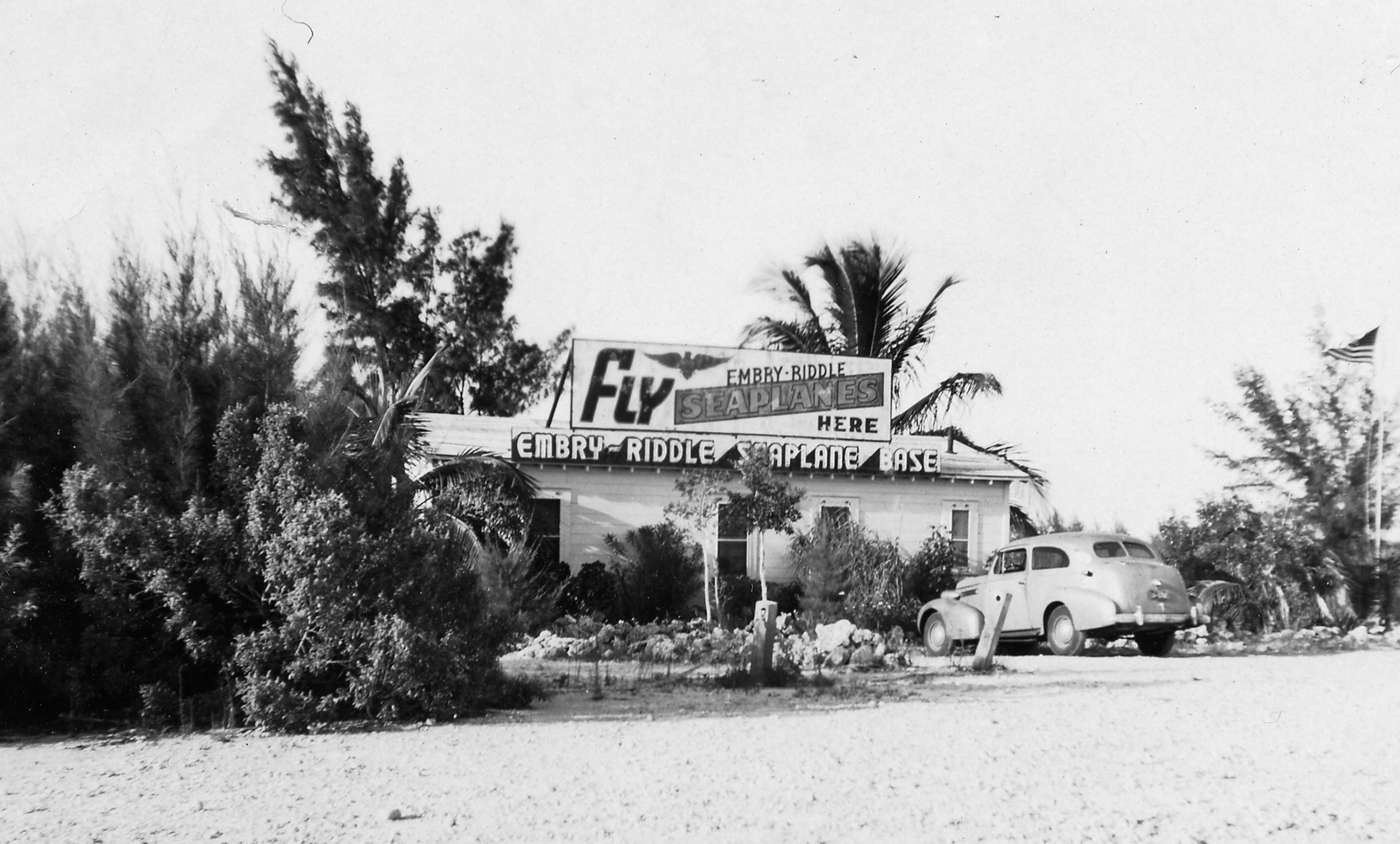 “The first thing I noticed was that the flights kind of added up” with what ERAU had believed all along. “They were in Miami, they were in the 40s, and—most importantly—they were in Piper Cub J–3s on floats, which is exactly the type of aircraft that we flew at our seaplane base,” he continued.

Next, “on a hunch,” he sifted through hundreds of photographs, written documents, movie films, audio recordings, and artifacts before locating a black-and-white photograph that appeared to match up the aircraft’s tail number with an entry in Kennedy’s book. “I found one [N-number] that matched in his log.”

The new evidence seemed to verify what Montgomery and Rockett had suspected; however, the archivist was further mystified because the aircraft in the photo wasn’t badged as an Embry-Riddle airplane. He finally concluded that the aircraft was a new acquisition and hadn’t yet been painted in Embry-Riddle livery. 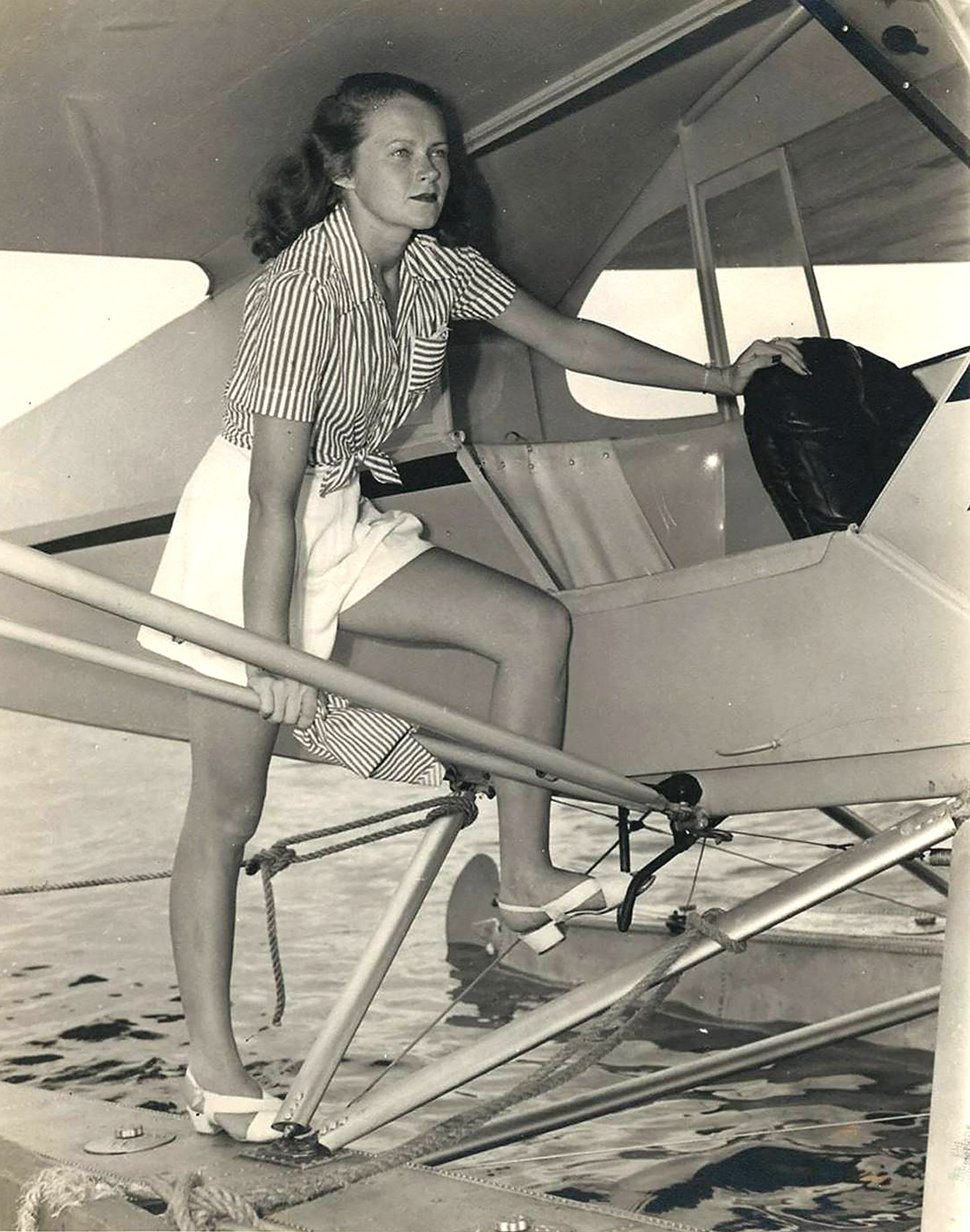 The final piece of the puzzle was put together with the help of paperwork from 98-year-old Miami resident and pilot Corinne Smith, who worked at the school’s seaplane base.

“Absolutely, it was the key piece that put it together,” Montgomery noted. “Corinne’s log revealed that two of the tail numbers recorded in her log book matched those in Kennedy’s flight log, and we knew for a fact that the aircraft that she was flying were our aircraft.”

Although Smith told researchers that she couldn’t recall seeing the dashing young lieutenant in the flight office or at the dock, “It was the same plane, the same day, and is pretty amazing when you think about it,” Montgomery added.

Kennedy took flight lessons for 10 days before he soloed. “What I didn’t realize,” said Montgomery, “was that he soloed on his birthday,” which was an “unbelievable” addition to the mystery.

“I would call it a fact that JFK trained to fly with Embry-Riddle in Miami,” concurred Rice University history professor Douglas Brinkley, the author of the forthcoming book, American Moonshot: JFK and the Great Space Race, and a Kennedy historical expert. The flight school’s conclusion also has the full support of the Kennedy family.

“This is incredible,” said Montgomery after his forensics helped put the longtime JFK flight rumor to bed. “It may not be significant in the grand scheme of things, but it sure the heck is pretty impressive around here,” he added. “The fact that one of the most famous men in history … had come to Embry-Riddle” for flight training “is something to be really proud of.”