Get the app Get the app
AOPA Members DO more LEARN more SAVE more - Get MORE out of being a pilot - CLICK HERE
News & Media How it Works: Firewall

How it Works: Firewall

Its job is to buy you time 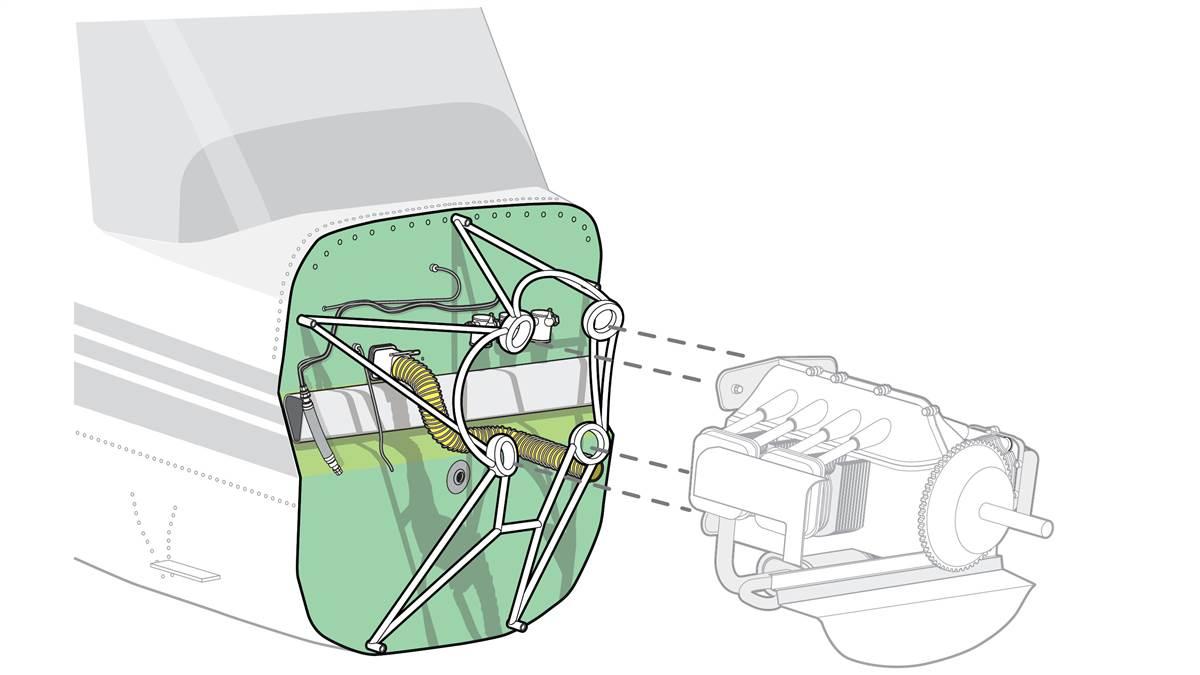 What’s it made of?

According to FAR 23.1191, the following materials may be used for firewalls without additional testing:

Your aircraft’s firewall is a flameproof bulkhead that separates the engine compartment from the rest of the aircraft—whether that’s the cabin, for a single-engine aircraft, or the nacelles and wings for twin-engine airplanes. In fact, FAR 23.1191 requires that engines, auxiliary power units, and fuel-burning heaters be physically isolated from the rest of the airplane by firewalls or shrouds.

The firewall must prevent any hazardous quantity of liquid, gas, or flame from passing through the firewall to other parts of the airplane. It must be protected against corrosion, and each opening in the firewall must be sealed with close-fitting, fireproof grommets, bushings, or other fittings.

Why all the requirements? Because the firewall’s primary role is, in the unlikely event of a fire in the engine compartment, to protect the aircraft’s occupants long enough for the pilot to make an emergency landing. Act promptly, however—the regulations require firewall materials and fittings to resist flame penetration for at least 15 minutes.

Because of its strength and location, the firewall also can be a handy place to mount battery boxes, voltage regulators, and other engine accoutrements.