IFR finesse for the VFR pilot

It’s an IFR world. We’re just living in it.

Of the more than 160,000 FAA-certificated private pilots in 2017, almost three-quarters were VFR-only. So why do pilots flying under usual flight rules (VFR) have to alter what they’re doing so much just for the instrument flight rules (IFR) people? Why do controllers turn me away from my preferred flight path just to make room for some IFR guy “on the ILS”? Speaking of the ILS, what about all that IFR terminology? Why don’t we all speak the same language? 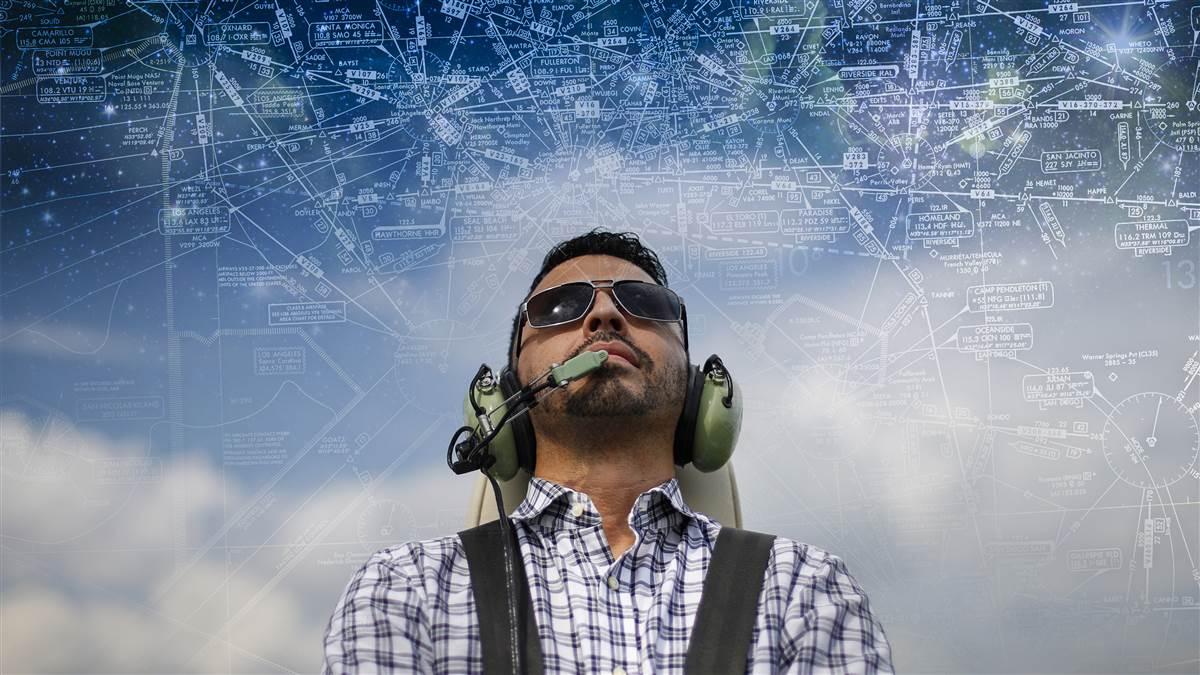 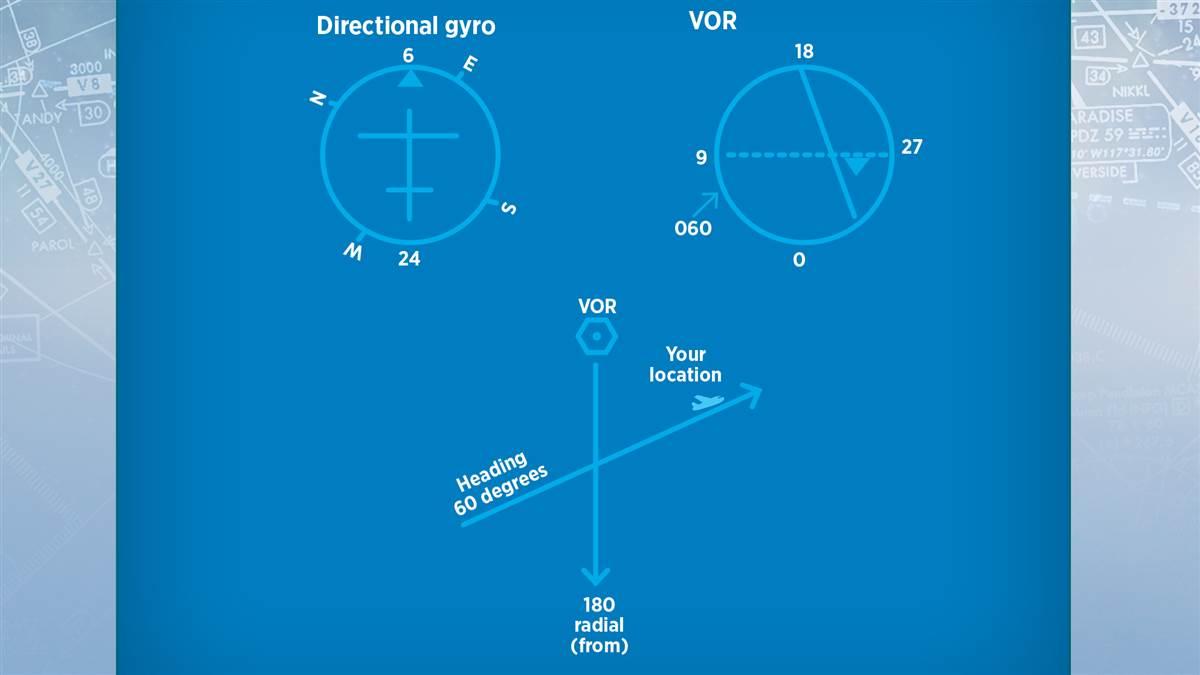 Knowing intersection names is only part of the game. IFR pilots’ use of intersections is simply an extension of the navigational skills VFR pilots develop. Honing skills such as using ground-based navaids not only will help you if you decide to earn an instrument rating, it will benefit you now. Like VFR pilots, IFR pilots intercept and track very high frequency omnidirectional radio range (VOR). If an IFR pilot is flying along an airway defined by a radial from a VOR, an intersection along that airway may be identified by a radial from another VOR. IFR pilots have a way to determine whether they have crossed a radial along a course line instantaneously, without needing to see needle movement on the VOR. It takes less than five seconds once you know the simple secret.

Here’s how to achieve this instantaneous read on where you are with respect to an intersection along your course. We’ll assume a negligible wind component. If you are holding a big crab, use the direction of your ground track rather than your heading.

This airplane is flying on a heading of 60 degrees and has dialed in a cross-radial of 180. Listening to the Morse code identifier of the VOR, and checking the VOR instrument’s From indication confirms that this is the correct radial. Maybe this radial identifies an intersection or other fix. Finding the heading on the omni display, one can see that it’s in the left half, which is opposite the side of the needle. Since the heading and needle are on opposite sides, the airplane has already passed the radial. 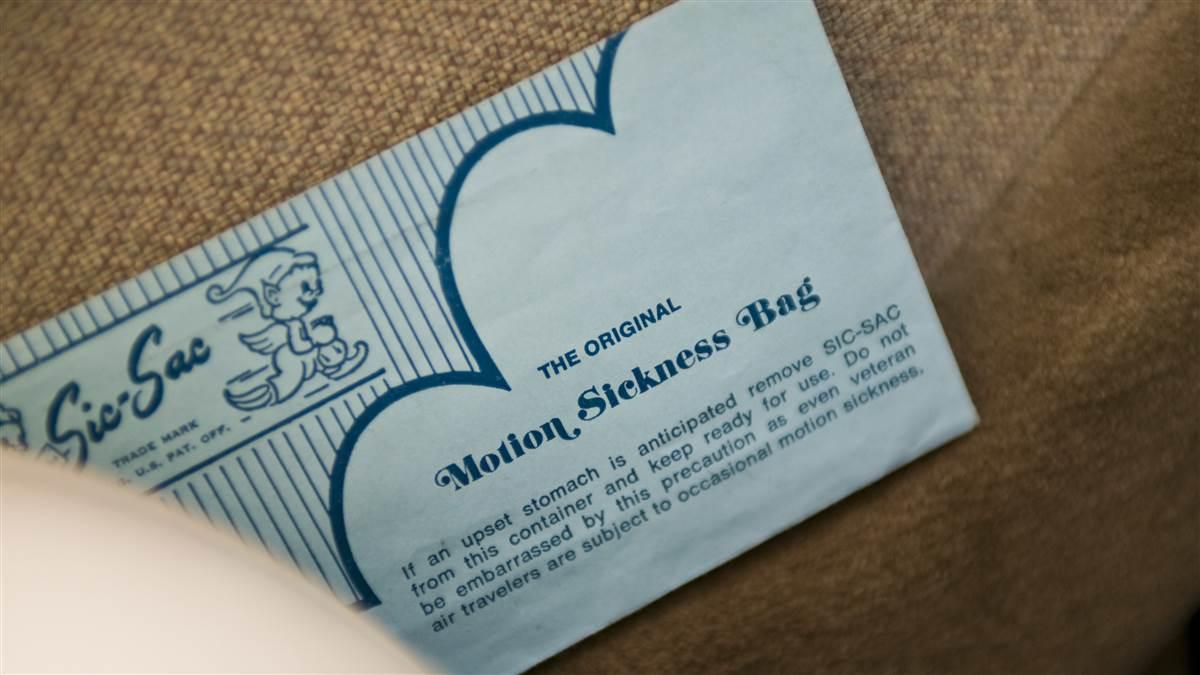 The FAA has a vomit chair. It’s used to induce vertigo in pilots to demonstrate how not to handle oneself in a cockpit, particularly without external visual reference.

Someone sits in the chair with eyes closed and puts his or her head down, and someone else moves the chair around erratically, including spinning, to interfere with the body’s sense of equilibrium. When the chair is stopped quickly, many illusions overtake the hapless pilot, there is spatial disorientation, and sometimes the victim vomits.

The way to minimize significantly the chances that you’ll experience vertigo in the cockpit, with or without external visual reference: Do not make fast head movements while flying. In the world of IFR, slow and steady does it. —SMS

How to know if there’s IFR traffic coming

Approaching a nontowered field, VFR pilots monitor the frequency and expect to make our blind broadcasts from a few miles out. Arriving VFR into a towered field, we make our initial call-up to the tower, unless we’re approaching Class B or C airspace, in which case we usually talk first with approach/control. VFR pilots will have some familiarity with the situation where a pilot isn’t speaking on the tower frequency until the airplane is close.

Inbound to a towered airport, IFR traffic is talking with an ATC facility other than tower, even if the airport is just Class D. You can be forewarned of the imminent insertion of an IFR target into the airspace where you’re flying by monitoring the frequency of that facility. The “approach” or “departure” frequencies for an airport are printed in the briefing strip at the top of IFR approach plates. —SMS

VFR pilots fly in a system that in many ways is designed for IFR traffic, without knowing much about what is going on around them. Learning a few secrets from the IFR world can make VFR pilots safer, more aware, and a little less bewildered by some of the mysterious stuff you see and hear from the IFR side.

IFR pilots must follow more regimented rules and maintain a more refined skill set because flying in instrument meteorological conditions (IMC) is inherently much more dangerous than VFR flight. Not every pilot can—or wants to—do it.

For an IFR flight to work correctly, air traffic control has to know the IFR flight plan, and the controllers must keep an eye on the flight from the moment it taxis onto the runway until the moment it rolls off the destination field’s runway. This requires considerable communication between pilot and controller. The terminology can be cryptic, and the demands can be, well, demanding.

A pilot talks with the following facilities as the typical IFR flight progresses:

Flight Service (briefing and flight plan may be handled elsewhere, such as online)

IFR pilots, especially, learn to anticipate what will happen next in the flight. Also, responsiveness to ATC is virtually instantaneous. For example, when an IFR pilot hears, “November-One-Two-Three-Four-Five, turn right heading zero eight five,” the pilot begins planning the right turn even before hearing the designated heading. When approaching to land in instrument conditions, the IFR pilot flies an instrument approach, a series of lateral and vertical navigation instructions. These are depicted on an approach chart or plate, which is a one-page, condensed depiction of the most salient elements of that approach (left).

Instrument approaches have tons of built-in safeguards to help ensure that, even in reduced or no visibility, the flight can get in and land safely. The pilot must have specified minimum in-flight visibility and must be able to see certain elements of the runway or its environment before actually touching down.

What did he say?

Although instrument flight rules were developed for flying in poor visibility, instrument pilots often fly IFR when the conditions are VFR. They’re supposed to see and avoid other airplanes, as well as follow all IFR procedures, but they may not be speaking the same language as VFR traffic.

When an instrument pilot is inbound to an airfield with which he or she is unfamiliar, that pilot typically does not know the VFR reporting points or the lay of the land. You can’t expect the IFR guy to report “water tower, inbound.” Likewise, VFR pilots may not understand such IFR expressions as “inbound on the ILS.” Mixing VFR and IFR traffic can be tricky because we often don’t know where the other pilot is. To help minimize the problem, there’s certain IFR terminology, typically used in the vicinity of airports, that you should know, even if you’ll never use them yourself.

ILS: Instrument landing system. The important thing for you to know is that an aircraft on the ILS or inbound on the ILS is on a straight-in approach to a runway. The aircraft is not in the VFR pattern and it may not be announcing its proximity. Even if you’re at a towered field, you still have to watch out.

Also, you may hear that a flight is joining the ILS (or joining the localizer). This usually means that the airplane is several miles out but getting aligned with the runway centerline for that straight-in approach.

Note that the last part of an ILS approach is on a constant descent (usually 3 degrees) all the way to the runway. IFR GPS approaches usually involve a long straight-in, too.

On the missed: This means the pilot is doing an IFR “go-around,” formally called a missed approach procedure. These procedures are nothing like a standard go-around. The pilot does not join or rejoin the VFR pattern, and he or she may be flying straight out or turning toward a one-mile-out or even a 10-mile-out position in space, and will be climbing above pattern altitude.

Marker inbound: The IFR airplane is some distance (sometimes miles) away from the airfield, headed toward it. The markers are radio-identified locations that don’t appear on VFR charts. Some markers are close to the runway threshold. 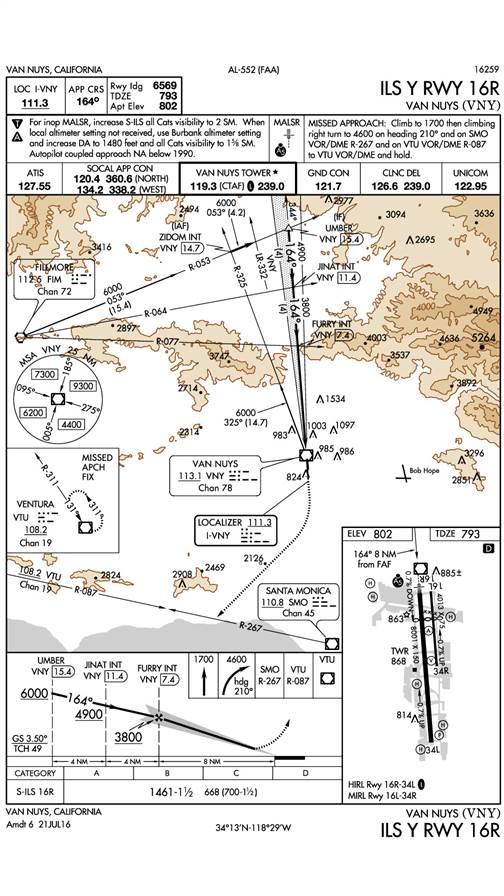 Final (final approach): VFR pilots typically think of “final” as that part of the pattern that comes immediately after “base.” Not so for IFR. In most cases, the IFR final approach segment is the last straight line the airplane flies before landing. Although it can begin 15 miles out, usually it’s much closer to the runway

Fix or Intersection: CHATY and DEANO and KRSTL, oh my! You may know that aviation has named intersections and fixes defined by the intersection of radials or bearings from ground-based navigational aids, or by GPS positions. You also may know to watch out for other aircraft near them. But you won’t find most fixes used for IFR navigation on a sectional chart. You could be flying right on top of one of these and not even know it.

You should be familiar with at least some of the IFR-only fixes near your home field so you know where to look if someone reports being at KRSTL or some such place not on your VFR chart. Approach plates show fixes near an airport that are used for instrument approaches. AOPA provides free access to airport information and downloadable approach charts online (www.aopa.org/airports).

Captain, you are now empowered to fly more safely, to understand better the aeronautical environment around you, and to demonstrate considerably more mastery of the flying machine you have at your command. Most pilots who have earned an instrument rating and beyond feel that the experience of earning that coveted rating is the most significant thing one can do to become a better, safer pilot.

Steven Mark Sachs is a professor at Los Angeles Valley College, an instrument-rated private pilot, and a ground instructor.