Get the app Get the app
Already a member? Please login below for an enhanced experience. Not a member? Join today
News & Media Jet Set: Cessna Turbo Skyhawk JT-A

How does this piston trainer measure up when it burns Jet A?

The massive Jet A fuel caps were the first clue that something was different about this Cessna Skyhawk. And on this cold day in Maryland, we discovered the 155-horsepower Continental CD-155 diesel engine under the cowling demanded some unusual preflight accessories: rubber gloves, a plastic zip-top bag, and a clear fuel straw for confirming the 44.6 useful gallons on board. A little jet fuel can go a long way toward making your day a slimy, messy one.

General aviation diesel engine technology has been aimed primarily at international markets, where Jet A can cost half as much as a gallon of 100LL and is more widely available. Diesel engines also typically burn less fuel and simplify engine operations with full authority digital engine control (FADEC). These advantages have led to a gradual adoption of the technology worldwide—first as retrofits and then certified in factory aircraft.

Cessna has been moving toward production of diesel-powered aircraft since at least 2007, when it hoped to start delivering diesel Skyhawks powered by Thielert Aircraft Engines. Thielert went into bankruptcy and Continental Motors Group purchased the company in 2013.

Meanwhile, in 2012 Cessna unveiled the prototype of a turbodiesel 182 powered by a SMA SR305-230E-C1 engine, and halted production of the gasoline-powered Skylane. The certification process was delayed, and the company stopped taking orders for the diesel 182 in 2015.

Cessna’s Turbo Skyhawk JT–A replaces the popular trainer’s Lycoming with a liquid-cooled, turbocharged Continental Diesel CD-155, formerly marketed as a Thielert Centurion 2.0S. Like its avgas sibling, the JT–A is equipped with modern features such as Garmin G1000 NXi avionics, a Safe Flight SCc angle of attack system, and ADS-B Out and In. But the four-cylinder diesel engine, certified to operate on jet and diesel fuel, uses FADEC to maximize efficiency and replaces mixture and throttle with a single-lever power control.

How would the diesel engine affect day-to-day operations of a familiar, predictable airframe? AOPA Pilot editors David Tulis and Jill W. Tallman flew the JT–A shortly after it was certified in 2017. Rather than experience the JT–A solely in the context of a new airplane, each pilot took a turn in the JT–A and in AOPA’s own 2000 Cessna 172S, and then swapped impressions of the roundtrip flight from Frederick, Maryland, to Lancaster, Pennsylvania.

A contender for the heart of an individual owner 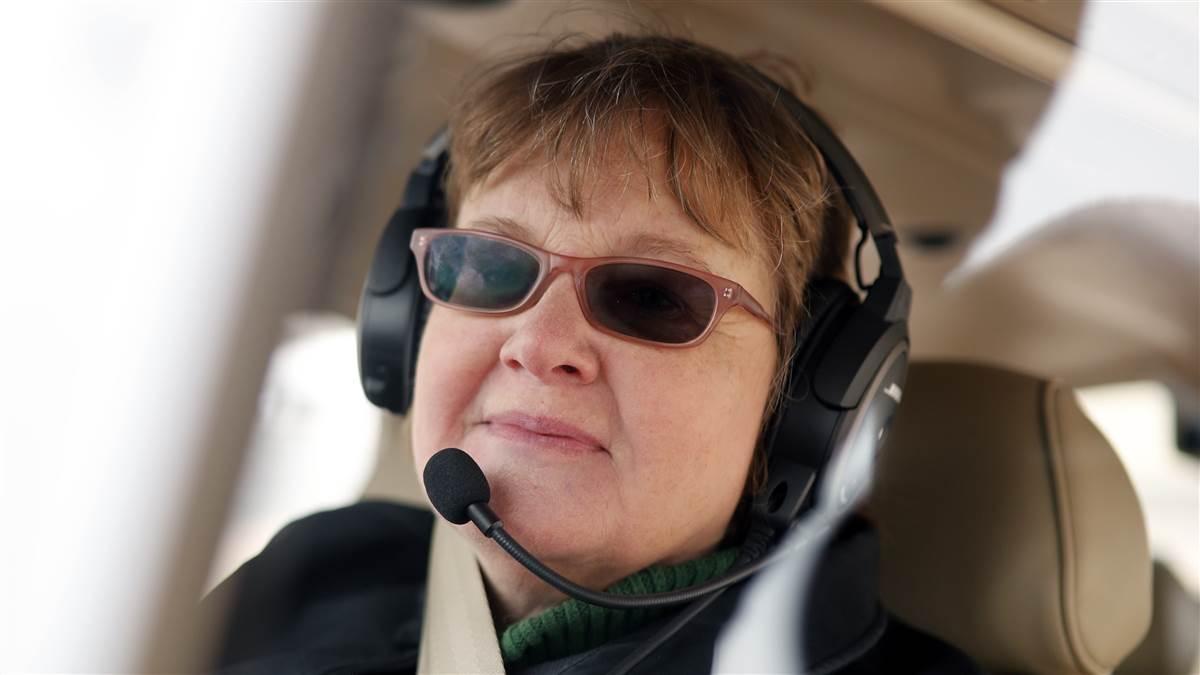 The JT–A is more than a luxury version of a Skyhawk. The leather-like interior, airbag seat belts in the front seats, and optional air conditioning are nice, to be sure. But this bird brings better performance, increased range, and that Continental CD-155 to the party. The full-authority digital engine control and the single-lever power control take it to another technological level.

Viewed from the outside, the JT–A is pretty much a Skyhawk. The walk-around had presented the familiar airframe with a second oil door and a gearbox—nothing too exotic and easily managed with a checklist.

When you climb onto the wing to check the fuel, that’s your first real indicator that this airplane is an outlier. No more 100 low lead! That’s not trendy—that’s strategic, particularly for pilots in Europe and other parts of the world where Jet A is substantially cheaper than 100LL. We know the FAA is working hard to identify replacement fuels for 100LL. Imagine not having to worry about that anymore.

If you pull a fuel sample from one of the five sumps, remember kerosene is messier and oilier than 100LL, but adding disposable latex gloves to your flight bag would be a minor inconvenience when you’re saving up to 50 percent per gallon.

But forget about calling for a top-off and walking away. You are the final line of defense to ensure the correct fuel truck shows up and the correct fuel is put in the tanks. Cessna test pilot Randy DeLong admitted he gets double takes and questions at FBOs “all the time” when he is flying N688CS around the country. The lineman at Signature Flight Support in Frederick was more than a little surprised when he arrived with the Jet A fuel truck to discover he was fueling a Skyhawk.

The JT–A’s Garmin G1000 NXi integrated flight deck with dual mode ADS-B Out is a standard feature. Another standard feature is Garmin Flight Stream, which lets you wirelessly link an iPad to the avionics and upload a flight plan from Garmin Pilot or ForeFlight—or update that flight plan from the navigator back to the iPad display. The G1000’s bright, crisp displays are more than a little mesmerizing to someone accustomed to flying behind steam gauges.

It’s time to fly, and after the simple start-up procedure, the three-blade MT Propeller made for a quieter cabin. Dial back the power setting in cruise and the noise reduction becomes more noticeable.

Departing Frederick Municipal Airport with Tulis following in the 172S, the JT–A climbed out at 80 to 85 knots. At 4,500 feet we started outperforming the 172S, and when we reached 5,500 feet there was no question who was going to cross the numbers first at Lancaster. At 100-percent power you can move right along at 132 knots true airspeed, burning 8.9 gallons per hour. Want to compromise a little? At 90-percent power, you’ll see 128 KTAS at 8.1 gph, and at 80 percent, you’ll still cruise at 124 KTAS while burning 7.1 gph. At 70-percent power, you can fly at 112 KTAS while burning just 5.7 gallons per hour. The heavier engine gives the JT–A full-fuel payload penalty of about 100 pounds, with 45 gallons usable versus 53 for the avgas-burning version, but it may not be necessary to carry full fuel as often given the lower fuel burn.

The JT–A flies like any other Skyhawk. Abeam the numbers on the downwind, you can bring the power to idle, DeLong counseled; there’s no need to worry about shock cooling. No other special knowledge is needed to land the airplane.

Swapping rides with Tulis at Lancaster was a bit of a letdown, particularly at start-up—mixture, master, starter, throttle—so many steps!—and again when Tulis and DeLong blasted up to 4,500 feet and left us in the proverbial dirt.

Is the JT–A suitable for the everyday Skyhawk pilot? Most will cling to their avgas-burning models. The JT–A could prove tantalizing to buyers considering an aircraft for business along with recreational usage. Those buyers will have to contend with the economics of replacing—not overhauling—the CD-155 engine at 2,100 hours. Cessna says any Continental diesel authorized facility can do the work. Replacement is said to be much faster than overhaul, which will help ease the financial sting. Still, with its easy-to-operate FADEC, increased range, strong avionics package, economical fuel burn, and hefty performance, the JT–A is a contender for the heart of an individual owner.

Jet tech for future pros comes at a premium 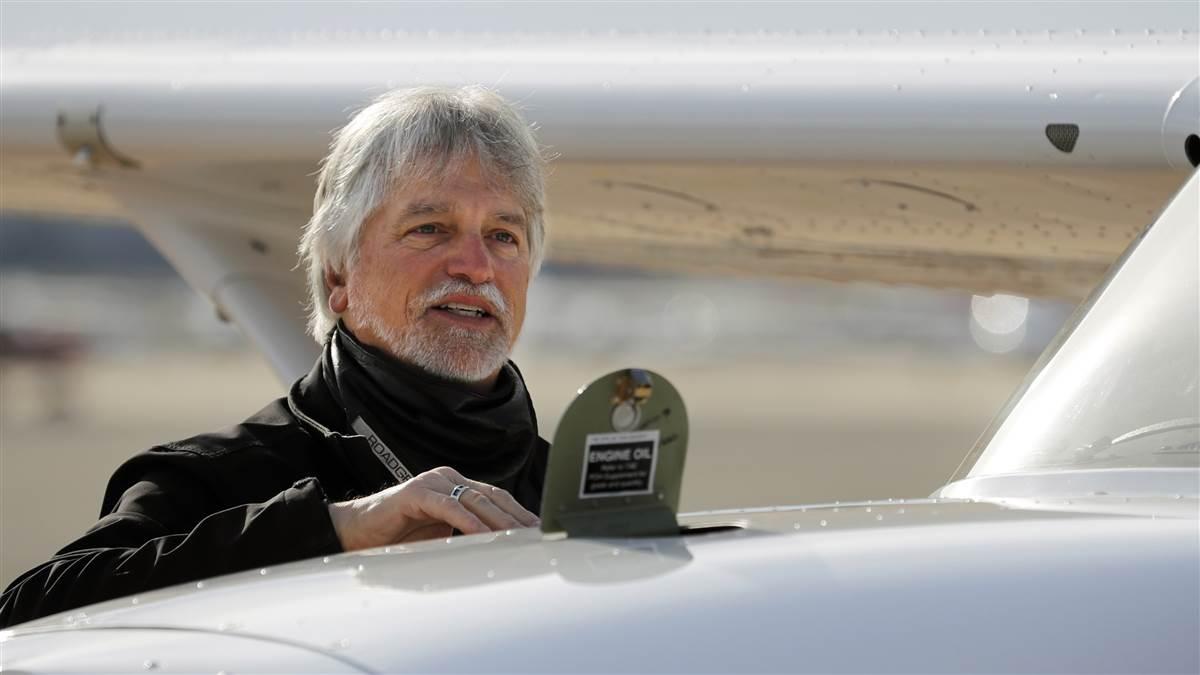 The Cessna JT–A is as familiar and predictable as any Skyhawk, yet there are differences in equipment and procedures that could begin to familiarize airline-bound students with the cockpit controls they are likely to encounter in their careers. This similarity also could make the aircraft a good fit for flight schools—if they can justify the extra cost of the diesel model.

Engine operations are fairly simple—a potential advantage for students, who can shift their focus from mixtures and hot starts to learning fundamental flying principles.

The JT–A’s advantages over the avgas version of the Skyhawk when starting and during run-up are obvious by looking at the two handbooks. Setting aside all the Garmin steps, the 172S takes about eight hands-on steps to start, including some fancy two-handed work with the key and mixture control. The JT-A takes six, and no two-handed dancing. Put the thrust lever to idle, turn on the aircraft and engine master switches, press the starter button, and turn off the fuel pump. That’s all it takes.

During run-up the differences are even more dramatic. Even though the avgas 172 and the JT–A each have roughly the same number of steps in the procedure, about two-thirds of those in the JT-A are watching the system do its automatic checks. On the taxiway, Cessna test pilot Randy DeLong introduced run-up procedures confirming properly functioning FADEC A, and backup FADEC B­ engine computer systems that basically check themselves as you monitor their good health. One T-handled power lever made percentage of power choices simple and allows the pilot to concentrate on flying.

Even with 175 hours in Skyhawks, it took some time for me to adjust to all the pixels floating across the impressive Garmin G1000 NXi suite in the JT–A. Engine and fuel management, situational awareness, and radio work were far simpler than what I’m used to in 172M, -N, and -S models with analog gauges. I can see how the NXi will help position future career pilots as digital advances continue to roll out.

Like jet and turboprop pilots, JT–A pilots check to verify fuel temperature is in the green; they don’t want the fuel to get below minus-40 degrees or it may freeze. It doesn’t sound like much of a problem until you consider the aircraft’s 18,000-foot service ceiling—which is a good 4,000-foot advantage over our workhorse trainer N163ME.

By the time I brought N688CS in for a full-stop landing I was already putting numbers together to see how the turbodiesel would stack up in a real-world training environment or for use overseas where 100LL is expensive and scarce.

The reduced fuel burn (see “Farther, Faster”, p. 56) and lower Jet A prices could help offset the JT–A’s $465,000 air-conditioning-equipped price tag, but not by much. In the United States, there isn’t much cost savings in Jet A fuel over avgas in today’s marketplace so flight schools, college aviation programs, and leaseback owners need to really sharpen their pencils before splurging an extra $71,000 for the diesel version. The turbodiesel demands a $38,000 complete engine swap-out at 2,100 hours, plus additional costs at 1,200-hour intervals for scheduled replacement of the gearbox, fuel pump, and alternator. Based on today’s U.S. fuel prices, it would take about 400 hours of operation for the fuel savings to cover the additional engine costs for a flight school—although volatile fuel prices mean the equation could quickly change. On the other hand, swapping out engines—rather than sending one away for an overhaul—could save serious downtime, allow the aircraft to be rented more frequently, and bring in more revenue. If an avgas-powered engine is destined for a factory overhaul, weeks could pass between the time it’s removed, shipped, returned, and reinstalled for flight.

In other parts of the world, Jet A is more readily available than 100LL—and far cheaper. In Europe, Africa, or South America it’s common to pay more than $12 per gallon for avgas—if you can find it—while Jet A sells for about half that, so for overseas use, the Jet A version might make sense.

All in all, it was a great experience handling a jet-fuel-burning beast for the first time, even if it was cloaked as a familiar Cessna Skyhawk. In a training environment or overseas, the JT–A’s superior capabilities, lower fuel costs, and advanced technology could be worth considering. The Cessna Turbo Skyhawk JT–A can fly farther, higher, and faster than an avgas-powered 172, while better preparing future pilots for airline careers.