Get the app Get the app
Already a member? Please login below for an enhanced experience. Not a member? Join today
News & Media Musings: Nothing’s forever

Dad’s passion for the wild blue yonder lives on

I don’t remember my first flight, but my mother sure does. I was a couple months old and she was worried sick, throwing a fit as she attempted to reason with an unreasonable man about all the reasons her firstborn child did not belong in a glorified kite headed hundreds of feet into the air. 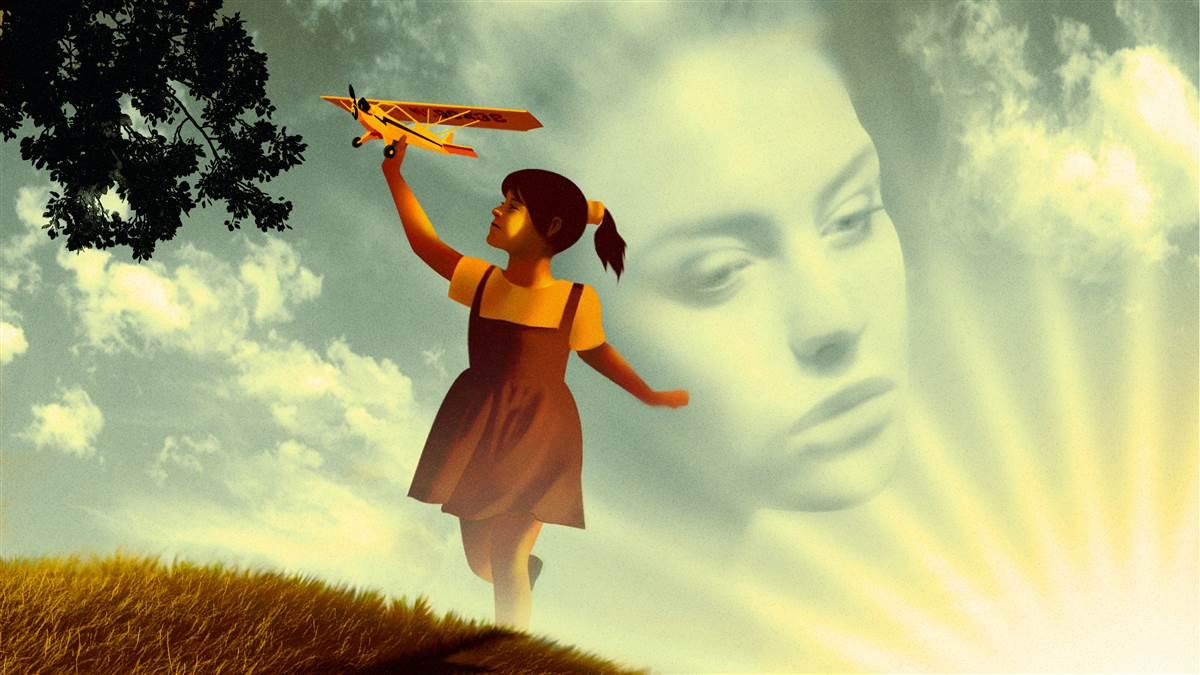 She lost that battle. My father, who thrived on mischief and misadventure, had decided he was taking me up in his 1945 Piper J–3 Cub. He was going to give me my first taste of the wide-open skies, and he was going to do it with the door open. (He always flew with the door open.) He wasn’t taking no for an answer. The firmament was my namesake, after all.

That first flight—taken on a blustery day in the early spring of 1994—was only the beginning. Aviation was my father’s passion, one he wove into his profession as thoroughly as he could. A heart surgeon by trade and a pilot by choice, my dad also served as a flight surgeon in the U.S. Air Force, worked as an aviation medical examiner, and earned every pilot certification there is—all the way up to ATP/CFII. He spent his days saving lives and getting pilots back in the air, and his nights parked on the couch with a rocky glass of Macallan 12 and Bill O’Reilly’s tirades.

As I grew, he’d use flight to teach me many lessons. Gravity included: He’d tie my dolls to strings then bring me up in the air for his DIY version of a roller-coaster ride. The doll and I would lift from our seats, weightless, as the nose of the airplane plummeted down, and then I’d giggle uncontrollably with listless heaviness on the way back up. I learned firsthand that clouds weren’t the puffy cotton-ball trampolines I had thought them to be when he flew me through them in an open-cockpit Stearman. I watched them dissolve like mist the closer we flew, distraught to discover that they were nothing more than ethereal condensation.

When a barrage of challenges comes my way and I long for those simple days of tailwheels aflight in golden afternoons, my dad's favorite phrase rings in my head: "Nothing's forever."Later, the lessons would grow more complex as my flying knowledge became my own. My dad guided me in perfecting the art of touch-and-goes on our little grass strip in Central Florida, making me practice again and again until I could grease an airplane onto the ground without so much as a shudder. The flight pattern around my childhood home is ingrained into my memory like a photo. I could fly it with my eyes closed, and probably did, once or twice, just for the thrill of it. I’m more like my dad than I realize some days.

Although I may not remember my first flight ever, I certainly remember my first flight solo. I was midway through my senior year of high school, fresh from a teenage heartbreak and only a couple of half-hearted months into training. I wasn’t expecting it to happen that day (and certainly wouldn’t have worn the brand-new shirt I had earned from a recent 5K race if I had known what would come of it), but before I knew it, and before I thought I was ready, I was up in the air by myself, piloting the very airplane that had lifted me into the sky for the first time 18 years prior. The exhilarating combination of freedom and terror that I felt in that moment is a sensation only fellow pilots can understand.

When I eventually earned my private pilot certificate just a couple months after graduating high school, aviation came full circle for me. I flew my friends to breakfast at Chalet Suzanne in Lake Wales, Florida (may its moon soup and sticky buns rest in peace). I spent hours upon hours in the air, invigorated by the roar of the wind and the rich solitude it brought. And I impressed the boyfriend I brought home from college so much that he became my husband (although he still doesn’t understand why I won’t indulge his requests for barrel rolls in the Cub).

And so, my father’s love for aviation has touched every part of my life. When a barrage of challenges comes my way and I long for those simple days of tailwheels aflight in golden afternoons, my dad’s favorite phrase rings in my head: “Nothing’s forever.” It was never said with resentment, bitterness, or even wistfulness; the words always came with a smile and a shrug, a dare to live big in the time we’re given.

Flying can be challenging and healing, terrifying and empowering, a lesson and a reward. Every time I turn final—and in life’s most stressful situations, when relaxing is the last thing on my mind—my dad’s advice comes to me as if through a staticky headset. “Wiggle your fingers and toes!” His surefire way of easing tension and forcing me to grip the controls less tightly works as well on the ground as it does in the air.

A passion for the wild blue yonder isn’t the only love my dad imparted to me, but as the days since his passing stretch into years, sometimes it’s the most tangible. Polishing up a bright yellow Cub, the pungent smell of 100LL, that magical second when ground becomes sky—it reminds me of the man who loved these things first. The true beauty of aviation is that it’s more than a hobby or a career path; sometimes, it’s the glue holding life’s most important relationships together. Whether I’m PIC or crammed into a middle seat on an oversold commercial flight, my feelings toward aviation remain the same. On the days when I miss him most, I’m thankful that my dad is never more than a flight away.

Skye Sherman is a freelance travel writer based in West Palm Beach, Florida.