Get the app Get the app
Get the latest news on coronavirus impacts on general aviation, including what AOPA is doing to protect GA, event cancellations, advice for pilots to protect themselves, and more. Read More
Already a member? Please login below for an enhanced experience. Not a member? Join today
News & Videos Helicopter pilots round globe to send a message

Flying their Robinson R66 helicopter northbound to Magadan in Russia’s far east, Ruben Dias and Mischa Gelb gazed out at the Sea of Okhotsk stretching to the horizon, and marveled at the jagged landscape below. 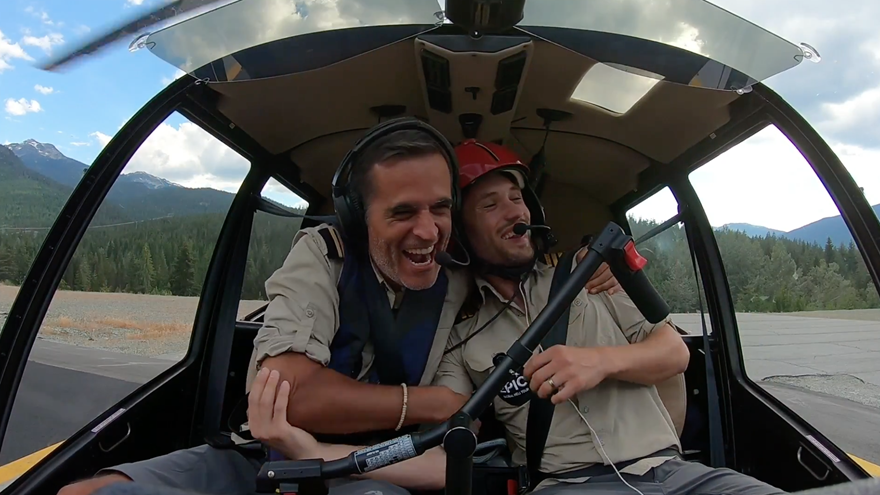 Then it was time to turn their attention to locating the Magadan airport. At first concealed behind the hills, the field turned out to be an unpaved strip with an eclectic assortment of helicopters and biplanes distributed around the ramp—the latest fascinating discovery for the two men from Whistler in the Canadian province of British Columbia, logged on day 61 of a record-breaking 97-day round-the-world flight they called the EPIC World Tour.

The flight launched May 1 was “epic” not just in length but as an acronym for the two entrepreneur-pilots’ goal of “empowering people, inspiring change.” The journey’s curvaceous course put it in the record books once they had bested a 120-day record set in 2017 for a similarly “antipodal” venture. (More on that term in a bit, but meanwhile keep two places along the flight route in mind: Colombia and Indonesia.)

Dias, originally from Portugal and the son of missionaries who brought him to Uruguay as a youngster, describes himself as a “serial entrepreneur” who loves to fly and had become a fixed-wing pilot in his native country. Moving to Canada, he embraced an urge to become a rotary-wing pilot, a decision that brought him into contact with Gelb, a helicopter instructor. They discovered they had both nurtured a childhood dream to fly long distances, and across oceans by helicopter.

From there it was still a big leap to say, “Let’s do it,” but that’s where the conversations were leading. Dias identified with the independent entrepreneurial streak in his helicopter instructor; Gelb had bought his first copter at 18 and now managed his own company, BC Helicopters, after buying it at age 33. Those were the qualities, Dias thought, you might find in someone who would be up for a special kind of aeronautical adventure.

So how does a pair of helicopter pilots empower people and inspire change by flying around the world and breaking two records in a five-place turbine helicopter? 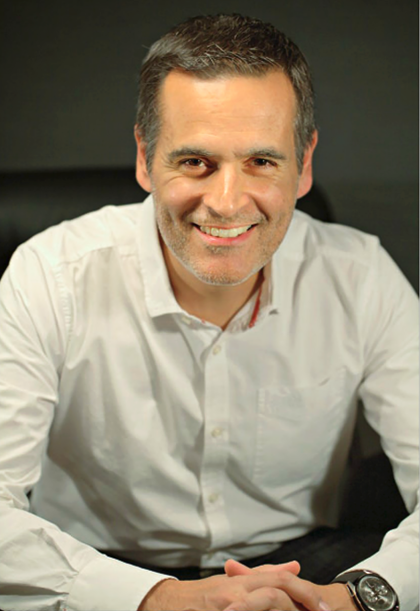 Setting an example through their action was only part of it. Along the route they also gave presentations about their guiding principles for healthy, productive living at academic institutions and other organizations, stressing the same courage, planning, and persistence that’s key to being a successful entrepreneur and pursuing a healthy lifestyle.

“I didn’t want to do for self-indulgence,” Dias said. “I always like to put a purpose on things.”

Dias elaborates on that purpose on the EPIC World Tour website, explaining that he founded and manages Fast Track, an early stage venture-capital firm to invest in technology companies “led by outstanding entrepreneurs.” He also founded a plant-based food venue he calls Eight, the Health Lounge, to act on the eight healthy-living principles he advocates and practices.

“It’s important to understand from the get-go that there’s much more to be gained in a world filled with happy, accomplished, healthy people,” the website notes.

That same sense of purpose—and personalities designed to “achieve and overachieve” during their once-in-a-lifetime flight—shaped the route they chose, Dias said.

It may not seem obvious at a quick glance, but on the way to making the 107 stops in 45 countries over 97 days, often accompanied by navigator/videographer Diogo Dias, the R66 crossed the Equator and touched down at “antipodes” in Colombia and Indonesia. Antipodes are places directly opposite each other in Earth’s eastern and western hemispheres. Right—the North and South Poles are antipodes, the antipode of the mainland of Australia is ocean. Find your antipode here.

The flight beat the 32,000-nautical-mile distance and 121-day duration of a 2017 flight by Peter Wilson and Matthew Gallagher, also flown in an R66.

Plan all you want, says Ruben Dias, but on a flight of this nature you will still encounter challenges you didn’t plan on, and experience moments of doubt that test even the most optimistic explorer, as when they ran into severe turbulence on the home stretch from Alaska to Whistler.

You can’t take such a mission as the EPIC World Tour a day at a time, as some of the unsolicited advice he received proffered, he said.

Rather, everything “has to fit like a puzzle,” and when it doesn’t—when there are whiteout conditions over an icecap or the headwinds are too strong for an overwater crossing, for example—you had better not have made the wrong decision.

Although the wait was long to set out on the once-in-a-lifetime flight that Dias is certain has been a life-changing experience for him, he notes that he was never in a big rush to set the childhood dream in motion.

“I never had a problem delaying reward,” he said. “I didn’t have to have it today, I just had to keep dreaming and working for it.” 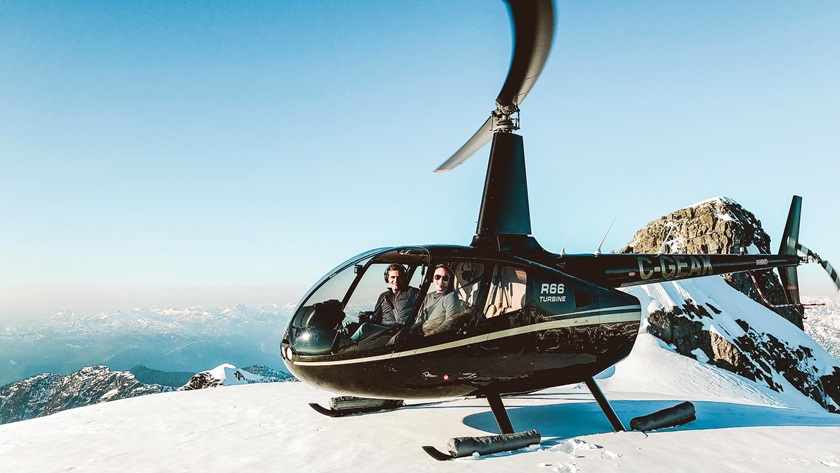