Lockheed Martin and NASA are excited about their new supersonic X–plane, and the public is getting a first listen to what it will sound like from below. 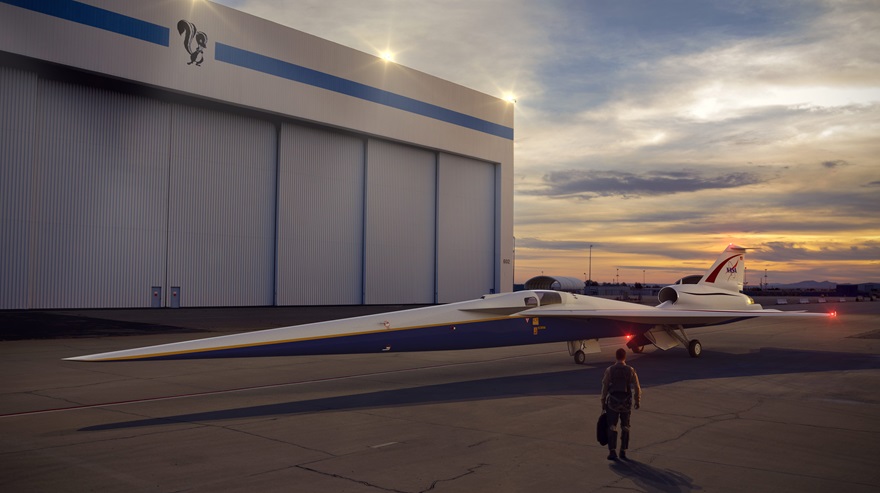 The first part for the $247.5 million X–59 Quiet Supersonic Technology aircraft was machined in Palmdale, California, Lockheed Martin announced Nov. 16, a company official calling it a “great leap forward for the X–59 and the future of quiet supersonic commercial travel” in a news release. This part, and many others to follow, will become a sleek, single-seat jet that NASA aims to fly in 2021.

The aeronautics and space agency announced Nov. 19 that it has fully committed to the program and three-year timeline to first flight following a key program review. That will make the QueSST NASA’s first new, supersonic X–plane in more than three decades.

“This aircraft has the potential to transform aviation in the United States and around the world by making faster-than-sound air travel over land possible for everyone,” said NASA Administrator Jim Bridenstine in an agency news release that included an exclamation: “We can’t wait to see this bird fly!” 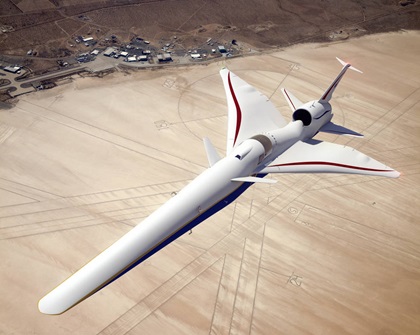 NASA has meanwhile given residents of Galveston, Texas, a taste of what the X–59 will sound like, which is really the point of the entire exercise. NASA’s Low Boom Flight Demonstrator Project has been working to prove to the FAA and other regulators that an aircraft can be designed to limit the sonic boom that prompted the agency to prohibit supersonic flights over land in the 1970s, effectively dooming supersonic commercial travel. Instead of a boom, the researchers expect people on the ground to hear a soft double-thump reminiscent of a heartbeat.

NASA announced at the end of October that the first two-week series of flights by NASA F/A–18 jets would commence in early November, with 500 volunteers listening for the sound as the fighter jet executes a supersonic dive profile designed to produce a sound similar to what the X–59 will create as it passes overhead at about 940 mph, a sound that the designers expect to be about as loud to human ears as a car door closing. The flights over the Galveston area will test how people perceive and respond to that noise, and also help NASA validate its methods of sampling public opinion and analyzing data similar to what will be collected starting in 2022 when the X–59 is actually flying. NASA also will have microphones set up to capture the sound and compare it to the volunteers’ reports.

"Galveston is both honored and excited to be part of this project," Mayor James Yarbrough said in a written statement to the Houston Chronicle. "This is the type of project that motivates engineers and innovators."

NASA’s own supersonic capability got a boost this month with the arrival of the first of three more hand-me-down F/A–18s to the NASA Armstrong Flight Research Center in California. The fighters, retired from U.S. Navy use, will be evaluated as possible replacements for one or more of NASA’s current F/A–18 fleet.