Get the app Get the app
Get the latest news on coronavirus impacts on general aviation, including what AOPA is doing to protect GA, event cancellations, advice for pilots to protect themselves, and more. Read More
Already a member? Please login below for an enhanced experience. Not a member? Join today
News & Videos Zen Pilot to spread message of unity from pole to pole

Some of the worst weather in the world, extreme distances, freezing temperatures, single-pilot fatigue, and few places to land would hinder most pilots from even thinking about flying in the remote icy terrain of the Arctic and Antarctic. Nonetheless, adventurer Robert DeLaurentis plans to depart on a trip on in mid-January to set the world record for speed and distance over the poles in his highly modified turboprop twin while simultaneously spreading the message of unity. 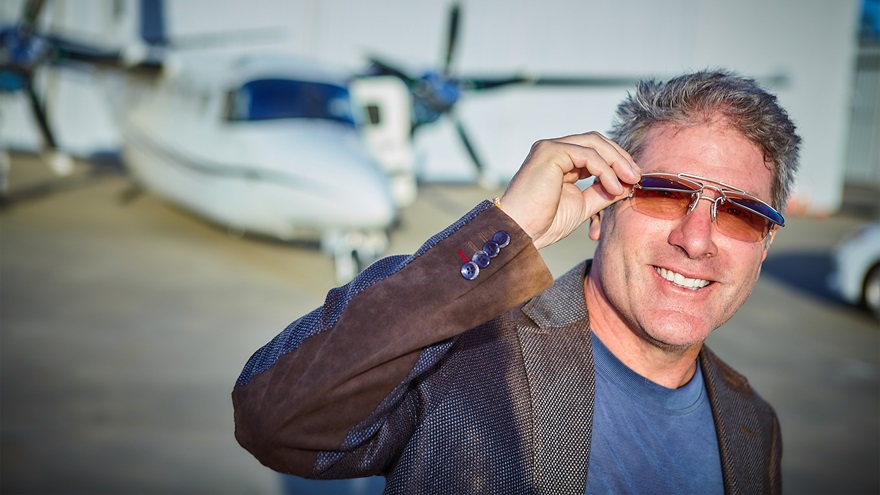 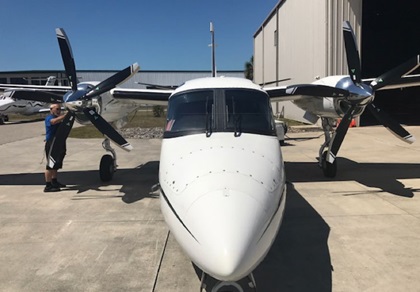 His only companion along the journey will be the updated 1983 Twin Commander 900 nicknamed “Citizen of the World,” which will bear AOPA’s eightieth anniversary logo on its side; the association turns 80 in 2019. According to DeLaurentis, the trip is considered a world peace flight and is intended to inspire people and organizations to live their impossibly big dreams through the wonder of aviation.

“Traveling to the ends of the earth is an enormously complicated and ambitious task—but we are up for this epic trip! The benefit to humanity, STEM education, aviation, and science makes it all worth the risk,” said DeLaurentis. “By planning for and overcoming the challenges we will inevitably meet, we will show the world that impossibly big dreams can be achieved and that we are all connected: Oneness for Humanity: One planet. One people. One plane.”

A circumnavigation between the two poles calls for some modifications to the 35-year-old aircraft. DeLaurentis said he located the original engineer who designed the 52-foot Gulfstream wing and asked him to conduct a feasibility study to increase the range to 5,000 nautical miles and 20-plus hours of flight time. The engineer determined the airplane could carry an extra 928 gallons of Jet A in six additional fuel tanks, putting it nearly 40 percent over max gross weight.

The 90-day global journey will start in DeLaurentis’ hometown of San Diego. From there he will fly southeast to Texas then down through Central and South America with a stopover at the southern tip of Chile. He will then make his way down to the South Pole and back up the eastern edge of Brazil over to southern Africa before making his way to northern Africa, Europe, and the North Pole. The journey will finish down through Alaska and back to San Diego.

DeLaurentis said that in addition to setting the record for speed and distance in that class of aircraft, the flight could also set world records in the C-1f category and possibly the C-1e category, according to the Féderátion Aéronautique International.

According to DeLaurentis, the journey will also test new technology and carry a global science experiment that will later fly with NASA astronauts in 2059.