“Cherokee flight, check in!” With those words, Tony Harding, the lead pilot of the mass arrival group Cherokees to Oshkosh 2018, set in motion the choreography of 29 aircraft that would be flying in formation to EAA AirVenture. Within the hour, the pilots would be landing on Runway 36L at Wittman Regional Airport in Oshkosh, Wisconsin. 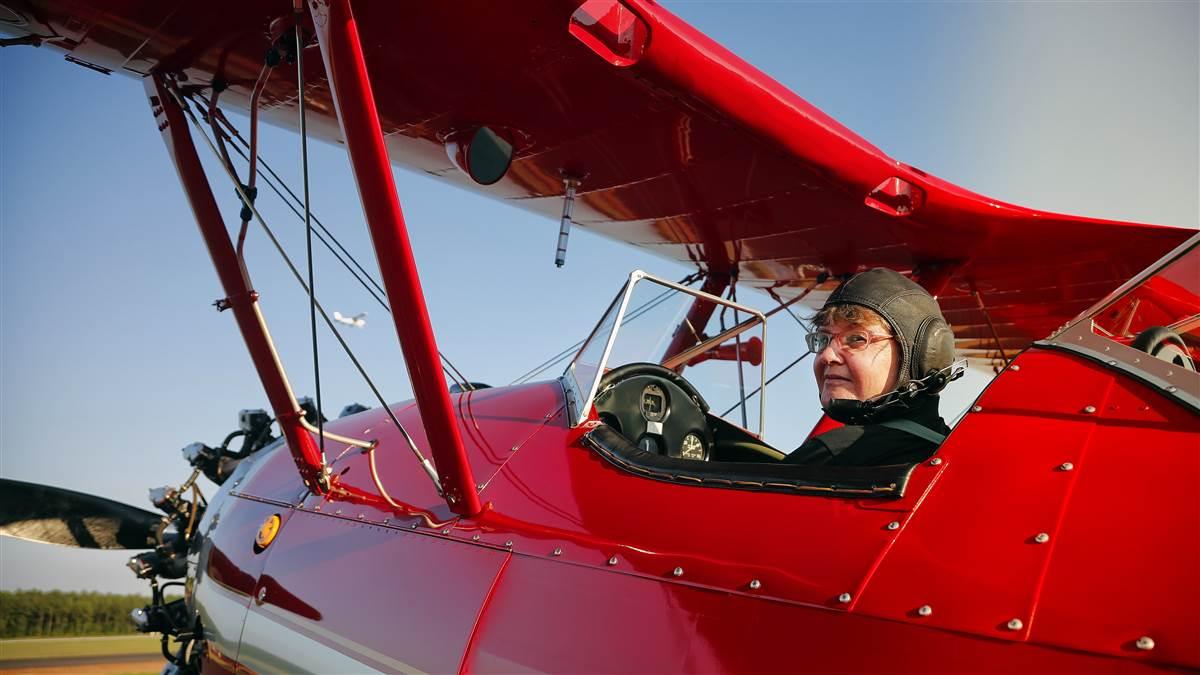 The formation flight was reminiscent of high school plays. You practice and rehearse and memorize your lines and get the blocking down, but opening night seems very far away—until it’s not.

My rehearsal had started in April with a weekend formation clinic in Ohio. I’d flown as a safety pilot for many AOPA photo shoots and taken formation ground school, but I’d never flown formation as pilot in command. We newbies were advised to practice techniques such as flying at 90 knots (not a problem in my aircraft); taking off and landing on the right or left side of the runway (taking off was easy; landing on the side of the runway just seemed wrong); and landing at a higher airspeed so that you can taxi off the runway quickly and make room for the airplane landing behind you.

Flying your airplane in the proximity of another airplane is counter to what we’re taught. At the Ohio clinic, I realized that Cherokees to Oshkosh (CtoO) aren’t trying to be the Blue Angels. While the focus on safety is paramount, as should be the case in any formation flight, the group wants each member to fly to his or her comfort level.

All the CtoO pilots met up at Waupaca Municipal Airport, just north of Oshkosh, a few days before our mass arrival so that we could practice flying together. It was a dress rehearsal—we’d evolved from flights of three and four aircraft in Ohio to a much larger group divided into two- and three-ship elements.

Friday was a washout, but we spent the time briefing and walking through the arrival on the ground. Saturday dawned cool but cloudy. Would we make our slot? AirVenture gives preferential treatment to formation arrivals. It’s just you and your group, as opposed to you and dozens of strangers making the same approach into OSH.

At 9:05 a.m. we started our engines, and by 9:20 we were taxiing onto Runway 10 at Waupaca. Moving into position, I told myself to breathe, and not fall victim to the rush of adrenaline we’d been briefed about.

The 29 aircraft (26 Pipers, two Grummans, and a Cessna 172) seemed to take up half the length of the runway. My lead launched; I counted to five and pushed the throttle in. My lead’s airplane, a Cherokee 235, outpaced my 140 immediately and I had to call for him to dial it back. From that point, we functioned as a unit—a bit of a wobbly unit, because we were both newbies.

There was no more time to worry about learning your lines; there was only the flight, waiting for the call to switch to the Oshkosh tower frequency, and gauging the sight picture to make a smooth 180-degree turn from downwind to final to Runway 36L. I dropped in trail behind lead and plunked it down on the yellow dot.

We’d made it—no go-arounds and no near-misses, at least not by anybody in our crew. (Someone in a high-wing had bumbled in between the first and second ships in the Delta echelon, but the pilots spotted the interloper, dodged him, and called him out to the rest of the formation.)

At my parking space, I heard the storied volunteer greeting, “Welcome to Oshkosh!” The CtoO family exchanged hugs and high-fives before debriefing the flight. They’d told me repeatedly that a formation arrival was the best way to get into Oshkosh. I believe them, because I never again want to fly into the big show any other way.