Get the app Get the app
Get the latest news on coronavirus impacts on general aviation, including what AOPA is doing to protect GA, event cancellations, advice for pilots to protect themselves, and more. Read More
Already a member? Please login below for an enhanced experience. Not a member? Join today
News & Media Aircraft Maintenance: Electroluminescent panel repair
Sponsored by Aircraft Spruce

I’ve put a lot of sweat equity (and real equity) into my 1975 A36 Bonanza over the years. There is no way I could own such a great aircraft if I didn’t do so much of the work myself. Most recently, I completed a multi-year project to renovate my panel, adding an Aspen Evolution 1000 Primary Flight Display, L3 Lynx 9000+ ADS-B transponder, Avidyne IFD540/IFD440 and, finally, the production version of our own FlexAlert Multifunction Annunciator with gear lights. It’s been an exciting journey and quite humbling. I never imagined I would someday own and fly such a wonderful airplane, and not a day goes by that I don’t stop to appreciate that. 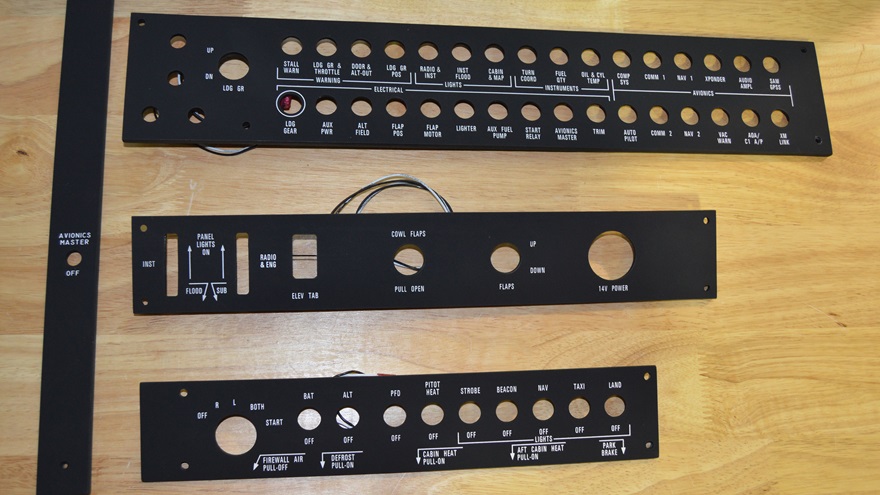 As I finished the Lynx installation, I sat back to admire my work when I realized that there was one remaining part of my project that was sorely in need of attention: the electroluminescent (EL) sub-panels that house the switches, flap/gear controls, and circuit breakers. Those internally lit panels had a variety of issues. They were warped and cracked, they had labels attached where the circuit breakers had been changed, and the center panel no longer illuminated at all. It was time for a change.

When they’re working, EL panels are beautiful and effective. Internal lighting makes text and labels appear to glow, making it easy for the pilot to read switch identifications, placards, etc. Unfortunately, EL panels are fairly expensive to produce, which is why they aren’t found on every aircraft design. And, they don’t last forever.

I decided to reach out to Steve McKinney, owner of Air Capitol Dial in Wichita, Kansas. Air Capitol Dial is the go-to source for their unique services of repairing and restoring EL panels. Steve explained that they could repair the panels to look like new, while making any changes I needed at the same time. In my case, I needed some of the labeling changed to reflect the new switches and circuit breakers, as well as filling in some unused holes for options that my airplane did not have installed at the factory, such as the automatic gear extension system. While we were at it, I also removed the vertical switch panel that borders the avionics stack and asked Steve to give it the same freshen-up that the matching sub-panels had, adding my aircraft’s N number to the trim panel as a little bonus. 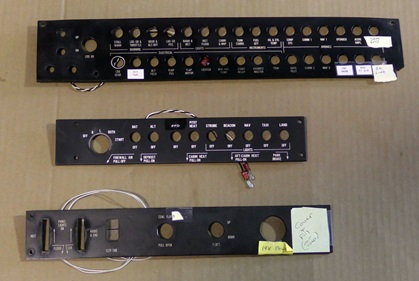 The parts I sent out had seen much better days. They were warped, cracked, and didn’t even match in color. What I received back was truly amazing. The parts looked brand new, and it was difficult to find anything on them that proved that they were the same parts I sent out. McKinney explained that the repair process involves shaving down the old plates, replacing the bulbs and repairing them, then adding a completely new veneer layer to the face of the panel with the new lettering. The result was spectacular!

Back at the aircraft, I carefully wired and installed the new panels. Ready for the moment of truth, I powered up the panel and turned on the sub-panel lights…and nothing happened. Disheartened, I began the diagnostic process.

EL panels are powered using alternating current (AC) power, similar to what we have in our homes. Converting the direct current (DC) power to AC requires an inverter. These inverters don’t last forever and mine simply couldn’t handle powering all three new panels (it was only marginally able to power the remaining two panels that were working before I sent them out for repair). Worse, that little 1”x 2” DC/AC inverter cost about $900 new from Textron (Beechcraft) and $500 on the used market! Time for some creative research.

Fortunately, UMA came to the rescue. They have a line of certified EL instrument lights that are powered by their own FAA/PMA inverter that can be used as a direct replacement for the original Beech part. At a cost of about $70, it was a much more reasonable option.

I installed the new inverter, held my breath, and fired up the panel again. This time all three sub-panels came to life with brilliant, glowing text. If you fly an aircraft with EL panels that aren’t performing as they used to, I highly recommend making the investment and using the opportunity to improve on what you have. It certainly made a big difference on my aircraft. Until next time, happy flying!