Get the app Get the app
AOPA will be closing at 2:30pm ET Wednesday, November 23rd, and will remain closed Thursday and Friday in observance of the Thanksgiving holiday. We will reopen Monday November 28th at 8:30am ET.
AOPA Members DO more LEARN more SAVE more - Get MORE out of being a pilot - CLICK HERE
News & Media Aerion engine makes progress

GE Aviation announced it has completed the initial design of the first supersonic engine purpose-built for business jets. The new engine—the GE Affinity turbofan—is optimized for supersonic flight and timed for the launch of Aerion’s AS2 supersonic business jet. The next design review is targeted for 2020, when detailed design and test article production will begin. 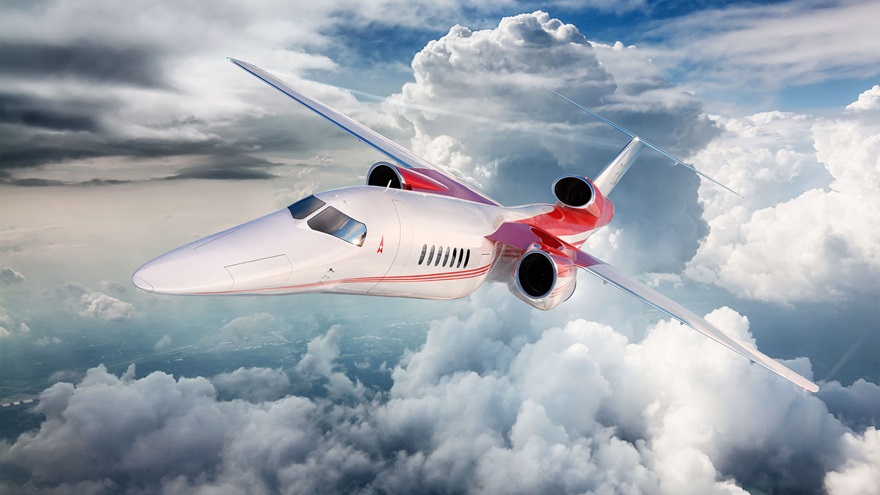 Image courtesy of Aerion Supersonic
The Affinity is a new class of medium bypass ratio engines that have balanced performance across supersonic and subsonic flights, according to an Aerion press statement. The engine will do this as well as meet stringent Stage 5 subsonic noise requirements and beat current emissions standards.

“In the last 50 years, business aircraft speeds have increased by less than 10 percent,” said Brad Mottier, GE vice president and general manager for Business and General Aviation and Integrated Services. “Instead of going faster, cabins have increased in size and become more comfortable—and range has become longer. With large, comfortable-cabin, long-range aircraft in the marketplace, the next step is speed . . . made possible with GE’s Affinity.”

Aerion is also collaborating with Lockheed Martin and Honeywell to develop the AS2. Aerion CEO Tom Vice says that first flight of the AS2 will be in 2023, with certification to follow in 2025.

AOPA Pilot Editor at Large
AOPA Pilot Editor at Large Tom Horne has worked at AOPA since the early 1980s. He began flying in 1975 and has an airline transport pilot and flight instructor certificates. He’s flown everything from ultralights to Gulfstreams and ferried numerous piston airplanes across the Atlantic.
Go to Thomas A. Horne's Profile
Topics: Jet, National Business Aviation Association