Get the app Get the app
Get the latest news on coronavirus impacts on general aviation, including what AOPA is doing to protect GA, event cancellations, advice for pilots to protect themselves, and more. Read More
Already a member? Please login below for an enhanced experience. Not a member? Join today
News & Videos ICAO conference calls for medical, regulatory reforms

Member countries attending the ICAO event Oct. 9 through 19 also supported IAOPA ’s recommendation that the well-being of general aviation be acknowledged as crucial to developing the next generation of aviation professionals. They affirmed that it is “to the advantage of States to assure that any impediments to GA’s continued strength and existence” be minimized.

ICAO is one of 15 specialized United Nations agencies, and was founded in 1944 to work with member states and industry groups to reach consensus on international civil aviation standards, practices, and policies to support a “safe, efficient, secure, economically sustainable and environmentally responsible aviation sector.” The conference’s theme, “From Development to Implementation,” emphasized improving aviation-system operations “from the conceptual phase until deployment,” and stressed the need for guidelines that are conceived globally, developed regionally, and implemented locally “based on specific operational requirements in a cost-effective manner.”

IAOPA’s proposals highlighted the need for ICAO to develop a standard that recognizes and accommodates actions member states have taken to eliminate medical-certification bureaucracy and manage costs, such as the BasicMed program the United States enacted in 2017.  Approximately 36 countries have reformed their medical standards for GA pilots, said IAOPA Secretary General Craig Spence.

The acceptance of IAPOA’s working papers proposing the medical and regulatory actions will place the proposals before the ICAO Council, a 36-member body that directs the work of ICAO, and its Air Navigation Commission, to gather data and perform regulatory analyses, probably in the first quarter of 2019, said Spence.

Favorable action from those bodies would bring the proposals before the ICAO Assembly, a meeting of all ICAO member nations, scheduled for September 2019, where decisions on final approval and resource allocation would be made. 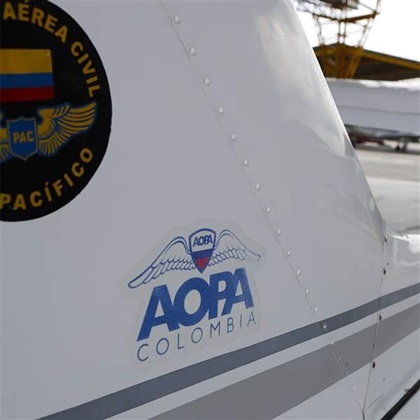 Spence noted that support for bringing the medical proposal up for discussion at the conference came from the delegations of Colombia, Italy, and South Africa, with additional backing from the United Kingdom, Denmark, The Netherlands, Germany, France, Mexico, Ecuador, and The Philippines.

“The support that the proposals received recognizes that general aviation is an enormous economic driver and plays a significant role in the world’s transportation sector,” he said, noting that ICAO “is recognized around the world for its work setting standards and supporting advances in aviation.”

According to the working paper on medical certification, “A new medical Standard would contribute to new pilot starts and help bring lapsed pilots back while improving safety and helping to revive a State’s general aviation sector.”

On promoting the growth of member states’ GA sectors, the conference backed supporting GA through regulatory changes and by leveraging national aircraft owner and pilot associations as industry liaisons. They noted that GA’s economic impact on the aviation sector at large, and on communities, “is rarely well understood,” with the result that some countries have been unable to modify regulations typically aimed at commercial operators.

To increase understanding of GA’s role, and to address “the growing personnel shortage in world-wide civil aviation,” the members endorsed ICAO initiating efforts to “enact measures to build and/or rehabilitate their GA sector,” proffer “differentiated” regulations “proportional to the risks presented by GA versus commercial air transport,” and encourage countries that have a national Aircraft Owners and Pilots Association “to consider using their AOPA as an industry consultative body on GA matters.”