Get the app Get the app
Already a member? Please login below for an enhanced experience. Not a member? Join today
News & Media Continuing education

Earning a private pilot certificate is a singular achievement—but it’s not the end of the story. A freshly minted pilot certificate is simply proof that someone has performed selected tasks to recognized minimums on a particular day. It is the rare newbie pilot who doesn’t harbor some fears, or at least lack confidence, in some areas of flying. Crosswinds might make you uneasy, or you may want to cancel the flight any time you see a cloud in the sky. Other common areas of shaky skills include short- and soft-field operations, operating at gross weights, high density altitude operations, cross-country navigation without electronics, and emergency operations. The good news is that only a few more hours with an instructor focusing on specific areas will fine-tune those skills. 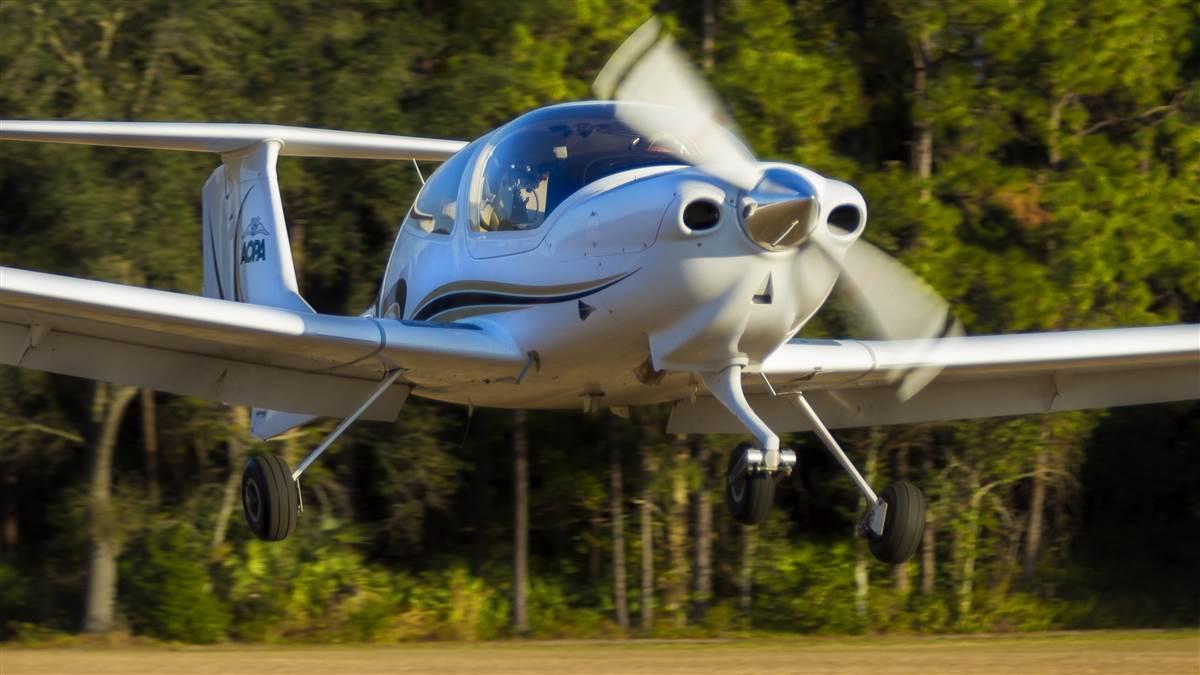 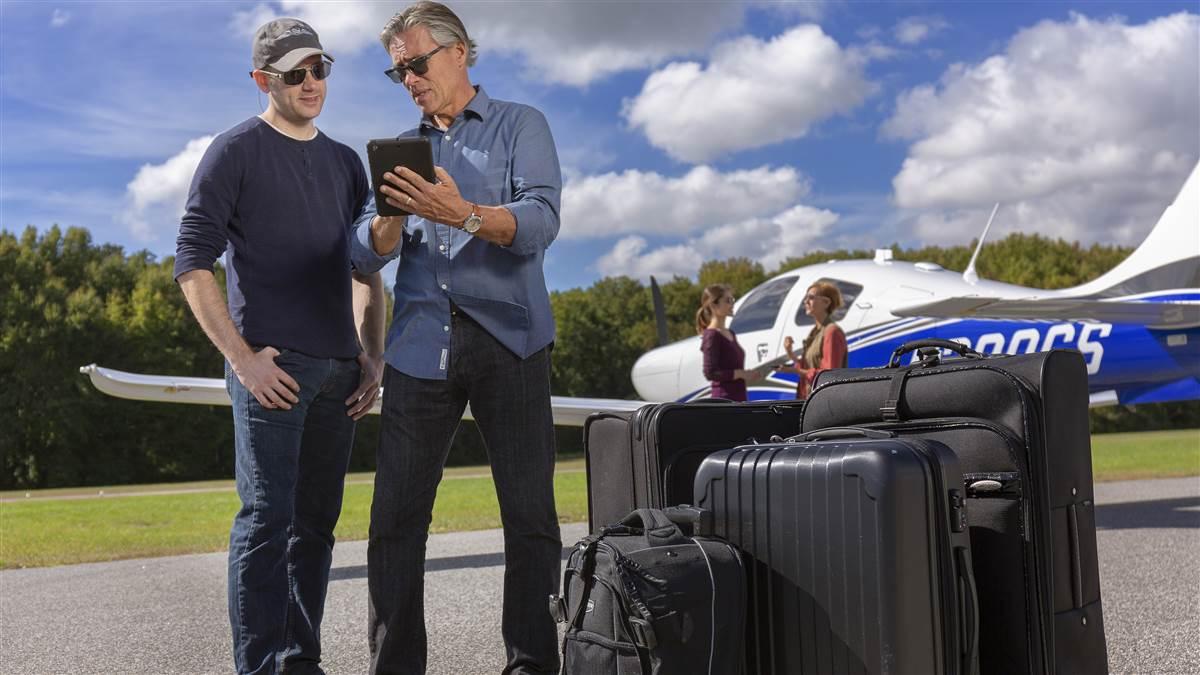 What will you do with your newly honed skills?

Operating at gross weight: Take your friends on a trip (and let them pack a bag).

Emergency operations: Be prepared—just in case.

Some new pilots are reticent to admit they are concerned about, or even afraid of, certain aspects of flying. Good CFIs welcome it when a student comes to them with problem areas already defined. A pilot saying, “Crosswinds make me super nervous” or “I don’t know what to do in marginal weather” automatically defines the lesson goals.

To tackle your own personal boogeyman, sit with your CFI, outline your areas of concern, and set up a course of training aimed specifically at those areas. It generally takes no more than a couple hours in each area to build the skills and confidence you need.

In some parts of the country, a new pilot can handle crosswinds superbly because every training flight had a crosswind on landing. In other geographical locations, a student might run right up to the checkride never having flown in a significant crosswind. Crosswinds are a fact of life, and the cure for crosswind dread is to stare them in the face and learn to handle them. Once you take a few hours of concentrated crosswind practice, you’ll find a lot more flyable days on your calendar.

Tiptoe into crosswind training. Don’t let the instructor toss you into the deep end too early by finding the nastiest crosswind available. An hour with mild, but noticeable, crosswinds will fine-tune the skills that private pilot training gave you. Then go looking for the nasty winds. And, don’t worry: The CFI knows the airplane’s limitations and won’t put you in out-of-limits situations. The goal is to learn how to select the exact attitude that crosswind requires in flare and develop the skill to doggedly hold that attitude with firm, precise control movements. No control thrashing allowed.

This is another training area that can be regional. On the East Coast, students learn to deal with low ceilings and visibility early on because they are an integral part of the environment. In the West and Southwest, if there’s an overcast at 3,000 feet and visibility is less than 10 miles, no one bothers flying because they know the sun will be out tomorrow. And, if Southwest weather really is marginal, it’s wise to stay out of it because the clouds and haze can disguise mountains. Using your pilot certificate to travel means learning to read and cope with a variety of weather patterns. 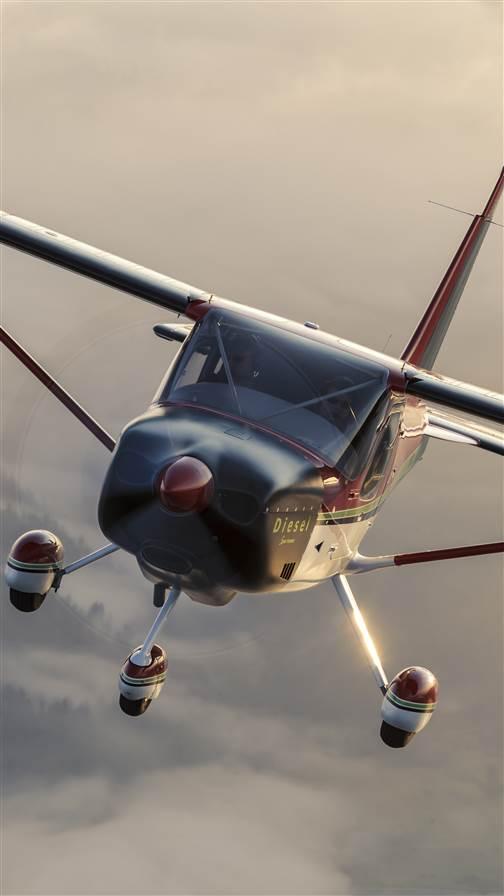 The window is narrow between flying successfully in marginal weather and not respecting lowering ceilings and visibility. The nearest airport buttons on a GPS can be as much of a threat as a savior: That button tempts a pilot to push into marginal weather thinking It’s only five miles rather than utilizing a 180-degree turn as a survival maneuver. The goal of taking training in lower-than-normal visibility and haze is to experience what it looks and feels like—while, at the same time, gaining an understanding that there is no destination that warrants pushing too far into weather. The end game is learning to recognize when an early 180-degree turn is warranted.

A “short” runway is open to interpretation. It is usually just a runway that is shorter than most pilots are used to. It is also defined by the type of airplane, the load, the approaches, and the environment. For the ubiquitous Cessna 172, a 2,500-foot runway with trees at the end located west of Denver during the summer is far shorter than the same airplane on an 1,800-foot runway with good approaches outside of Atlantic City, New Jersey. For that reason, the graduate school training should be in the airplane the pilot expects to fly in that environment. Plus, some approaches should be flown to actual “short” runways. Trying to land on the first 1,600 feet of a 6,000-foot runway is one thing; turning final to an 1,800-foot runway for the first time is something entirely different.

If you rely too much on modern avionics, schedule a couple of short cross-countries to navigate using nothing but the compass, a watch, a sectional, and a pencil.However, there are very few normally available general aviation aircraft that can’t be easily operated out of less than 2,000 feet in normal conditions. The zero-wind ground roll for many small general aviation airplanes is 500 to 700 feet. Adjusting short-field techniques will help you operate on some truly short runways, which for this discussion we’ll define as less than 1,500 feet.

During private pilot training, especially in four-place airplanes, a student seldom has the opportunity to experience the airplane’s change in character when at gross weight and in aft center-of-gravity configurations. Still, the first thing a new pilot does is invite his/her friends out to go flying.

Many pilots see density altitude as purely an intellectual concept. At gross weight, an airplane handles differently, with a longer takeoff roll, shallower climbs, and faster touchdowns. And adding passengers to the rear seat shifts the center of gravity aft, further affecting its handling.

One hour of CFI time spent operating at full gross (invite your friends as ballast), preferably during the summer, is time well spent.

Many pilots see density altitude as purely an intellectual concept. In the West it is a real deal—especially during the summer. A 5,000-foot-elevation airport will perform as if it is at 5,600 feet density—its density altitude—on a 50-degree Fahrenheit morning. However, if it hits 100 degrees the same day, which is common in the West, the density altitude will be 8,400 feet. Flagstaff, Arizona, which is at 7,100 feet msl, will be just above 11,000 feet density altitude at 100 degrees F. The effects of density altitude on performance need to be experienced to be believed—nothing about your faithful aerial steed’s performance remains unchanged. An hour or two briefing and flying high-altitude techniques such as leaning for takeoff, flying with a lower takeoff weight, and patience during takeoff and climbout is worthwhile. High density altitudes can be simulated at lower altitudes by using limited power on takeoff. Don’t overdo it, however.

VORs, handheld GPS units, and glass cockpit multifunction displays are common in modern cockpits. But if a handheld’s batteries die or there’s an electrical failure, it’s back to old-fashioned pilotage (flying by ground references) and dead reckoning (heading, time, and groundspeed). If modern avionics have allowed you to rely too much on the instrument panel, schedule a couple of short cross-countries to navigate using nothing but the compass, a watch, a sectional, and a pencil. One trip should be flown at lower than normal altitudes, 1,000 feet agl or less, so the view of topographical references is limited. One old flight training tool is climbing into the airplane without the student knowing where they are going. Once off the ground and at about 500 feet, the student is told the destination, given a sectional and a pencil, and told to fly to that destination. The flight is flown at 1,000 feet or less and simulates getting caught under weather with no working avionics.

Airplanes are nothing more than expensive assemblages of parts just waiting to fail. At least that’s the way they should be viewed. Possible failures range from the engine quitting or a partial power failure to losing elevator/rudder/aileron control.

There’s a narrow margin between learning to fly in marginal weather and gaining too much confidence so you don’t respect lowering ceilings and visibility. To better prepare for emergencies, schedule at least three hours of grad time in which you must deal with everything you can think of that can go wrong. These failures include all systems failures and making engine-out landings from different phases of takeoff and cross-country flight. This exercise is based on the aviation adage: “Don’t let your airplane go somewhere that your brain hasn’t been to before.”

As you work your way through the various aspects of flight training grad school, you’ll automatically know when it’s time to move on to the next maneuver or situation, because you’ll realize that you can deal with everything that’s happening. The entire course won’t be much more than 10 hours of flying, which is cheap insurance and will get your flying career off to a much better start.

Out of the box

Taking a flight review every 24 months is a requirement for most pilots. It also is an opportunity to hone skills or zero in on piloting areas needing some brush-up—but setting up a flight review that satisfies regulatory requirements and also includes ground and flight activities tailored to those training goals isn’t always practical.

That obstacle has now been removed: The AOPA Air Safety Institute, in collaboration with industry partners, has introduced the Focused Flight Review, a series of ready-to-use scenarios complete with preflight study material and flight profiles that focus on a variety of familiar operational areas. Built into each scenario are ways to improve fundamental stick-and-rudder skills, decision making, understanding of aircraft operating envelopes, technologies, aircraft performance capabilities, and loss-of-control avoidance.

“Don’t just wait for your next flight review, try this any time,” said AOPA Air Safety Institute Executive Director Richard McSpadden. “It’s easy to select the flight profile that focuses on your needs from the Focused Flight Review website. Before your flight date, share the profile with your CFI, and review the preflight materials. Then fly your Focused Flight Review.”

Positive Aircraft Control: To help you gain a better understanding of real-world reasons for in-flight loss of control and to improve your ability to maneuver safely in dynamic flight environments.

Weather and CFIT: To assess and improve your weather planning and decision-making skills, particularly with respect to continued VFR into IMC, and to increase awareness of CFIT accidents, common causes, and avoidance techniques.

Fuel, Engine, and Other Systems: To augment your understanding of critical aircraft systems, their operation, and common problems encountered while improving your responses in emergency situations.

Instrument Proficiency: To assess and improve your ability to operate safely under instrument flight rules under IMC during normal, abnormal, and emergency situations.

Takeoffs, Landings, and Go-Arounds: To assess and improve your knowledge of, and ability to operate safely from, runways of different sizes and surface types, under varying light and weather conditions.

Mountain and Backcountry Flying: To assess and improve your ability to fly safely in mountainous areas and operate to/from mountain airports with limited facilities.