Get the app Get the app
Already a member? Please login below for an enhanced experience. Not a member? Join today
News & Videos Five Questions: Anthony Oshinuga 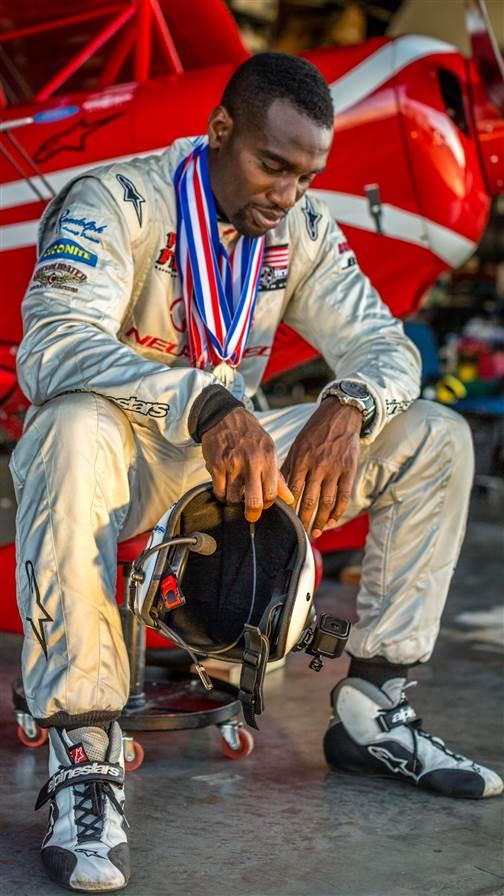 He’s the first African-American pilot to compete and podium-finish in the National Championship Air Races in Reno, Nevada (two second-place finishes) and performs in airshows across the country in his aerobatic Pitts S1S. His challenging upbringing in California (“I grew up poor,” he says) did not deter him from his dream to fly. He currently has 2,500 flight hours. He recently established AirOshi, an aerial tour company that takes visitors over the French Valley wine country in his Cessna 170A.

How did you get started in aviation? I was introduced to aviation at the age of 5 and toyed around with RC model airplanes but I didn’t get my feet wet until about 16. I saw Top Gun at age 12 and said I was going to be a fighter pilot but my mom shut me down—I was heartbroken.

What were your early challenges? Locating funds to fuel my passion. I later discovered that passion was the fuel I needed. There were not many outlets in the community I grew up in that offered aviation-related camps or educational opportunities and it was challenging to find a mentor.

What is your favorite aviation activity? Aerobatic flying in a Pitts S1S and adventure flying in a tour aircraft capable of hauling camping gear in the event we find ourselves flying across a dry river bed to pitch our tents for the night.

What is your favorite aircraft? There’s a few. But my all-time favorite would have to be the P–51 Mustang. Next to the Mustang I would say the Avenger.

What advice do you have for students? You chose this road—it’s not going to be easy. There will be speed bumps along the way—you know this is true. Don’t get down if things don’t go your way. When you’re stuck in a rut, utilize the many resources that are out there.