Get the app Get the app
AOPA Members DO more LEARN more SAVE more - Get MORE out of being a pilot - CLICK HERE
News & Media Technique: Crosswind taxi tips 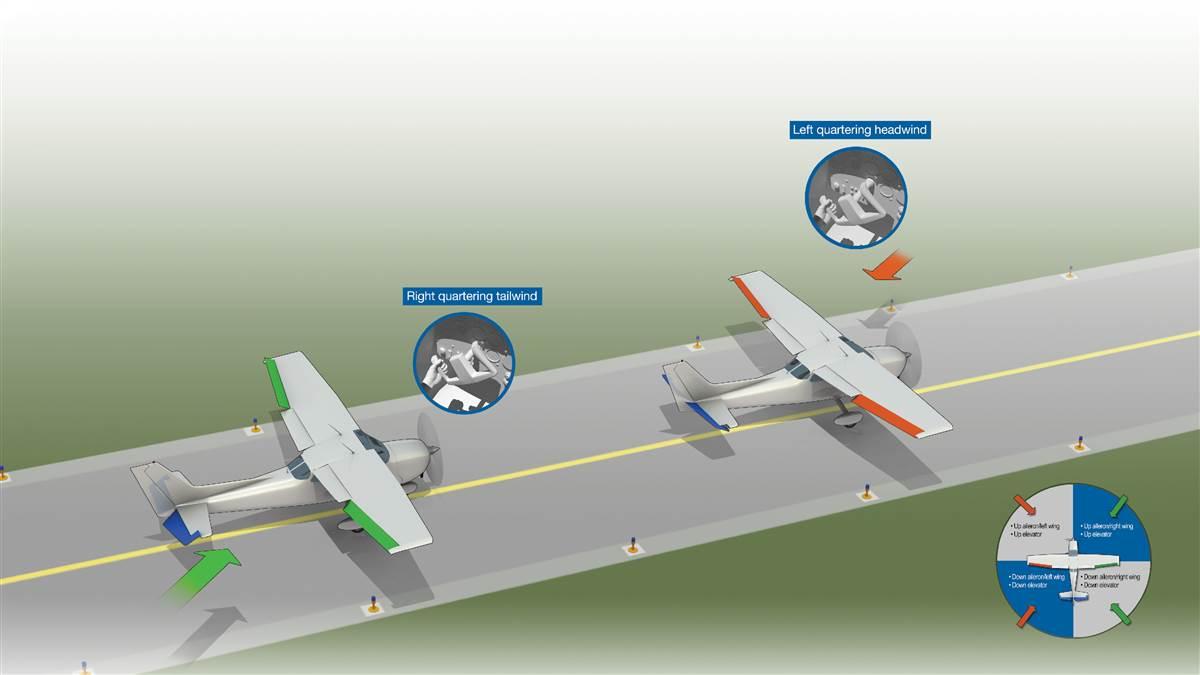 Click on image to enlarge.
Illustration by Charles Floyd

What if there’s no windsock?

There will be times you can’t see a windsock while you’re taxiing. No sock, no problem. Watch the movement of flags, grass or other plants, or smoke to assess wind direction.

And be sure to make appropriate changes to your control inputs as your taxi direction changes—the wind will be greeting you from a different angle.

One of the first things a student pilot learns in flight training is that the rudder pedals—and not the control yoke or stick—are used to turn the airplane on the ground. One hand will operate the throttle to control your speed. Is the other hand simply on a short vacation as you guide the aircraft to the end of the runway?

Not in the least. In no-wind conditions, the ailerons and elevator have little or no effect on directional control if you’re taxiing at an appropriate speed. In this case the yoke should be held in a neutral position. But moderate or strong headwinds, especially when combined with a strong propeller slipstream, can create a lifting action on the horizontal tail surfaces. To compensate for this, pull back on the elevator.

If you’re taxiing with a quartering headwind, the wing on the upwind side—the side from which the wind is blowing—can be raised by the wind if the upwind aileron is not held up, reducing that lifting action. Some texts and instructors will say to point your thumbs into the wind, because your thumb points up when you hold the yoke. But it’s easier to remember if you think, climb into a headwind.

Taxiing with a quartering tailwind, hold the elevator down to keep that wind from getting under the tail (and wings); too much uncompensated wind from behind can nose the airplane over. And hold down the upwind aileron. In other words, dive away from a tailwind. Proper crosswind taxi corrections will help to minimize weathervaning, which makes the airplane easier to steer.

Climb into a headwind, dive away from a tailwind. Control positioning during taxi is as easy as that. 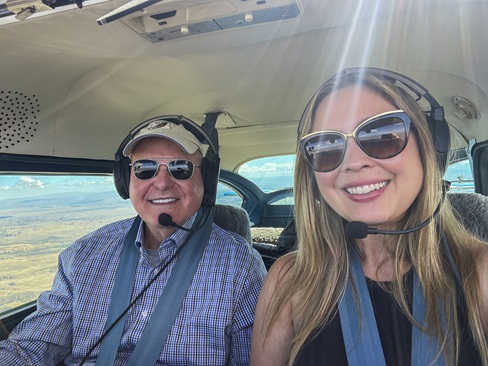