Get the app Get the app
Already a member? Please login below for an enhanced experience. Not a member? Join today
News & Videos 2018 Election Update: GA supporters in Congress 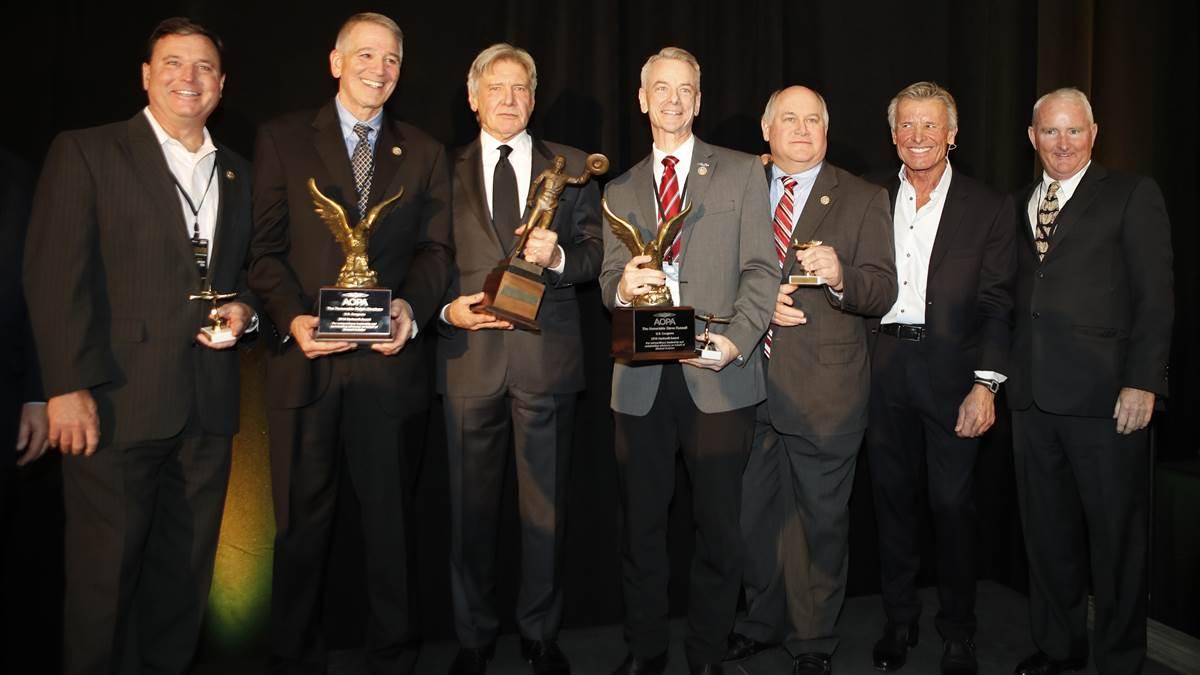 Every vote counts—protect and defend your right to fly with a vote for those who support GA.

Since the presidential election of 2016,much has happened in Washington, D.C., that affects general aviation. At the forefront was a nearly two-year battle against the airlines, which were seeking to control our nation’s air traffic system. Thankfully, AOPA was successful in defeating this misguided proposal, which would not have sped up the modernization of our air traffic control system or fixed delays in the system that are mainly caused by airline scheduling and weather events.

It was one of the toughest battles and biggest threats ever to general aviation. While this battle is now behind us, we are looking forward to advancing our aviation system for all users.

We also worked closely with Sen. Jim Inhofe (R-Okla.) and others to secure passage of legislation that created the implementation of BasicMed, and in just more than one year there are 40,000 pilots using the new program. We believe this is one of the most significant and positive reforms for general aviation pilots in decades.

It was the engagement of our AOPA members and our experienced advocacy team working with our strongest allies in Congress that made these efforts successful. This hard work has been noticed and AOPA has been named one of the top 50 advocacy associations in Washington, D.C.

As the 2018 midterm elections approach, it’s worth noting some of general aviation’s most active supporters in Congress. AOPA is effective on Capitol Hill because legislators know that our members are engaged in the political process and feel strongly about issues important to aviation.

At the 2018 R.A. “Bob” Hoover Trophy Awards, AOPA honored members of Congress who work on the key issues that matter to pilots. Two congressmen in particular, Reps. Steve Russell (R-Okla.) and Ralph Abraham (R-La.), were recognized for their work on behalf of pilots, especially their opposition to the so-called privatization of air traffic control. Both stood up and opposed the controversial proposal. Like all members of the House, they both are up for reelection.

“There are a number of loyal supporters that aviation can count on in Congress, but over the past year Russell and Abraham stood out and led the charge against giving ATC away to the airlines,” said AOPA President Mark Baker.

Russell was first elected to Congress from the fifth congressional district in Oklahoma, which includes Oklahoma City. He spent 21 years of his career in the U.S. Army and was deployed to Iraq and Afghanistan. A pilot and a member of the House General Aviation Caucus, Russell has been instrumental in supporting GA causes and supporting ways to address the pilot shortage. His constituency includes the FAA’s Mike Monroney Center. “Airspace belongs to ‘We the people’—it doesn’t belong to anybody else,” Russell said.

Also a member of the House General Aviation Caucus, Ralph Abraham was elected to Congress from the fifth congressional district of Louisiana in 2014. Prior to his service in Washington, Abraham spent most of his life as a practicing physician, veterinarian, business owner, farmer, and pilot. Also a veteran, he served as a first lieutenant with the 20th Special Forces Group Airborne Division of the Army National Guard from 1986 to 1989. Having accumulated more than 3,000 flight hours, Abraham is a commercial pilot and certificated flight instructor, flying airplanes and helicopters. He is also a mission pilot for the Civil Air Patrol’s Green Flag program. Abraham has been an ally in keeping the Santa Monica Municipal Airport open.

We would also be remiss if we did not mention Rep. Todd Rokita (R-Ind.) who will be retiring from Congress at the end of this year. He is an active pilot, AOPA Hartranft Award recipient, and strong supporter of general aviation during his time in the House of Representatives.

Advocates for a better GA

AOPA supports federal candidates through the AOPA Political Action Committee, an independent fund of voluntary, personal contributions. By federal law, no AOPA dues money is used to support the PAC. The AOPA PAC has contributed to 172 members of Congress over the past two years based on their support and actions on behalf of general aviation. AOPA works with whomever the American people vote to represent them in the U.S. Congress, both Republicans and Democrats. Our mission is to advocate for the betterment of general aviation. While there are several hundred members of Congress who support general aviation, these are 56 senators and members of the House of Representatives who were honored with the AOPA Freedom to Fly Award in 2018 for their work and strong efforts to protect and advance general aviation: