The right diagnosis and response could save your life

The owner of a 2007 Cessna Turbo Stationair (T210H)—I’ll call him Chuck—based in Aspen, Colorado, recently emailed me. “I am terrified of the turbocharger,” he wrote. “There have been several fatal accidents in Cessna T206s and T210s caused by turbocharger failures. Worse, there does not seem to be any way to determine the condition of the turbocharger or wastegate other than visual inspection during an annual. Even then, it doesn’t seem as if we can tell much about turbocharger condition by simple visual inspection.” 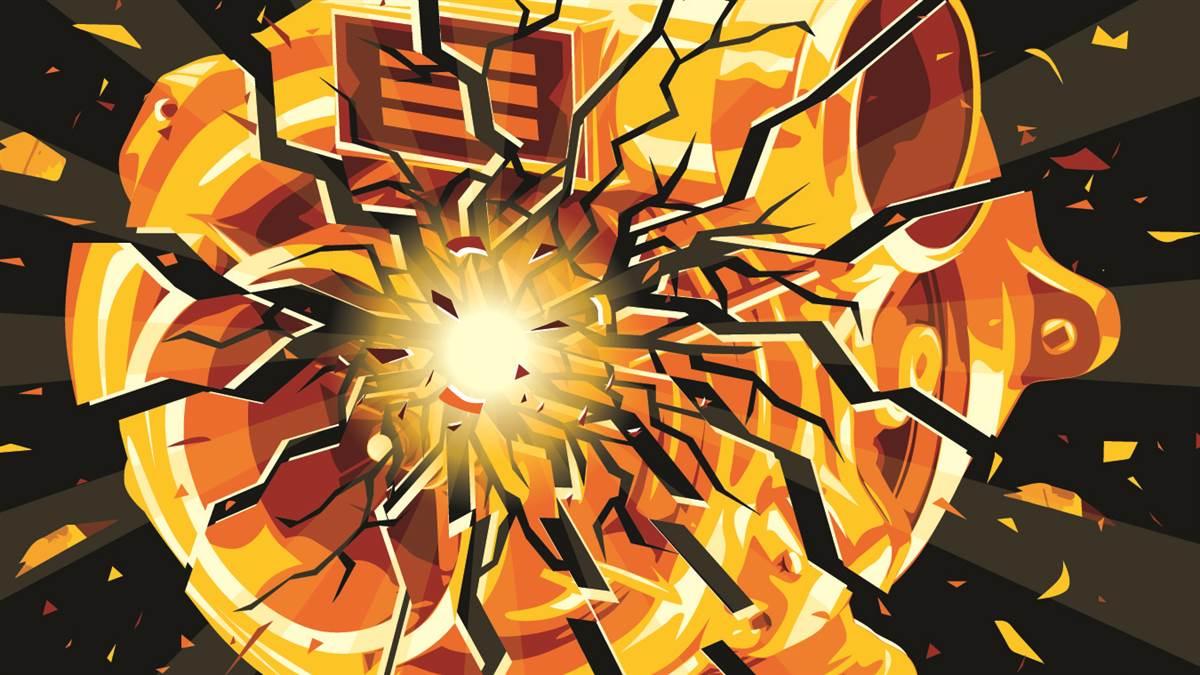 I’ve been flying behind turbocharged engines for more than 30 years and a turbocharging system is nothing to be frightened of, provided that it’s inspected and maintained conscientiously. I experienced an in-flight turbo system failure in my own airplane several years ago and it was no big deal: The engine simply reverts to being normally aspirated.

Chuck offered his opinion that at least two fatal accidents of Cessnas involving turbocharger failure may have been caused by engine stoppage caused by an excessively rich mixture. He quoted the Emergency Procedures section of his T210H pilot’s operating handbook: “If the turbocharger failure results in power loss, it may be further complicated by an overly rich mixture. This rich mixture condition may be so severe as to cause a total power failure. Leaning the mixture may restore partial power.”

This is spot-on. The turbocharger is an exhaust-driven air pump that pumps pressurized air into the engine. If the turbocharger fails, the engine gets less air—and therefore needs less fuel to maintain a combustible mixture. Therefore, the pilot may have to pull back on the red knob to maintain engine power after the loss of turbocharging. This is true of any turbocharged engine, but it’s especially true of turbocharged Lycoming engines because of the design of the RSA fuel injection system used by those engines.

Pilots typically receive primary training in normally aspirated airplanes. During that training, a CFI pounds into our heads that in event of a power loss, we should shove the mixture to full rich, turn on the electric boost pump (if available), and switch tanks (if possible). That’s exactly the right thing to do in the event of an engine failure caused by fuel starvation or exhaustion. But it’s precisely the wrong thing to do in the case of turbocharger failure. If the turbocharger fails, the engine will be running too rich. Shoving the red knob forward and/or turning on the boost pump will only make it richer. We need to lean the mixture to restore power, something that’s the opposite of what our CFIs taught us to do long ago.

“The pilot said that during descent from 10,500 feet the manifold pressure dropped to 18 inches. He decided to land at a nearby airport. While diagnosing the problem, he turned on the boost pump and the engine lost more power. The cockpit began to fill with smoke. The pilot secured the engine and turned the electrical system off. He began a power-off descent over the airport and manually extended the landing gear. He thought he was too high, so he turned the battery on to lower the flaps. With electric power restored, the landing gear returned to the up position. The pilot again lowered the landing gear. Unable to reach the runway, he tried to re-start the engine on final approach, but did not have enough time. Subsequently, the aircraft impacted an up-slope about 300 feet short of the runway and crashed.

“An examination of the turbocharger revealed the turbine shaft failed due to multiple fatigue cracks. About 125 flight hours before the failure, the turbine shaft had been reworked (ground and chromium-plated), but not in accordance with the manufacturer’s specifications. Turbocharger malfunction was not addressed in the POH.”

There should no ambiguity between turbo system failure and a fuel system failure. To restart the engine after a power loss, Cessna’s POH explicitly directs the pilot to advance the mixture control to the rich position if restart does not occur. The NTSB determined the probable cause of this accident was: “Fatigue failure of the turbocharger’s turbine shaft due to inadequate maintenance, and the pilot’s improper in-flight planning/decision after experiencing a turbocharger failure. A factor related to the accident was the lack of information in the pilot operating handbook concerning turbocharger failure or malfunction.”

The Temple Bar accident resulted in two fatalities and three serious injuries. It prompted the NTSB to issue a safety recommendation asking the FAA to require the addition of turbocharger failure information to the Emergency Procedures section of pilot’s operating handbooks and airplane flight manuals for aircraft equipped with engine turbochargers—including procedures to minimize potential hazards relating to fire in flight or loss of engine power.

In its response to the NTSB, the FAA stated that it agreed with the intent of this safety recommendation but did not believe there was sufficient basis to issue an airworthiness directive requiring POHs and AFMs of turbocharged aircraft to be amended. The FAA did agree to require manufacturers to include turbocharger failure information in new AFMs going forward. In 1998, Cessna issued a “safety supplement” that addresses in-flight turbocharger failure.

Then, in January 2007, a Lycoming-powered Cessna T206H experienced a fatal crash near Homer Glen, Illinois, after its turbocharger failed. The NTSB cited the inadequate emergency procedures by the manufacturer as one contributing factor in the crash.

In June 2012, the NTSB finally threw up its hands and classified the NTSB’s safety recommendation as “Closed/Unacceptable Action” based on the FAA’s decision not to take the recommended action. In its classification letter, the NTSB stated it “remains concerned that, without the establishment of an FAA requirement, manufacturers of aircraft equipped with turbochargers still have not voluntarily included emergency procedures for turbocharger failures, and as a result, accidents and incidents continue to occur.”

In his email, Chuck asked me how a pilot experiencing power loss “can determine in a couple of seconds if he has had a fuel interruption problem (requiring boost pump and rich mixture) or a turbocharger failure (requiring leaning the mixture and no boost pump).” That is, of course, precisely the question that POHs should be addressing (but aren’t).

A turbo system failure results in a significant uncommanded loss of manifold pressure, with a concomitant perceptible loss of power, before the engine quits. A fuel interruption doesn’t do that—the engine just quits suddenly, without warning (as anyone who has ever run a tank dry can attest). Furthermore, an engine that quits because of a turbocharger failure continues to indicate fuel flow (too much, actually), while one that quits because of a fuel interruption indicates zero fuel flow. Thus, there should no ambiguity between turbo system failure and a fuel system failure if the pilot is paying attention. An unexplained loss of manifold pressure in a turbocharged engine plus the presence of fuel flow should be always be treated as a turbo system failure.

The question of how to respond to a turbo system failure is a bit more complicated. There are lots of things that can cause the turbo system to fail. Most of them are reasonably harmless if the situation is properly handled by the pilot, but one possible cause—a breach of the exhaust system—can be extremely serious and result in a pilot’s worst nightmare, an in-flight fire.

Therefore, in a turbocharged piston twin (like the Cessna T310R that I fly), an unexplained and uncommanded loss of manifold pressure plus continued fuel flow indication should provide the pilot good cause to shut down the engine in an abundance of caution, and then make a single-engine precautionary landing as soon as practicable. That’s precisely what I did when my airplane’s right engine sustained a turbo system failure in July 2014 while overflying Las Vegas at 13,000 feet. As it happened, there was no exhaust system breach, but I had no way of knowing that at the time I had to make my in-flight decision.

In a single-engine turbocharged airplane, shutting down the engine usually is not a viable option. The appropriate action is to restore partial (normally aspirated) power to the engine by leaning the mixture, and then land as soon as practicable using the minimum power necessary to accomplish that.