Get the app Get the app
We will be performing maintenance on our systems Sunday, 8/21, beginning at 12:00 A.M. ET and ending at 6:00 A.M. ET. During this time, you may experience intermittent service outages. We appreciate your patience.
News & Media Keeping the PROPs turning

Some 249 people gathered this spring at the Hilton Sandestin Beach Golf Resort and Spa—about halfway between Panama City and Pensacola, Florida—for an event that was too social to be a safety stand-down, reviewing technical information that’s more detailed than a type-club fly-in. 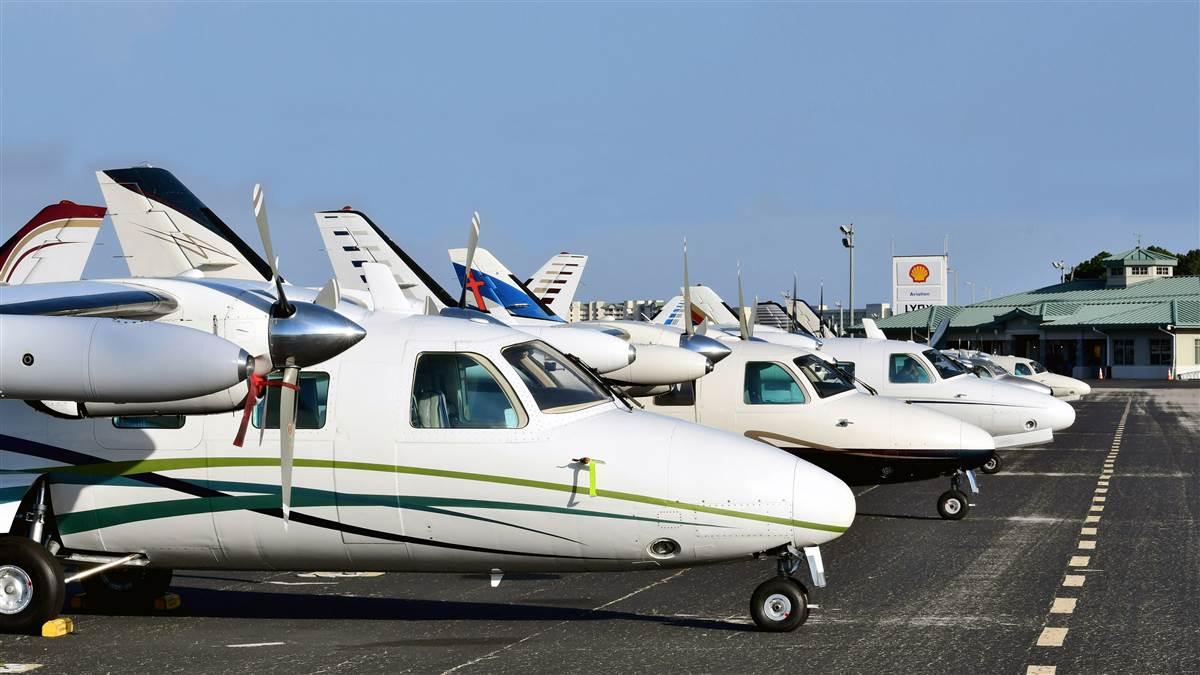 Some of the 41 Mitsubishi MU–2s that flew into Destin Executive Airport line the Lynx FBO ramp.
Photography by the author 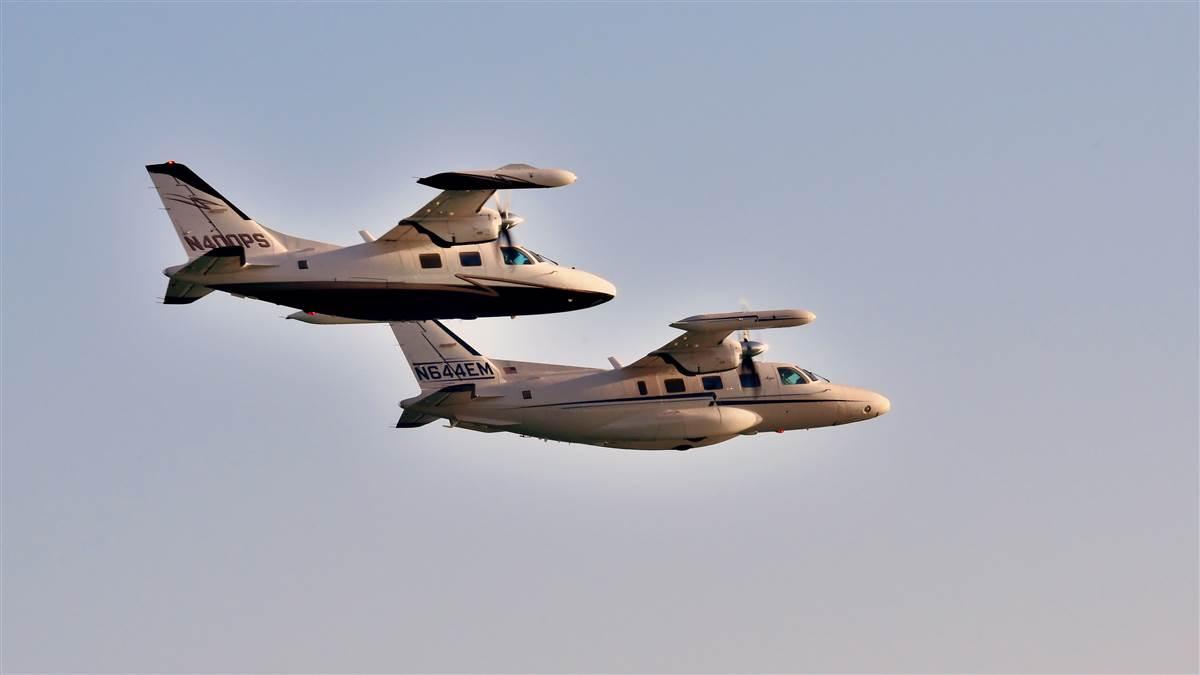 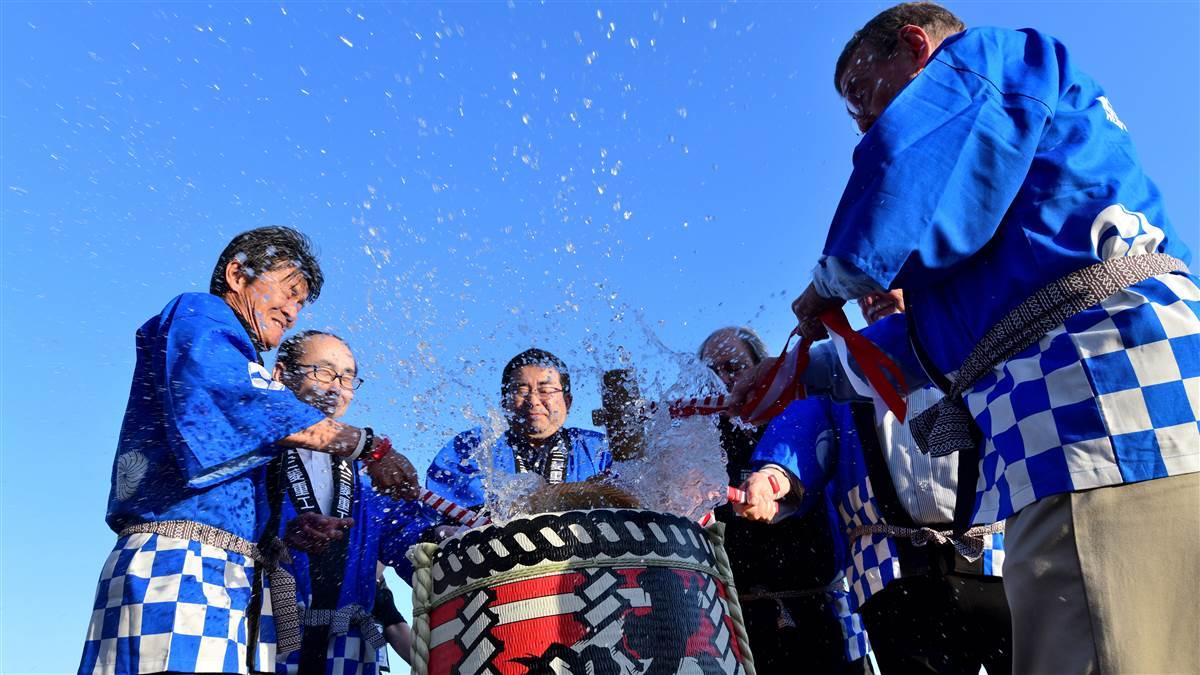 Mitsubishi Heavy Industries America executives use wooden mallets to open the lid of a sake barrel during a traditional kagami biraki ceremony at PROP 2018. 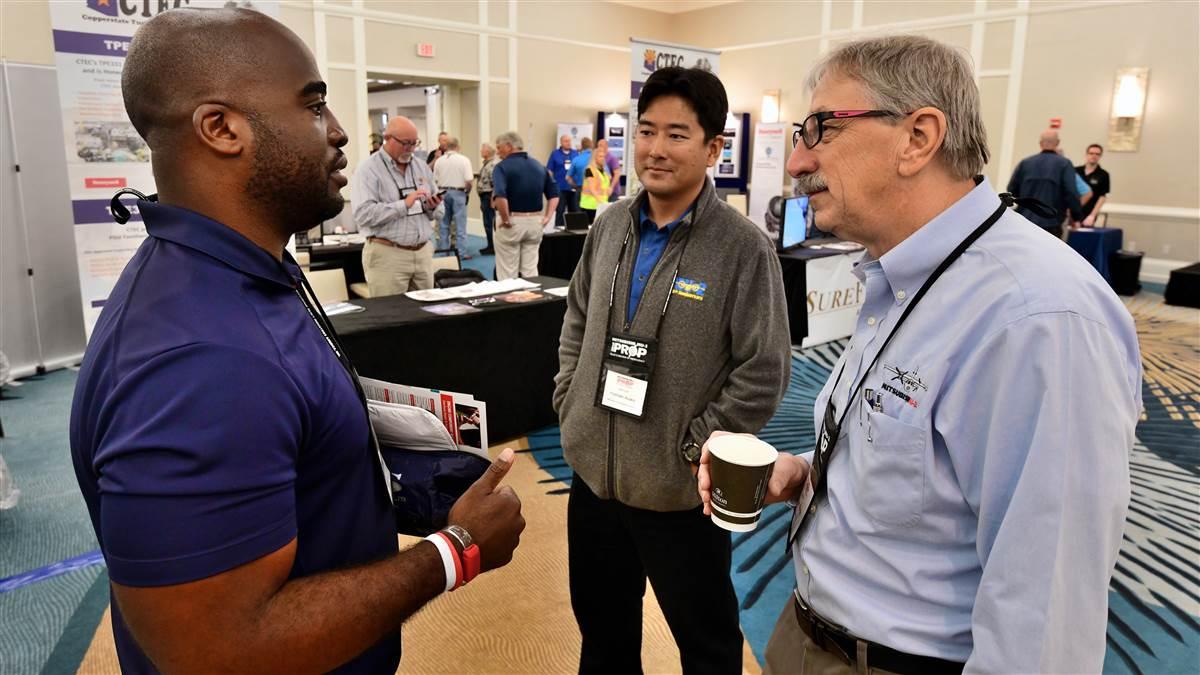 It could only be the Mitsubishi MU–2 Pilot’s Review of Proficiency (PROP), a unique event befitting this unique airframe. The first PROP was held in 1982 as both an MU–2 marketing effort and an aviation safety seminar; the one-day program was presented in 10 cities. But Mitsubishi discontinued production of the MU–2 in 1986, and PROP was suspended.

The event was resurrected in 1994 as a one-and-a-half day seminar—held in three U.S. cities and one in Europe—focusing on safe operation of the MU–2. PROP has been held every other year since then, typically at three U.S. locations. However, 2018 saw a change to a single three-day symposium featuring an expanded program. Mitsubishi Heavy Industries America said it is committed to producing the PROP seminars—there is no charge for attending, beyond travel and lodging costs—to promote safety by increasing the knowledge and proficiency of MU–2 pilots and operators. MU–2 ownership is not required to attend, and prospective owners frequently are in the audience.

PROP 2018 kicked off Wednesday, April 18, with workshops on airborne weather radar, the M4 autopilot, and icing awareness, as well as a pinch hitter program for nonpilot passengers.

On Thursday morning, Jeff Skiles, the co-pilot of US Airways Flight 1549 on January 15, 2009, spoke about ditching in the Hudson River after the Airbus A320 struck a flock of Canada geese climbing out of New York City’s LaGuardia Airport. Skiles emphasized training, preparation, and decision making to an intent pilot audience, and said pilots cannot be too prepared. “It was our training, our procedures, and our communication that allowed us to be successful,” he said. Skiles stayed at PROP the rest of the day, talking with pilots during breaks.

“MU–2s are equipped to handle some ice, but they’re not equipped to handle everything,” Sand said. Stratiform clouds usually will produce rime or mixed icing, but if you stay in it long enough, light icing eventually will become severe. “Always minimize exposure to icing conditions,” he said. In many cases a 2,000-foot altitude change will get you out of stratiform icing. And while it may seem counterintuitive, the highest liquid water content is at the top of a cloud—the largest water droplets are found there, as well.

Speed loss in cruise flight usually is the first sign of icing in an MU–2, Sand explained. “The longer you wait, the more you lose—even with all the systems working. Do something.” If you can’t maintain 180 knots, descend. “You have to keep the speed up.”

PROP included three accident analyses presented by Pat Cannon, president of Turbine Aircraft Services Inc. One was a composite of two different accident scenarios to increase the learning value. If full power is applied to an MU–2 that’s near stall speed and the pilot isn’t prepared, engine torque can cause the airplane to roll and enter an accelerated stall. “It’s difficult to recover from if you don’t have enough altitude,” he said.

A 2000 crash in Texas involved two pilots, each with fewer than 50 hours in the airplane; the insurance company had not required a mentor or safety pilot. “Even if your insurance company turns you loose, I encourage you to get a mentor pilot,” Cannon said. He suggests at least 25 hours for a new owner who has turbine aircraft experience, and at least 50 hours without turbine experience. “They’ve lost an engine on the ground prior to rotation. Is there anyone here who would take that airplane into the air?” No hands are raised.

Cannon also discussed a November 2013 accident in Oklahoma that claimed Perry Inhofe, son of U.S. Sen. Jim Inhofe. The left engine had shut down and its fuel appeared to be shut off; Cannon thinks the pilot might have been using an unauthorized checklist that called for a fuel transfer check on approach. “On approach is not when you want to be reaching under the panel,” he said; could the fuel valve have been shut off by mistake? “[The checklist] was not blamed or implicated in the investigation, but I think it was an important factor.”

With a slow airspeed and full power on the right engine, control was difficult. It’s hard to recognize an engine failure at flight idle, Cannon noted. “Request one during your next training session,” he suggested. “We don’t put enough emphasis on that.”

Robert Erlick, Honeywell’s pilot adviser for the MU–2’s TPE331 engines, said engine temperature is the most important factor in turbine longevity. “When we take bleed air out of the engine, the temperature goes up. Prior to selecting bleed air, reduce turbine temperature by 15 degrees Celsius.” He said that although the engine is designed to operate at 100 percent rpm, “We recommend 96 percent rpm for climb and cruise. At 100 percent you’ll get there a couple of minutes faster but you’ll decrease your engine life.”

Loss of control “is the biggest killer in general aviation,” said Rick Wheldon, vice president of Turbine Aircraft Services. Loss of control was identified as a cause or inferred in nearly two-thirds of fatal MU–2 accidents between 1986 and 2018, “most of them with both engines running,” he noted.

“Torque roll has entered the lexicon with the latest accident,” Wheldon added. Pitch is emphasized for stall recovery. “With the new training standards, power addition is delayed. That’s good.” And while rudder is not required for coordinated turns in the MU–2, it’s required for speed changes. The torque effect of added power with four-blade propellers makes the aircraft want to roll right; with three-blade props it will roll left. “Don’t add a lot of power quickly when you’re low and slow.”

In an autopilot stall, Wheldon said, the autopilot will trim nose up all the way to the stall, and just releasing back-pressure will not facilitate recovery. “You have to positively push forward on the stick. None of us are used to seeing this in our training.”

And this is exactly the information that the audience wants. Rich Weiner of Temecula, California, has had his 1978 P-model MU–2 for four years, and flies it about 125 hours per year. The six-hour weather radar workshop “was unbelievable,” he said. He learned that ice on the radome can cause erroneous readings. “And just because you see green, it isn’t always good. It could be dry hail,” Weiner added.

Barrington Irving flew a short-body MU–2 for a year and moved up to a long-body MU–2 in 2017 after considering a jet. “There is a swell of entrepreneurs coming up the ranks,” he said. “This airplane is a great solution. You’re not doing 380 knots but what you save for being 15 or 20 minutes behind is remarkable.” PROP helps him to keep up with best operating practices for the airplane, and to share camaraderie with other pilots. “This is an awesome group of guys and gals,” he said.

Michael Lawless of Morristown, New Jersey, recently sold his Beechcraft Bonanza A36 and attended PROP to learn more about the MU–2, which he said he could operate for less than a pressurized Beechcraft Baron 58P. “My ultimate goal is to end up in a jet one day, but obviously a turboprop is more reasonable and economical.” Lawless said PROP was reassuring. “And it shows that a lot of what you read on the web is misinformation.”

Veteran pilots appreciate the event, as well. John Richardson of Bellville, Texas, has been flying MU–2s since 1973, and he’s been to almost all the PROPs. “If you really want to keep up with the MU–2 and fly it professionally, you need to go to PROP. And you get to meet the community. Every time I go, I learn something,” he added.

Participation in the PROP seminar is not required by Special Federal Aviation Regulation 108, the 2008 rule that established training standards for the MU–2, and does not provide credit toward the required recurrent training, Richardson said. “Owners choose to go because they can learn something. The PROPs are good. I hope they continue to do them.”

Earle Martin of Houston, Texas, has flown MU–2s since 1989 and averages about 400 hours per year, most under his single-pilot Part 135 certificate. He has been to every PROP since 1994. “For me, PROP is a different kind of learning experience. So many different people can be there personally, to offer information and share their experience. You’re also not being judged, like a student in a simulator,” he explained. “I deal with one training provider, and one maintenance provider, all the time. This is a chance where all the different training and maintenance providers come together.”

And socialization is important, Martin added. “When you’re [flying] by yourself, it’s very important to get together with a group of pilots every now and then.” He finds the focused accident analysis very helpful.

Martin also attends to show Mitsubishi that if the company is supporting the airframe with an event like this, he will make the effort to be there. In fact, the MU–2 community is universal in its praise for Mitsubishi’s continued support of the long out-of-production airframe.

“Even though the MU–2 airplanes are out of production, MHIA will always stand behind its products and support their loyal MU–2 customers by continuing the effort to maintain the flight safety of the MU–2 fleet,” said Shigeki Abe, general manager of Mitsubishi Heavy Industries America’s Aircraft Product Support Division. He said MHIA is committed to MU–2 product support and flight safety and is planning the next Pilot’s Review of Proficiency program in 2020, which is expected to be held in Dallas, Texas.