Get the app Get the app
Get the latest news on coronavirus impacts on general aviation, including what AOPA is doing to protect GA, event cancellations, advice for pilots to protect themselves, and more. Read More
Already a member? Please login below for an enhanced experience. Not a member? Join today
News & Media ‘Flight Chops’ partners with Van’s Aircraft

YouTube social media influencer Steve Thorne, known as “Flight Chops” because of his distinguishable facial fuzz, is partnering with Van’s Aircraft in a “deal that’s been nearly 20 years in the making,” he announced March 29. 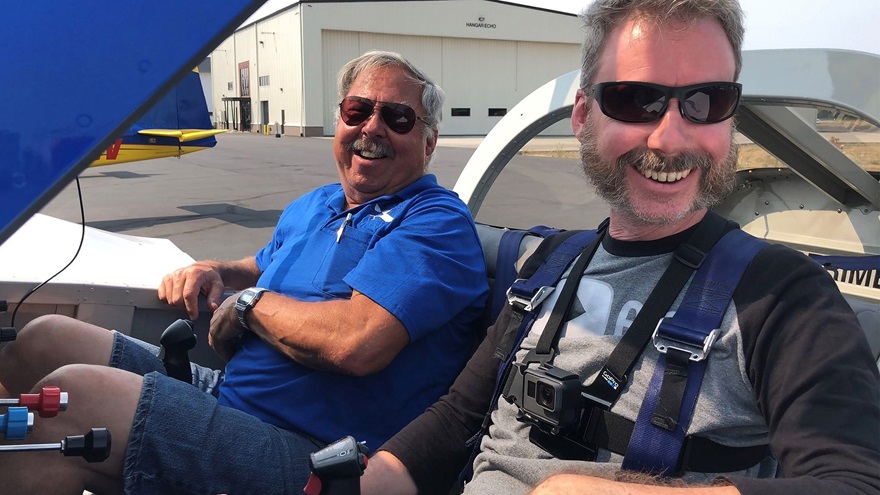 The plan is for a two-seat Van’s Aircraft RV–14 aircraft to become “the official aircraft of Flight Chops,” Thorne wrote on his website. The business relationship “will focus on creating new video content, telling the stories and documenting the experiences of building a Van’s RV–14 aircraft and then following the airplane on its flying adventures,” Thorne noted.

When Thorne met Van’s Aircraft kitplane founder Richard “Dick” VanGrunsven during an aircraft fly-off in 2018, he revealed that he had carried "a dog-eared photo of a Van’s Aircraft RV–7" in his wallet "since 2001.”

During the video segment that followed Thorne flying several Van’s Aircraft models, Thorne interviewed aircraft designer VanGrunsven about his daily aerial commute to the Aurora State Airport factory in a Van’s Aircraft RV–12 and got to know him better.

Thorne said owning a Van’s Aircraft airplane had been a dream of his for many years. “This is one of the first airplanes that I looked at seriously, thinking, ‘This is something I could own,’” he said on the video. The online host said training with Van’s Aircraft instructor Mike Seager during the fly-off was “supercool.” He added that it was “cooler still” that he flew five different RV models over the course of a weekend. 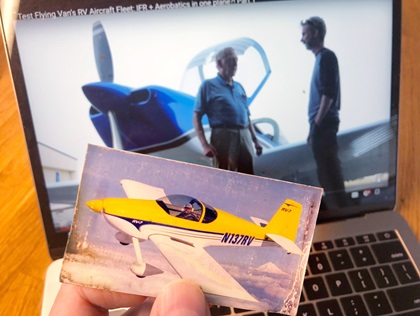 Thorne noted that learning “such a capable aircraft was both accessible and affordable" was inspiring to him. He added that meeting the aircraft designer “to discuss building and flying the RV–7’s big brother—the RV–14” was “very exciting and means a lot to me.”

Greg Hughes of Van’s Aircraft said the company “knew Steve had his eye on the RV–7 for quite some time.” During the YouTube influencer's visit to the Oregon factory, “that look in his eye as he pulled up after his RV–14 flight made it obvious that he had a new aviation love,” Hughes observed.

In his “Flight Chops” role, Thorne will document the RV–14 build and share “the real-world story of what it takes to build these awesome, fun aircraft,” said Hughes.

A news release noted that Thorne’s YouTube channel “has always been about a regular-guy private pilot working hard to chase his aviation dreams and follow in his grandfather's footsteps.”

Thorne said he was eager to add to that vision and intended “to be flying the aircraft within two years.”