Get the app Get the app
AOPA will be closing at 3:15pm ET Thursday, December 1st. We will reopen Friday morning at 8:30am ET.
AOPA Members DO more LEARN more SAVE more - Get MORE out of being a pilot - CLICK HERE
News & Media Piper unveils new trainers

While wildly successful in courting large university and airline training organizations to its full-featured trainer fleet, Piper Aircraft leaders saw a need for lower-cost options for “self-funded” flight schools. The company's solution was announced April 2 at the Sun ‘n Fun International Fly-In and Expo: the Piper Pilot 100 and 100i, trimmed down variants of the venerable PA–28 Archer TX. 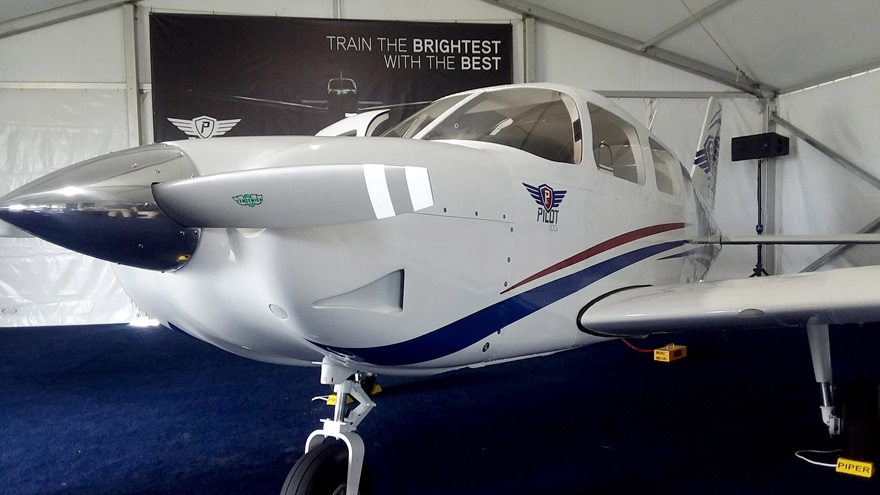 Piper Aircraft introduced the two-seat VFR-equipped 100 and three-seat instrument-equipped 100i models during an April 2 news conference at Sun 'n Fun. The trimmed down, lower-cost variants of the PA-28 Archer TX are aimed at flight schools and university aviation programs and are priced at $259,000 and $285,000, respectively. Photo by Alyssa Cobb.

Piper CEO Simon Caldecott said the new models are designed for smaller flight schools who want new airplanes. He said the training market is “no place for a light sport-derived anything.” Flight schools, he said, wanted an airplane with the durability and reliability of the Piper products, but at a price point affordable to local flight schools.

The Piper 100s swap the 180-horsepower Lycoming O-360 or optional fuel-injected IO-360 in the traditional Archer for a 180-hp Continental Aerospace Technologies IO-370 Prime engine, which comes standard with fuel injection. Inside, the Garmin G1000 NXi found in the Archer and most other aircraft used in airline training organizations is replaced by a lower-cost Garmin G3X Touch panel, which Garmin just announced last week was approved for certificated aircraft. The G3X Touch comes with one 10.6-inch display. Also, instead of four seats, the VFR-only 100 comes standard with two; a third is an option. The 100i, designed for instrument training, comes with the third seat standard and includes a Garmin GFC500 autopilot. In addition to the white fuselage with red and blue stripes, one can distinguish a 100 from an Archer because it has only two side windows instead of three. 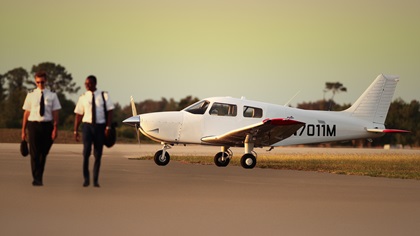 The company is planning a demo tour this summer to flight schools, seeking additional input before finalizing the design and beginning production. The first airplanes will be available in limited quantities starting in 2020. And they are not just for flight schools, Caldecott said. Individuals wanting a lower-cost option also can order one from the factory.

Contributor (former Editor in Chief)
Contributor and former AOPA Editor in Chief Tom Haines joined AOPA in 1988. He owns and flies a Beechcraft A36 Bonanza. Since soloing at 16 and earning a private pilot certificate at 17, he has flown more than 100 models of general aviation airplanes.
Go to Thomas B Haines's Profile
Topics: Aircraft, Sun 'n Fun, Training and Safety