Get the app Get the app
Get the latest news on coronavirus impacts on general aviation, including what AOPA is doing to protect GA, event cancellations, advice for pilots to protect themselves, and more. Read More
Already a member? Please login below for an enhanced experience. Not a member? Join today
News & Videos Training Tip: One very nautical mile
Sponsored by Aircraft Spruce

I arrived at the airport one morning ready for a day of flight instructing, rental checkouts, and sightseeing flights when I spotted something odd-looking just inside the hangar door. 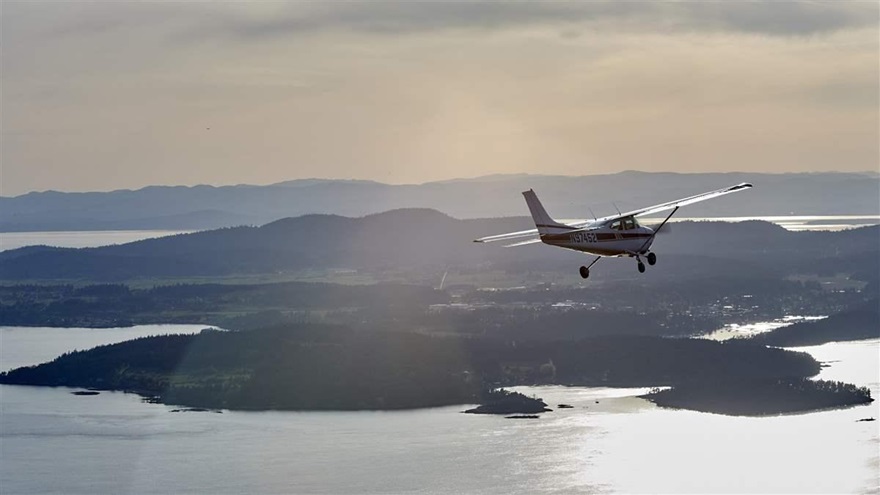 Sitting there was a plastic tub filled with water, and in the water sat a jumble of equipment from an airplane’s panel.

Our company mechanics filled me in: Someone had flown to our coastal Maine airport from New Jersey in a single-engine Cessna and lost power over the bay on final approach. The airplane ended up in the drink about a nautical mile—so to speak—short of the runway.

Sure enough, when I took off for my first flight of the day, there it was down there, up to its cowling in salt water. Fortunately, everyone aboard, and some gear, had been extracted.

A landplane in the brine is a sad sight. For a short time, as we came and went on training flights, the semi-submerged Cessna did yeoman’s work providing an object lesson on the perils of cutting it close on fuel. (The buzz was that the pilot ran the tanks dry while flying the overwater final, although an accident report approximating the event’s date has an “undetermined” probable cause.)

In any case, pointing out the airplane offshore was a provocative way to discover what questions came to students’ minds about the scenario.

Most of their questions concerned how to make flight planning as bulletproof as possible. For example, they wondered how much margin beyond required fuel reserves would be wise to add to their calculations: If your usable fuel, not counting reserves, is 40 gallons, why not plan as if you only had 36 usable gallons? Hedging fuel burn, airspeed, and groundspeed estimates extracted from performance charts in the aircraft’s pilot’s operating handbook also could help.

A private pilot applicant is expected to be able to identify, assess, and mitigate risks including improper fuel planning.

About those performance-chart figures: The safety margin you add by downplaying promised performance may merely offset some overly upbeat numbers published for your aircraft, or numbers that were valid when it was factory-new, aerodynamically slick, and flown by a professional test pilot.

One sure way to find out without getting wet is to top off your trainer before flying, then hang around after your flight until the fuel truck comes. Compare how much gas goes in to what you expected would go out.

If there’s a big difference, you’ll have questions to answer—but wondering how to fish your airplane out of the ocean won’t be one of them.