Get the app Get the app
Get the latest news on coronavirus impacts on general aviation, including what AOPA is doing to protect GA, event cancellations, advice for pilots to protect themselves, and more. Read More
Already a member? Please login below for an enhanced experience. Not a member? Join today
News & Media Terrafugia co-founder departs

Carl Dietrich, the last of Terrafugia’s founding executives still with the flying car company, parted ways April 6 with the firm he sold to Chinese industrialists in 2017. 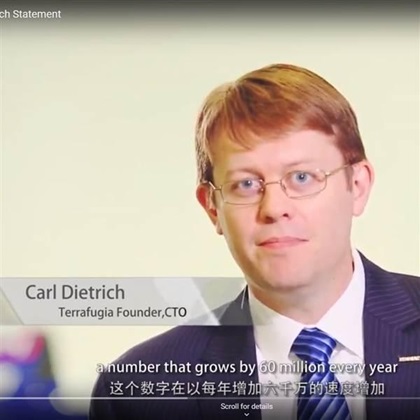 The move took some outside observers by surprise. An April 8 press release announced Dietrich’s departure, leading with news that Chao Jing has now been appointed Terrafugia’s new CEO.

Dietrich was the last remaining member of a small group of Massachusetts Institute of Technology graduates who founded Terrafugia in 2006 to build a practical flying car, envisioning that convenient personal flight in a road-worthy aircraft could change the world. Dietrich announced his pending departure a few weeks before the official announcement with a post on LinkedIn:

“After thirteen amazing years with Terrafugia, from pre-founding through acquisition in 2017, I have finally decided to step away from the company over the course of the next few weeks,” Dietrich wrote. “Thank you to everyone who made the journey possible—and to those who joined me in pursuit of the dream. I hope they all continue to do amazing things. I am looking forward to seeing what the future will bring!”

“The Board of Directors expresses their appreciation and thanks to Dr. Dietrich for his service over the past thirteen years as one of the founders of the company and a pioneer in the field of combined flying/driving vehicles. Dr. Dietrich was instrumental to the foundation and growth of Terrafugia, and the Board wishes Dr. Dietrich all the best in his future endeavors.”

The Boston-area company was created in 2006 to bring a practical “roadable aircraft” to market (to some, a “flying car,” though that terminology was eschewed by Dietrich and others). The 2017 sale to Zhejiang Geely Holding Group of China, was touted as a boon that would help speed the light sport Transition to market. The new owners had already been working with Uber on self-driving automobiles, and the urban air taxi market has also drawn a long and growing list of aerospace industry interest and concept designs.

One of Terrafugia’s follow-up projects, the vertical takeoff and landing TF–X, appears to have fallen by the boards, replaced in online literature with images of a very different aircraft, the TF–2, a concept more similar to unmanned multirotor designs than more common takes on the flying car.

It is unclear if the shifting design reflects a deeper difference, or if the new model was former CEO Dietrich’s own idea (his title changed to chief technology officer in 2017). Dietrich declined to elaborate on the press release.

Terrafugia Vice President of Operations Kevin Colburn, responding to questions via email, said Dietrich left "of his own volition, and it is a big loss to the company. We are not aware of any long-running plans on either side for his departure. We definitely appreciate the time and energy he invested in founding and nurturing Terrafugia, and we hope he is successful in his future endeavors." 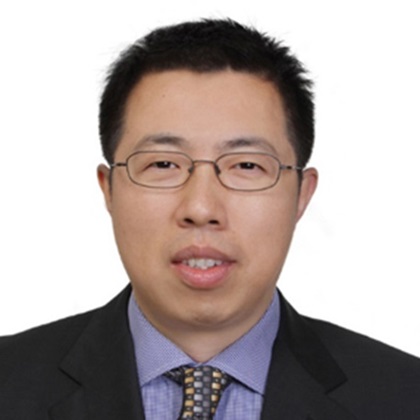 Terrafugia has not yet logged its first Transition delivery, though the firm has been promising a 2019 arrival for months. The company posted in November a retrospective on the first year under new ownership that includes a brief overview of various design tweaks made to the Transition, and the fact that deposits were being accepted. That first year as a Geely company also saw the TF–2 unveiled, while the TF–X concept disappeared from the company website in much the same way Dietrich himself was no longer mentioned by the time the press release announcing his departure was sent out.

Colburn wrote that validation testing of the first prototype of the latest Transition design is underway, and additional prototypes are being built for validation testing and demonstration to potential customers. "We continue to regularly assess the market potential for this product in the context of the dynamic air mobility industry, but we have no specific delivery-related updates to share," he added.

AOPA supported Terrafugia’s bid for an FAA exemption granted in 2016 that allows the Transition to fly as a light sport aircraft at a gross weight above the 1,320 pounds otherwise allowed (up to 1,800 pounds), and the association has welcomed company officials to speak at past events and shared their enthusiastic anticipation of the advent of a new kind of personal flying. Anna Dietrich, who also was among the founders, and also an MIT alumna, left Terrafugia in 2014, having served as chief operating officer and acting chief financial officer.

Terrafugia also announced Huaibing Wang has been named the new chief financial officer, bringing 20 years of “automotive an industrial” business experience, and described the new CEO, Jing, as a “professional business leader with extensive experience working in international companies in the U.S., China, Philippines, Singapore, Belgium and Japan.” The most overt signal of a strategy shift was a paragraph noting that with the new CEO and an “expanded focus to include near-term market opportunities, the company is poised for commercial success in air mobility.”

Terrafugia announced new hires in April 2018, though that expansion appears to have reversed to some degree. FlightGlobal reported April 5, citing anonymous sources, that the firm has recently reduced its American-based staff by about two-thirds and closed a California research facility, leaving roughly 60 employees in the United States, while new jobs have been created in China.

"To better align with our corporate strategic vision, Terrafugia has become more streamlined and focused in 2019," Colburn wrote April 10. "The two U.S. offices were consolidated into one—our longtime Boston-area headquarters—for improved work efficiency, and there was a reduction in headcount, but not nearly as drastic as reported in some media. In fact, in some engineering areas we are increasing headcount. We expect these changes to give us advantages as we expand our focus to include shorter-term business potentials and global customers."

Among a handful of aviation industry analysts contacted, none were previously aware of the changes at Terrafugia, or privy to any details of the firm’s plan; more than one agreed that a leadership change with an aviation company's first product on the cusp of delivery has potential to be disruptive.

It remains to be seen if electric vertical takeoff and landing (eVTOL) is a gold mine whose mother load waits to be discovered, or if it will suffer some other fate relegating dozens of brand-new designs to archives. 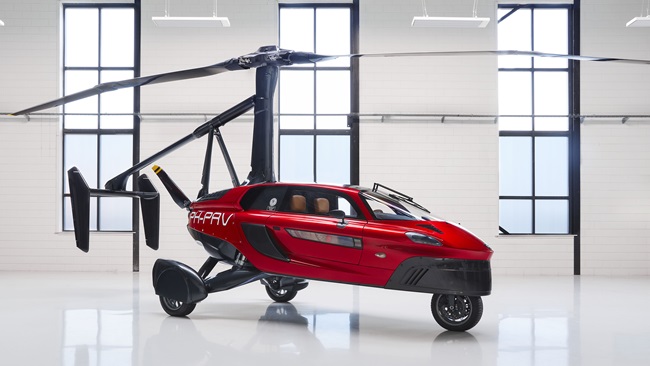