Get the app Get the app
AOPA Members DO more LEARN more SAVE more - Get MORE out of being a pilot - CLICK HERE
News & Media Aircraft Maintenance: Pitot-static system failures
Sponsored by Aircraft Spruce

I recently spent some time chatting with Designated Pilot Examiner Greg Livernois about aircraft systems failures and the topics he routinely covers during his practical tests. Livernois brought up the subject of pitot-static system failures, mainly due the frequency of these types of failures and the importance of diagnosing and adapting to them. 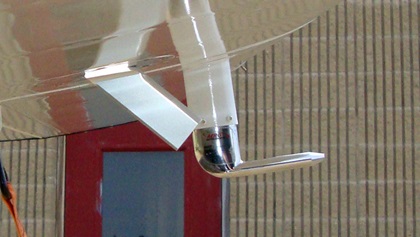 Pitot-static systems in general aviation aircraft are particularly vulnerable to failures because they lack the redundancy found in many other aircraft systems. Most GA aircraft only have a single pitot tube feeding the airspeed indicator that can be easily blocked by a mud dauber or similar insect. And, even if the aircraft has more than one static port, those can be easily blocked by water or ice, especially during the winter months. Tape gets left on the static ports after the airplane gets washed, pitot tube covers get left on, etc.

The bottom line is that it’s extremely important to inspect the system carefully during your preflight, fully understand the symptoms of a blocked pitot or static port, and have a plan for how you will handle an in-flight failure. This is especially critical for instrument pilots. Check the pitot tube and static port(s) for blockages during your walk around. If your aircraft is equipped with a static system drain, be sure that checking it is part of your preflight. I’ve known pilots to place a tissue on the port during preflight to “blot it” and see if it draws out water. I’ve also seen pilots put a gentle suction on the port to see if it’s clear, although that could be misinterpreted for being overly fond of your aircraft. If you do this, please do it very gently to prevent damaging the instruments.

The static system, on the other hand, affects your airspeed, altimeter, and vertical speed indicator (VSI) indications. A blocked static port will cause the altimeter and VSI to remain “frozen,” reporting the pressure trapped in the static system. The airspeed indicator will read lower than your actual airspeed when you fly above the altitude where the static port became blocked, and higher than your actual airspeed when you fly below the altitude where it became blocked. According to Livernois, who has experienced this failure firsthand, airspeed will drop to zero within the first couple thousand feet of your climb out.

The key to preventing and surviving these failures is knowledge of your aircraft and its systems. Ask yourself these questions.

Before your next flight, take the time to make an action plan in the event of a failed pitot-static system. Quiz yourself on what you would see on your instruments for each of the failure modes and what you would do to react to the failure. Specifically, have a plan for the following:

A sunny day is fairly forgiving for most pitot-static system failures. However, things can get dangerous very quickly in instrument conditions if you haven’t prepared for the possibility of a failure. And you should be prepared, because pitot-static system failures are much more common than engine failures. All it takes is a bug looking for a new home or rainwater frozen in the wrong location, and you’ll need to put your plan into action. I’ve personally experienced two failures in my flying career; both on VFR flights and both uneventful. Take the time to improve your preflight, review your aircraft systems, and make an action plan. Even if you never have a pitot-static system failure, you’ll be a better pilot for it. Until next time, happy flying!