Get the app Get the app
Already a member? Please login below for an enhanced experience. Not a member? Join today
News & Videos Aviation pioneer Jerrie Cobb dies at age 88 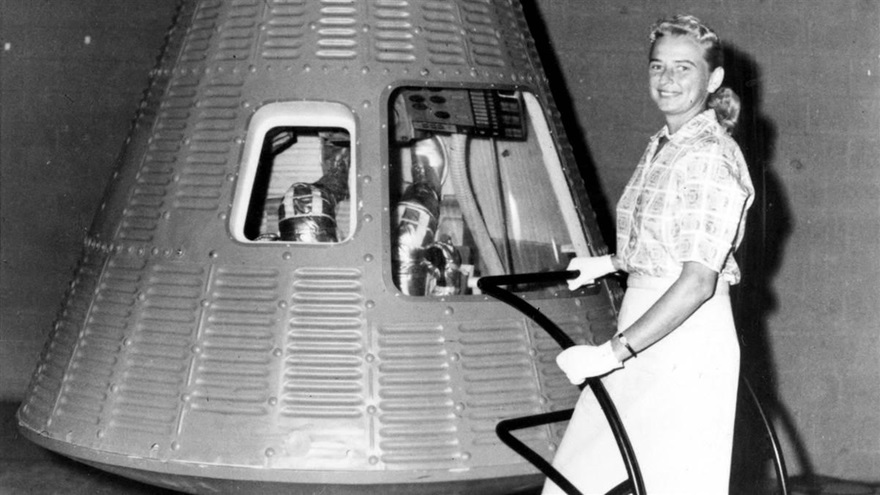 Jerrie Cobb poses next to a Mercury spaceship capsule. Although she never flew in space, Cobb and other members of the First Lady Astronaut Trainees underwent physical tests similar to those taken by the Mercury astronauts. Photo courtesy of NASA.

She earned her private pilot certificate at age 16, ferried World War II aircraft overseas at age 21, and joined NASA at age 28. She set world records for speed, altitude, and distance, and earned accolades for flight skills, and her duty to the space agency. Later in life, Cobb's humanitarian flights to underserved jungle villages earned her a 1981 Nobel Peace Prize nomination.

Cobb was inducted into Dayton, Ohio’s National Aviation Hall of Fame in 2012 and recognized as “truly a trailblazing aviation pioneer.”

NASA Administrator Jim Bridenstine said on social media that Cobb’s pursuit of science, technology, engineering, and math “has inspired thousands of women to take up careers in STEM fields.”

Cobb had her first flight experience as a 12-year-old when she joined her father in a Waco open-cockpit biplane. She earned commercial and ground instructor certificates while she was still a teenager. Income from playing professional softball allowed Cobb to purchase a surplus Fairchild PT–23 military trainer that she named Par-a-dice Lost, and she spent the next several years flying agricultural missions, pipeline patrols, and flight instructing, her biography noted.

The credentials helped Cobb land her first job as a South Florida ferry pilot flying North American AT–6 Texans to Peru. She piloted B–17 bombers—an unheard-of exploit for a female pilot at that time—and routinely flew a twin-engine Aero Commander deep into the South American jungle on missionary missions. The humanitarian flights would later turn out to be a life calling for which Cobb was recognized the world over.

When she heard about the U.S. space program that was in its infancy, Cobb leapt at the possibility of joining the space agency. She was among 13 women who were subjected to the rigorous Mercury astronaut selection process, her official National Aviation Hall of Fame biography noted. A black-and-white NASA photo shows Cobb in high heels and a skirt standing next to a Mercury capsule. 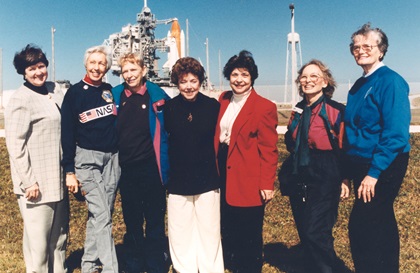 In the 1960s, when political pressure and internal opposition quashed the FLAT “Mercury 13” female space program in favor of the men who became known as the “Mercury 7” astronauts, she worked as a consultant to NASA Administrator James Webb.

The Associated Press reported that Cobb testified before a congressional panel in 1962 to end gender discrimination, years before a national movement gained traction. "We seek, only, a place in our nation's space future without discrimination," she told them.

When it appeared that the FLAT program was not bound for space exploration, Cobb left to make her mark with humanitarian flight missions. For the next 48 years, Cobb “pioneered new air routes across the hazardous Andes Mountains and Amazon rain forests.” She enabled the deliveries of medicine, supplies, clothing, and other necessities to the primitive inhabitants of isolated regions, and created “deep bonds of mutual understanding, admiration and friendship,” her Hall of Fame biography reads.

Despite turning her away from space travel, the agency saluted Cobb’s aviation accolades during a written tribute to the inaugural female astronaut trainee. She was awarded the Amelia Earhart Medal, the Harmon Trophy, the Pioneer Woman Award, the Bishop Wright Air Industry Award, and “many other decorations for her tireless years of humanitarian service,” the agency noted. In 1973, then-president Richard Nixon awarded her as "The World’s Best Woman Pilot.”

In 1998 at age 67 she met with NASA Administrator Daniel Goldin and First Lady Hillary Rodham Clinton to discuss a space trip to study the effects of aging and weightlessness. At the time, Cobb told the AP she would “give my life to fly in space, I really would,” and she nearly won the opportunity to experience outer space. However, former astronaut and then-Sen. John Glenn (D-Ohio) was instead chosen for the flight.

“As a record-setting and humanitarian pilot, she inspired many others on Earth,” helped pave the way “for all American women astronauts,” and “more than fulfilled her personal obligation in the sky,” the Hall of Fame biography noted.