Get the app Get the app
Get the latest news on coronavirus impacts on general aviation, including what AOPA is doing to protect GA, event cancellations, advice for pilots to protect themselves, and more. Read More
Already a member? Please login below for an enhanced experience. Not a member? Join today
News & Videos Technique: Turns in slow flight

When learning slow flight, a student pilot is told that controls will be mushy. 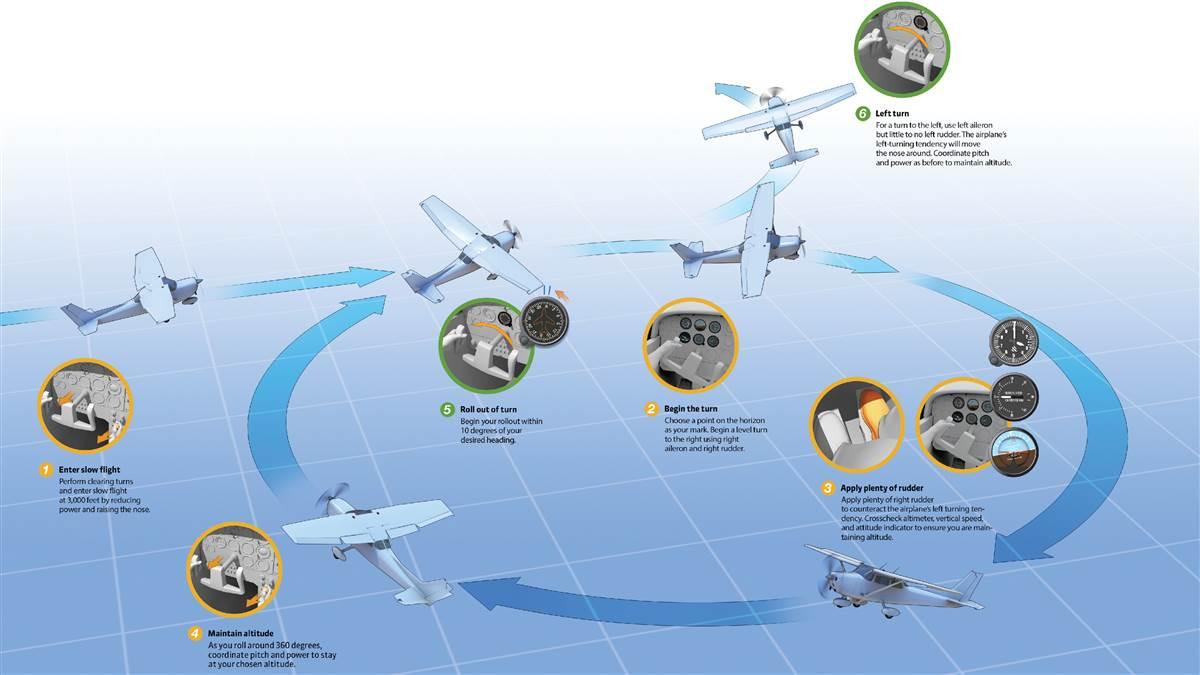 The ailerons and elevator are less responsive—mushy—because less air is flowing over those control surfaces. The point of the maneuver is to explore the full range of the aircraft’s envelope, and manipulate the airplane close to the stall speed.

If we think about basic slow flight, we recall that the airplane is flying at a lower airspeed at a higher angle of attack (see “The New Slow Flight,” February 2017 Flight Training). Hence, you may need to be exert more force on yoke or stick and rudders than you would during normal cruise flight as you work to keep the airplane at your desired airspeed and altitude.

Turning in slow flight may require greater manipulation of the controls, but the turn itself should not be dramatic—no more than standard rate. A steeper turn at a slower airspeed increases the airplane’s stall speed, so aggressive turns at slow airspeeds could result in a stall.